From Mount Allison to Matchstick Theatre 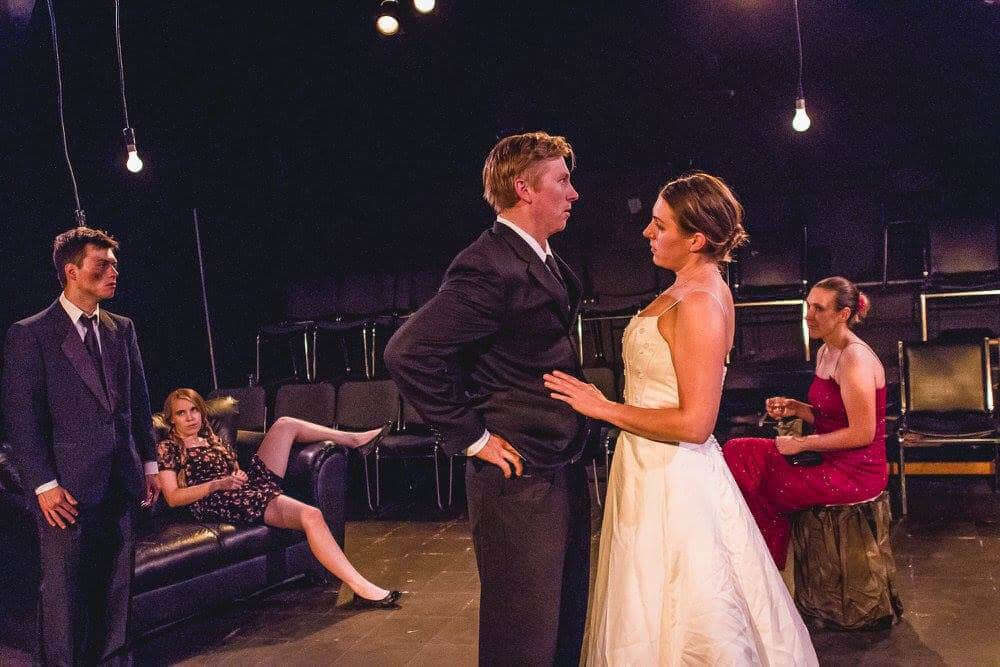 Today, he’s Matchstick Theatre’s artistic director, but Jake Planinc didn’t always hold a love for theatre. While growing up in St. Catharines, Ont., he disliked attending shows with his father.

“He’s not a theatre person at all but he sort of forced me to do it,” said Planinc on the phone recently, “which I resented for a very long time.”

However, upon seeing a Chekhov play that “blew my little mind when I was eleven,” Planinc decided: “I like this now.” He got into theatre, playing the Baker in Into the Woods before getting involved with Sears Drama Festival.

“That let me act a bunch and also I got to direct,” Planinc said. “I also met many of my closest friends there.” Mount Allison eventually recruited him to play basketball, which hindered his ability to remain involved in theatre.

Then, halfway through his degree, Planinc said he had a sort of epiphany. He quit the basketball team and was cast in a production of Enemy of the People at the Windsor Theatre (now Motyer-Fancy). This Ibsen play “was the beginning of the change for me,” Planinc said.

Planinc was seen onstage in the Windsor/Motyer-Fancy Theatre’s Possible Worlds, Noises Off and The 4-H Club before deciding to try his hand at directing again. In his time at Mt. A, he helmed three productions: a student-written play and two Chekhov shorts, The Bear and The Proposal. Yet he said his greatest lesson came from the drama program’s broad-based nature.

“You come out of that program extremely well-rounded,” Planinc said. “You understand how important every single role is to the process.”

Before graduating, Planinc said he “could feel the bubble bursting,” and began to set up a post–Mt. A career. He produced a play – ‘Art’ by Yasmina Reza – in Ducky’s to better understand the practicalities of doing theatre outside of school. Following convocation, Planinc “moved to Halifax right during the Fringe that year and went to see everything [he] possibly could.”

After this, Planinc connected with Alex Mills and Chelsea Dickie, with whom he now runs Matchstick Theatre. He said the company allows him to “do the things that [he] want[s] to do,” which include directing shows and filling an untapped niche in the Halifax theatre world.

“I figured out that nobody here staged contemporary Canadian plays,” Planinc said. Matchstick has taken up that mantle since its creation in 2015.

The standout production in their history, according to Planinc, is Catherine Banks’s Bone Cage. The play was nominated for Outstanding Production by a New or Emerging Company at the 2018 Merritt Awards.

“We didn’t win the Merritt, which sucked, but the reception from the community was excellent,” Planinc said. “A lot of people came up to us that night and congratulated us and said they were watching us carefully.”

There’s plenty to watch for. Matchstick has a full year of contemporary Canadian theatre planned, including a production of The Woodcutter by Don Hannah and John Mighton’s The Little Years. They will also partner with Neptune Theatre’s Open Spaces program to produce Michael Melski’s Joyride.

“Once a year Neptune gives a free week of rental in their studio space to an independent company,” Planinc explained. This not only eases some financial strain, but will also “be a great chance to show what we’ve got to a huge, new pool of people.”

As Matchstick gears up for a full year, Planinc wants current drama students to know that “The real world is not like school.

“The social world of it is just as important as the quality of your work,” he said. He also advised graduating drama students to “Get your friends together and do something outside of school right now, as fast as possible. It’s much easier than you think it is.”