“It has been really amazing to have had the opportunity to participate in this competition, and it was so exciting to get the news of being chosen to represent New Brunswick!” said Patterson when asked about her experience with the competition. “It is an amazing opportunity for young artists.”

Littoral Uncertainty consists of a series of photographs taken at various points along the Nova Scotian coast to document the effects of coastal erosion on the region.

“I began photographing a series of coastal erosion last summer with the idea to record a year’s worth of change along a shoreline,” said Patterson. “Throughout the fall, I was working on photographing and printing from both the series of coastal erosion and the [man-made] coastal barriers; it wasn’t until the winter that I realized they were speaking of the same struggle.” For Patterson, the series of prints represents “the tension between efforts to conserve the land and constantly being faced by the overpowering forces of the ocean.”

Patterson highlighted this coastal erosion not only because it’s an issue provincially, but because it has impacted a place that she’s known intimately all her life. “The coastline of this series … is of an area where I grew up spending a huge amount of time,” she said. “It is a familiar location, but within the last couple years it has seen a large amount of changes.”

The BMO 1st Art competition, put on by the BMO Financial Group, seeks to support young artists all across the country, giving awards at both the provincial and national levels. Additionally, the winning artwork will be displayed at the Toronto Museum of Contemporary Art later this year. For emerging artists like Patterson, this can be a fantastic chance to show their work to a wider audience.

“Littoral Uncertainty is a project that I am quite proud of, and it is really rewarding to have it recognized on such a large scale,” she said. “Coastal erosion is a big reality in this region but it is exciting to be able to share this project outside of the Maritimes.”

Patterson plans to continue documenting shoreline erosion beyond Littoral Uncertainty. However, she’s also interested in exploring other environmental issues that are important to her.

“I am working on some other projects around the theme of coastal erosion, and I have also been working with researching local birds and the threats which they face because of pollution, loss of habitat and interference with migratory routes,” she said.

“It can be easy to limit yourself because of time commitment and also the cost of supplies, which are difficult as a student,” Patterson said when asked if she had any advice to give to arts students still at Mt. A. Despite these limitations, Littoral Uncertainty was born out of a desire to do as much as possible. “I think having a large bank of images to pull from really helped me to figure out what was working and what wasn’t. It also makes you feel less pressure to have all of the photos turn out – I have a lot of bad photos as well, and that’s great because it’s part of the process!” 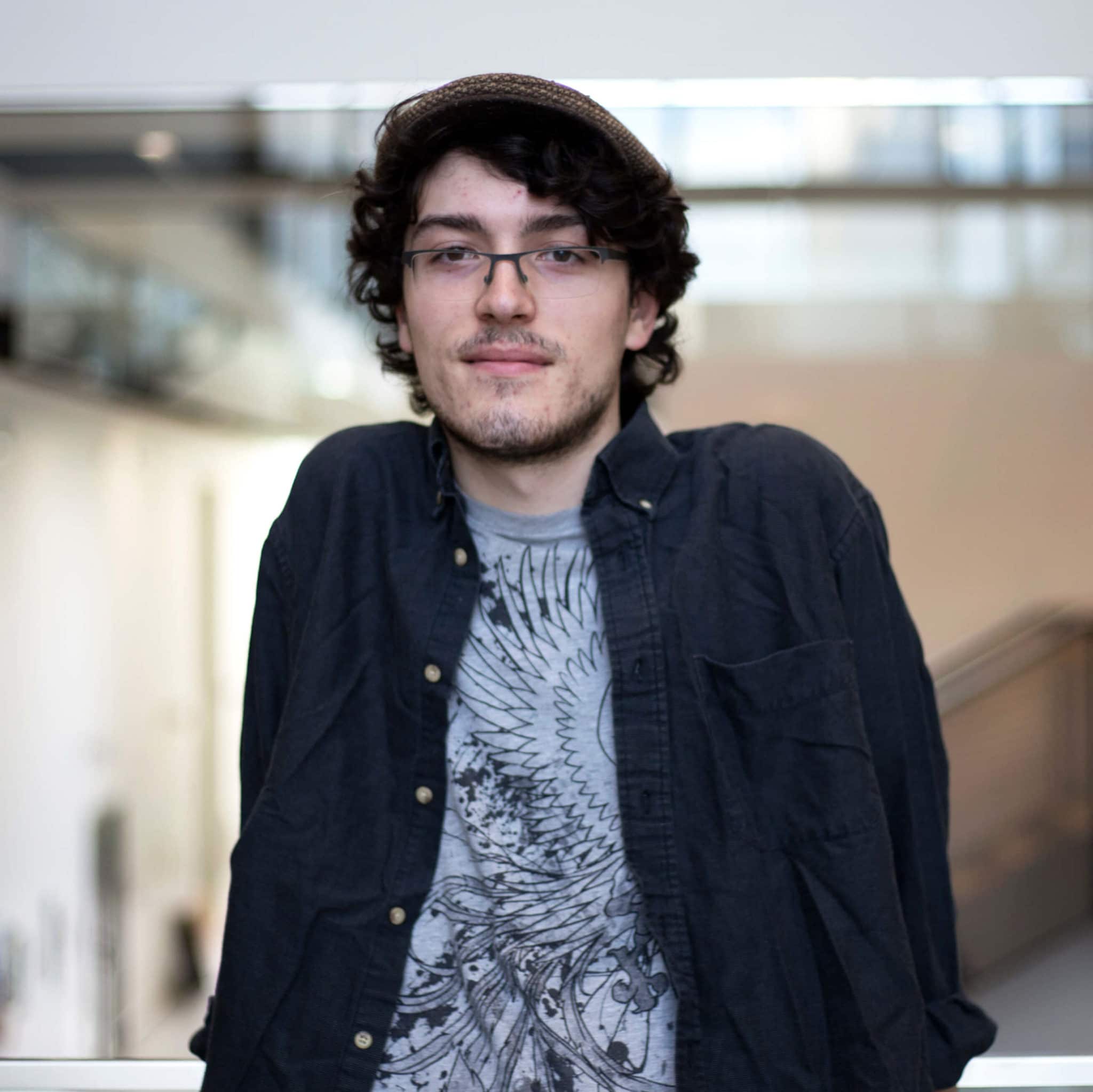 Ben Maksym
In his fourth year at Mount Allison, Ben Maksym is excited to be returning as the Argosy’s Arts and Culture editor this year. When Ben is not busy with his English major or Drama minor, you might find him in Sackville’s Waterfowl park for a stroll, or playing video-games with friends.