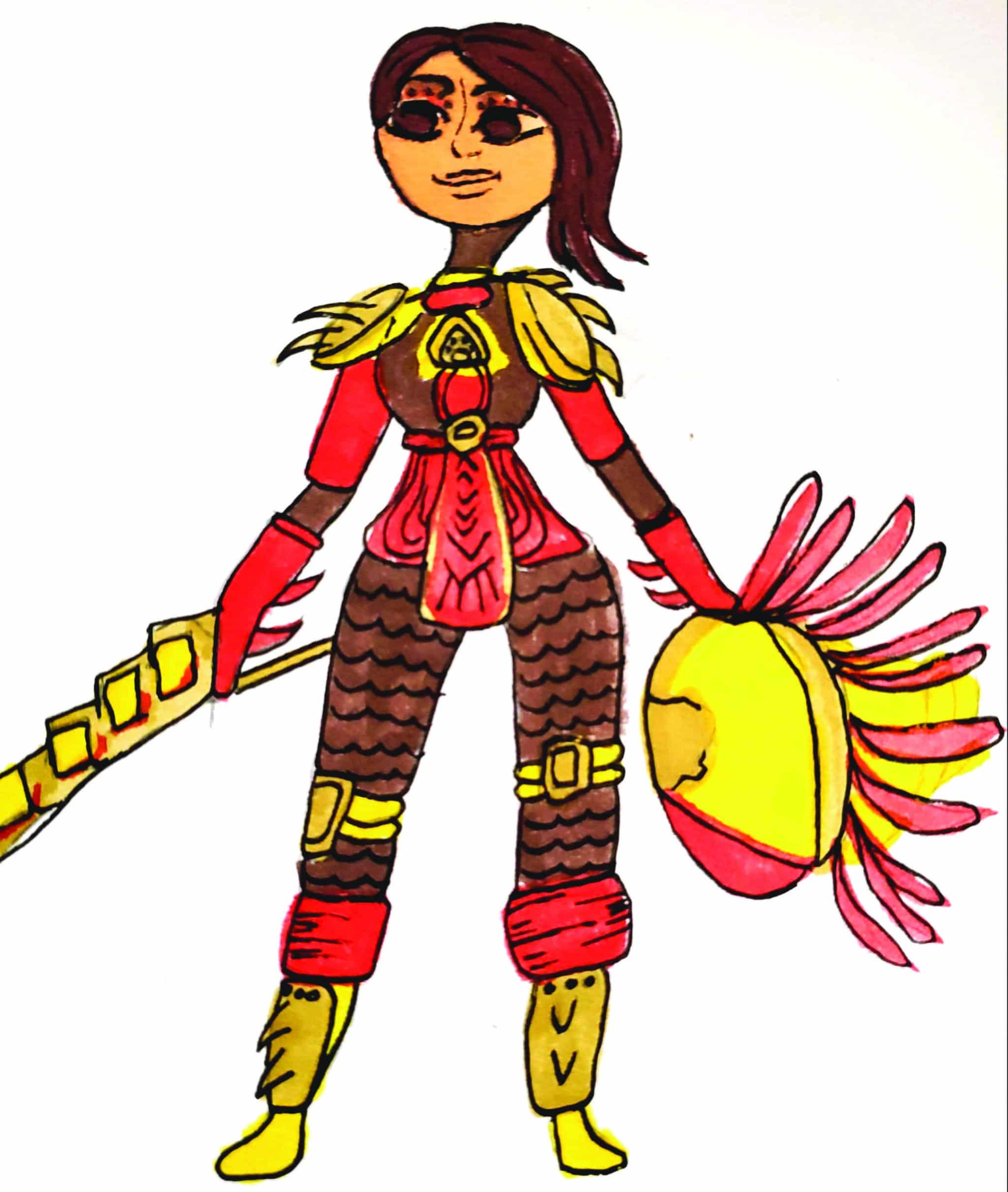 Netflix has been putting a lot of energy into animation recently in an attempt to rebuild and popularize the genre once again. Great works like The Mitchells vs. The Machines, Over the Moon, and many others have been produced as a result. Maya and the Three is the most recent addition to Netflix’s animation collection and it is fantastic.

Maya and the Three is an imaginative coming of age story created by Jorge R. Gutiérrez. The story is set in Mesoamerica and centers on Maya, a warrior princess who must travel to three lands and gather their greatest warriors in order to fulfill a prophecy, fight the gods and save humanity. A tall order for someone who just turned 15, but Maya does not back down from a challenge. This show is not for the faint of heart; it features dynamic and exciting action sequences as well as some rather bloody scenes.

It is truly a fantastic show, and I was always at the edge of my seat while watching it; you never knew what to expect. One thing I especially liked was how they introduced the characters. Not only did they show a card featuring their name and role in the story, but they demonstrated their personality right off the bat. Maya is introduced in an underground wrestling ring when she is supposed to be at the castle getting ready for her quinceañera. Within seconds, the audience can see her unwavering confidence and spirit. She is cocky, loud, and does not back down even when she dislocates her shoulder, and I love it. She is a total tomboy and is the heart and soul of the show.
Her brothers are equally fantastic, and even though they follow the trope of triplets acting the same and looking identical, they are each oddly compelling and assert themselves in small ways. Maya’s parents, especially her mother, are strong independent warriors, and I loved them the second they appeared on screen. They are like Gomez and Morticia from The Addams Family: the same amount of heart, but a lot more sass. When introducing Maya’s companions: Rico, Chimi, and Picchu, they created an entire segment for each one featuring their backstories, which I think is genius. These characters are personally my favorite part of the show; they each have such diverse personalities that balance Maya’s, and they represent the tone of the show, goofy but serious, very well. Truly, every character is unique and finds a way to leave their imprint on the show, which is very impressive considering its large cast.

I would also like to touch on the show’s animation because it is phenomenal. Maya and the Three uses practically all the tools in the animation toolbox: they use 2D, stop motion, and CG animation. Everything in the show is covered in detail and handled with the utmost care and precision. The scenes are pretty, and the character designs are all unique and very creative, especially the gods. There were so many times while watching this show where I would think ‘That looks so cool!’ when one of the gods would come out. Lord Mictlan’s face stood out most of all, being made up of two sideways skulls that form one face. The gods have a dark color palette but there are neon colours and bright highlights in their design that make them and their outfits stand out. The entire show is filled with a surplus of personality, and everything is made to look surreal despite the realistic setting, which is very creative and unique.

Maya and the Three is a well-balanced show; there is never too much seriousness or too much comedy. It is excellently written, and it feels like the viewer is in the adventure with the characters: fighting off the gods and experiencing surprise, heartbreak, laughter, and joy alongside each character. Foreshadowing is used expertly to tease the audience with what is to come without revealing too much. The dialogue makes each character feel like a person who relates to others in specific ways. There is an intriguing back and forth, and you can feel the emotion behind every character’s words. Honestly, I think this may be one of the best animated shows to come out in recent years. The show is just as harrowing as it is heartwarming. Did I cry a couple times? Yes. Did I gasp out loud at the twists? Shout at the screen when something outrageous happened? Also, yes. Maya and the Three is absolutely worth the watch for anyone who is looking for a short series to sink their teeth into.