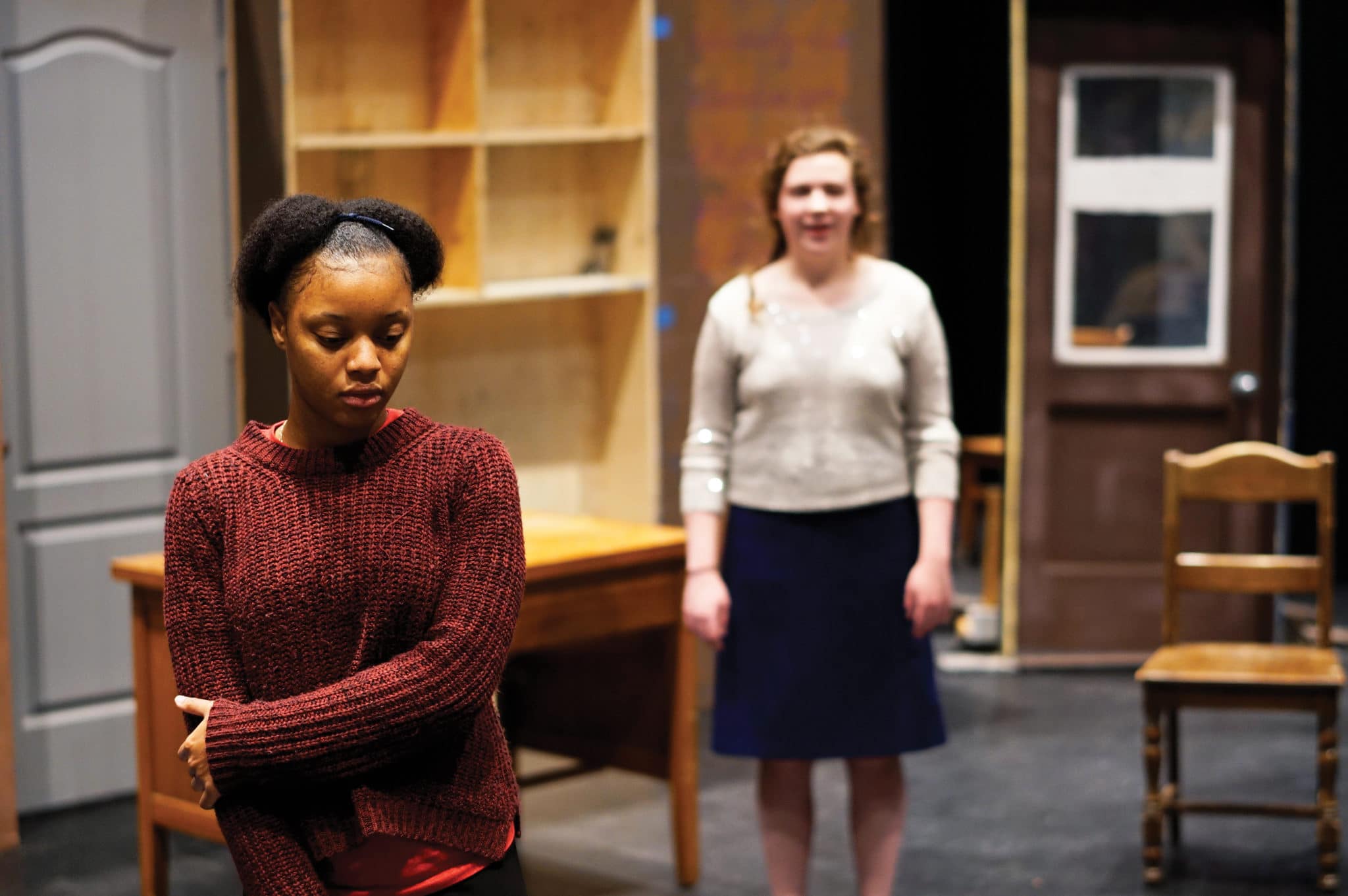 If Justin Green has learned anything from transferring universities, exploring set construction and a post-audition play change, it’s “don’t doubt yourself.”

I sat down with the fourth-year drama student last week to learn more about his theatrical experiences and how they’ve shaped his directorial debut In This World. He credits his high school years for his excitement about theatre.

“I was doing theatre and I was like, ‘I love this,’ ” he said. This love shaped his post-secondary choice: Dalhousie’s acting program. He moved to Halifax the summer before his program was to begin, but kept wondering “Why am I having so much anxiety about going back to school to study theatre?”

The answer, he realized, was the narrow field of the program. Unlike Mt. A’s broad-based drama studies program, Dalhousie students specialize in one discipline, which did not suit him.

“It’s tunnel vision,” said Green. “I want to branch out and explore my options in theatre.” Mt. A was a logical transfer because “There’s such a diverse theatre setting, you can do whatever.”

In his time at Mt. A, Green has appeared onstage in Motyer-Fancy’s How to Succeed in Business Without Really Trying and Garnet and Gold’s Legally Blonde. He has also been integral to the set construction of the past two seasons.

“I’ve been branching out and doing carpentry a lot more. That’s a side of theatre I never thought I would get into,” Green said. “Last year I helped build a majority of the sets and so this year I’m helping out with the sets even more.”

He’s now moved into a new position: director. He is currently helming Hannah Moscovitch’s In This World, which presents two high school girls awaiting punishment after a physical altercation. But this is not the show he presented at the annual season launch.

“I originally wanted to do a comedy,” said Green, explaining that he wanted to present a play that revolved around gay characters without the typical dramatic trappings of HIV/AIDS, stigma and ‘society being like ‘that’s wrong.’ ”

But the selected play had its problems, particularly “the not-even-tasteful offensiveness about it.” His new play is very different.

“It does push the envelope: it makes you think, it’s dark, it’s not comfortable,” Green said. At the rehearsal I attended, Maggie Daley and Sertara Wilkinson ran lines surrounding sexual assault and race. The play also touches on class and gender issues.

“You can feel how uncomfortable everything is. I want people not to be afraid to speak up. I want people to know that not everything’s hopeless,” he explained. He also hopes that this discomfort will allow the audience to “reflect back on themselves and think, ‘Wait. Why don’t I do something?’ ”

Dana Bidgood, the production’s stage manager, echoed this sentiment in an email. She wants audiences to learn “that words and actions have the capability to effect lives.”

The audience are not the only ones who will learn from this play. Green described the creative process of a dramatic independent study program.

Maggie Daley, who plays Bijou, has also learned from this experience.

“What surprised me the most is how much I’ve grown as an actor during this process; I’ve really learned a lot,” she wrote in an email. This growth has come from “trying to truly get into the mind of Bijou” and “sifting through the play and identifying the underlying meaning of the dialogue.”

Green, as director, is fully aware of “how much hard work everyone put into this.” He is looking forward to  creating a theatrical experience “that people can see, appreciate, critique, bash, trash, whatever they want to do with it. I’m excited for the response.”

Catch In This World during Motyer-Fancy Theatre’s Evening of One-Acts, Nov. 22 to 25.