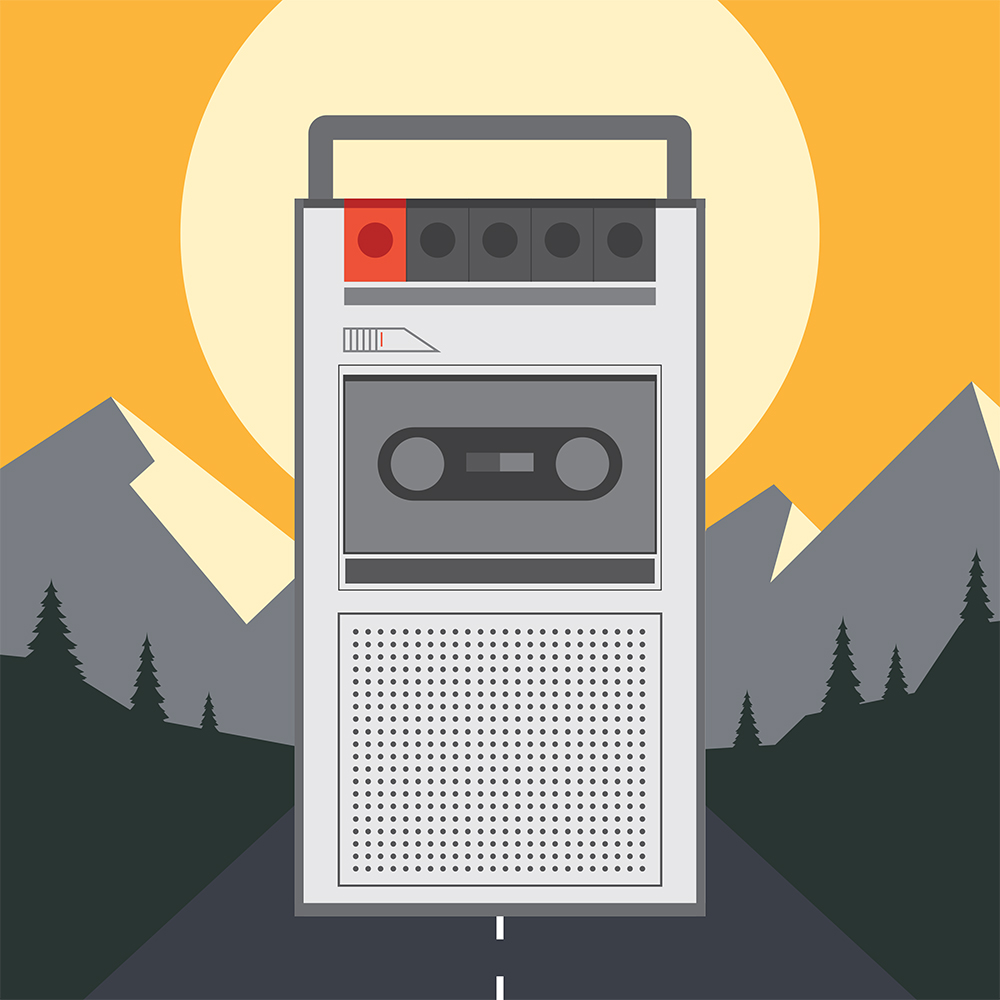 Play by New Brunswick playwright turned into a thirteen-part podcast

How far would you go to bring yourself back to your senses?

Lowell Garish’s grandmother has just died. In an effort to find himself in his newly-quiet world, he travels from Halifax, Nova Scotia to Tofino, British Columbia, including a pitstop in Sackville, interviewing locals of each town he stops in. When the world slowly starts evolving around him, his documentary of noise starts to change in a terrifying way.

Lowell’s story, and the stories of fictional strangers from across Canada, is the topic of Fredericton-based playwright Ryan Griffith’s script Fortune of Wolves. The show premiered in 2017 through Theatre New Brunswick in Fredericton. It consists of four actors who each become the characters Lowell meets on his journey. The show includes 60 plus monologues that are chosen at random by the actors before each show.

When the pandemic began, theatre artists across the world had their professional lives go dark. That was when Matt Carter, the Director of Development and Communications at Theatre New Brunswick and headrunner of the website Grid City Magazine, proposed an idea to Griffith: with no opportunities to create theatre in the newly-quiet world, he wanted to give people a safe way to create theatre through the use of their voices. With the home-grown, documentary-style of Fortune of Wolves, Carter and Griffith began the process of telling Lowell’s thirteen-month story.

Griffith and Carter reached out to their community to find performers to bring the story to life. The cast consists of people that the artists know or had been interested in working with for some time.

“We hadn’t seen some of these people for a while because of the pandemic. It felt like we were still doing something, even though the pandemic was going on.” said Griffith.

The performers in the podcast, surprisingly, are not all actors. The project consists of 66 people from all walks of life, including actors, visual artists, comedians, baristas, servers, social workers, and even a yoga instructor.

“Not all the performers have theatre backgrounds. There’s stand up comedians, visual artists, spoken word artists,” said Griffith. “We weren’t really trying to populate the performance with professional actors. We kind of wanted it to kind of have a kind of down-to-earth feeling. We wanted them to have the ticks of real people.”

Originally, Carter came up with the idea to hire actors to record themselves bringing the characters to life over their cell phones. When the sound qualities of differing cell phones were not consistent enough, the cast instead recorded live in Theatre New Brunswick’s space in the Industrial Park in Fredericton. However, Their recording booth was unlike any other; the podcast was recorded in a costume storage shop. Setting up what Carter described as a ‘little nest’ in their makeshift sound booth, the crew recorded at least one monologue a week. Griffith was present, giving socially-distanced directions, while Carter listened to the actors work their magic through headphones with an incredibly long attachment cord.

“The best place to get sound was in the wardrobe storage area—aisles and aisles stuffed with shirts and dresses and pants and suits and whatever else. Great for sound dampening,” said Carter.

After gathering feedback from a small group of their peers, the story Fortune of Wolves came to life and was produced by Big Noise Audio Collective and presented by Theatre New Brunswick. This story did not come to life without extensive editing work and dedication from the creative team, though. With Carter in charge of the recording, editing and sound design, it was a gigantic job to accomplish, but one he was proud to take on.

“It was like, ‘Holy cow, this is gonna be a lot of work to stitch together now!’ But just seeing what everybody brought to the project to meet all these people and to work with them live… everybody’s interested in the project, everybody’s love of the script, was [a] real good motivator to see the project through,” said Carter, “I think it speaks well to Ryan’s writing.”

The thirteen month journey—which, coincidentally, is the exact same duration of Lowell’s journey—is now available on Theatre’s New Brunswick’s website, as well as Spotify and iTunes.