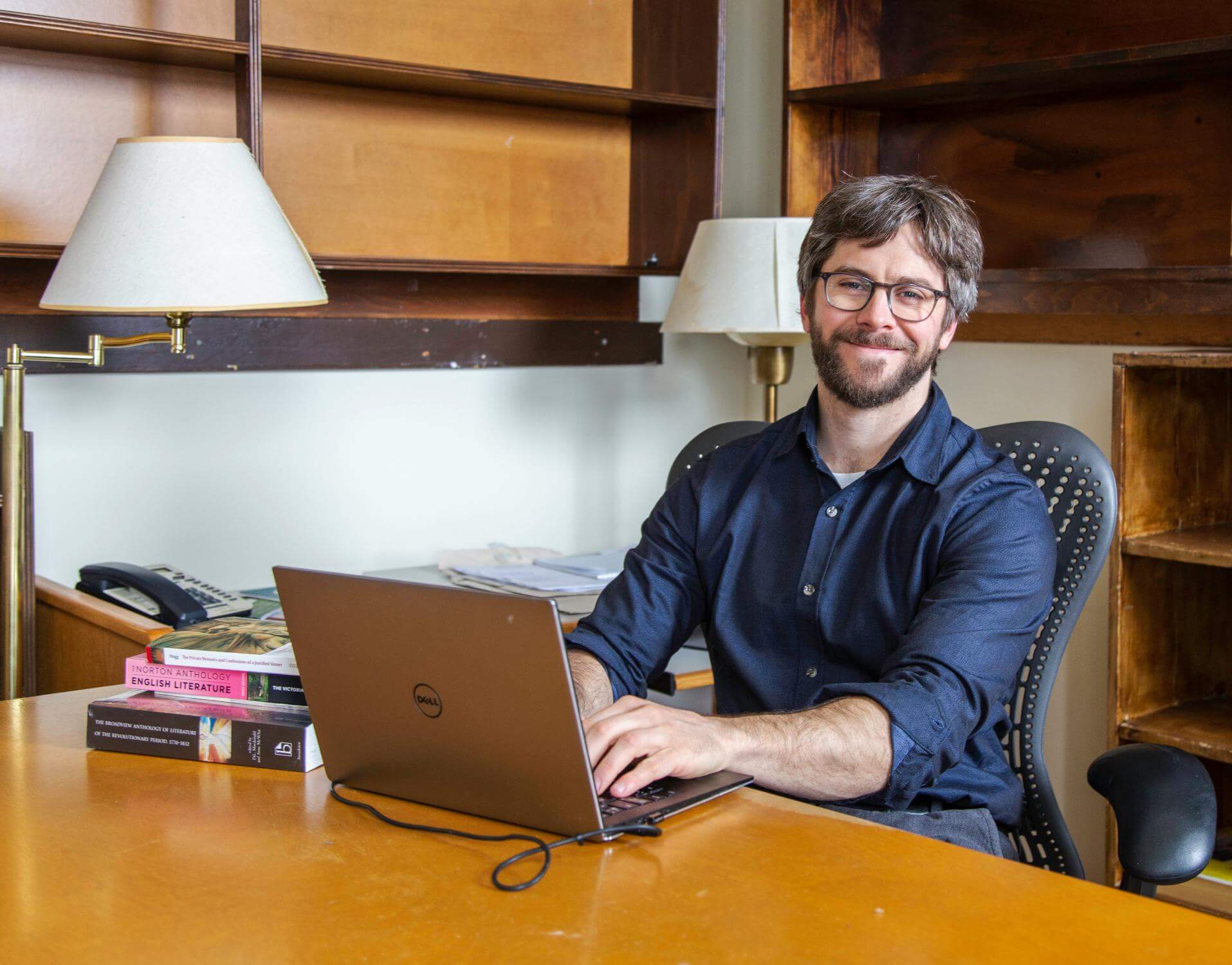 Examining ‘The Private Memoirs and Confessions of a Justified Sinner’

Last Thursday at the Owens Art Gallery, Dr. Jonathan Kerr of the English department gave on a talk on The Private Memoirs and Confessions of a Justified Sinner by James Hogg, which he called a “weird and wonderful novel.” The talk was titled James Hogg’s Inorganic Scotland: Nature, Nation and Singularity.

Kerr, who now teaches at Mount Allison, recently completed his dissertation on human identity and its relationship with the natural and social sciences in Romantic literature at the University of Toronto. In his talk at the Owens he examined nationalism as it emerged in modernity and the ways in which it interacted with nature. “The idea of the nation has an awful lot to do with new ways in which nature is being perceived and, specifically, new ways in which the human being is seen as interacting with nature,” Kerr said. “Nations conform through the unique interactions between people and their local nature.” He also looked at how nature is used in Romanticism to answer questions on human identity and human community.

The Private Memoirs and Confessions of a Justified Sinner was written by the Scottish author James Hogg and published anonymously in 1824. In it, Hogg creates the character of the editor, who introduces a found document written by the fictional Robert Wringham Colwan in the late 17th to early 18th century, over a hundred years before the editor is writing. Without going into too much detail, the document is a memoir following Colwan’s life, from his childhood under the influence of Calvinism to his gradual decline into madness, potentially due to his association with Gil-Martin, who may or may not be the devil. It’s intense. The editor then explains how they found Colwan’s body and his memoir buried in the Scottish Highlands.

“While setting out with the hope of undercovering an earthly organic tradition within Scottish history, the editor happens upon a story that bears witness to turmoil, divisions, irreconcilable conflict within Scotland,” explained Kerr. “But equally important is that the language of the natural, the idea of the natural, is actually a way of sustaining these conflicts.”

Kerr then explained how the novel offers the reader a thought experiment about the how perceptions of the national and natural intersect. Unlike other thinkers of his time, Hogg’s work rejects the idea that natural development needs to be considered for nationalistic development. “He swims against the current of the premise that understanding a group identity like the nation requires thinking about how culture develops in a naturalistic kind of way,” Kerr said. “I want to propose that Hogg gives us what we might call a post-natural understanding of human identity and group identity.”

“I thought it was scholarly but also really accessible,” said Dr. Janine Rogers, head of the English department, about the talk. “I hadn’t read the book but I understood the idea of the way we maybe sloppily conflate nature and nation. I was curious to what extent we still see that pattern in contemporary culture.”

Ainslie Campbell, a fourth-year student double-majoring in English and history, also attended the presentation. “I thought the talk was very interesting, especially these concerns about the naturalisation of Scottish nationhood, especially where it had such a fraught relationship with England at this time,” she said.

“The picture of Scottish identity that Hogg gives us in this novel lacks harmony, lacks peace, lacks even the promise of future harmony,” said Kerr. “But it also creates space for acknowledging the conflicts marking all history and for the divided nature of all communities.”