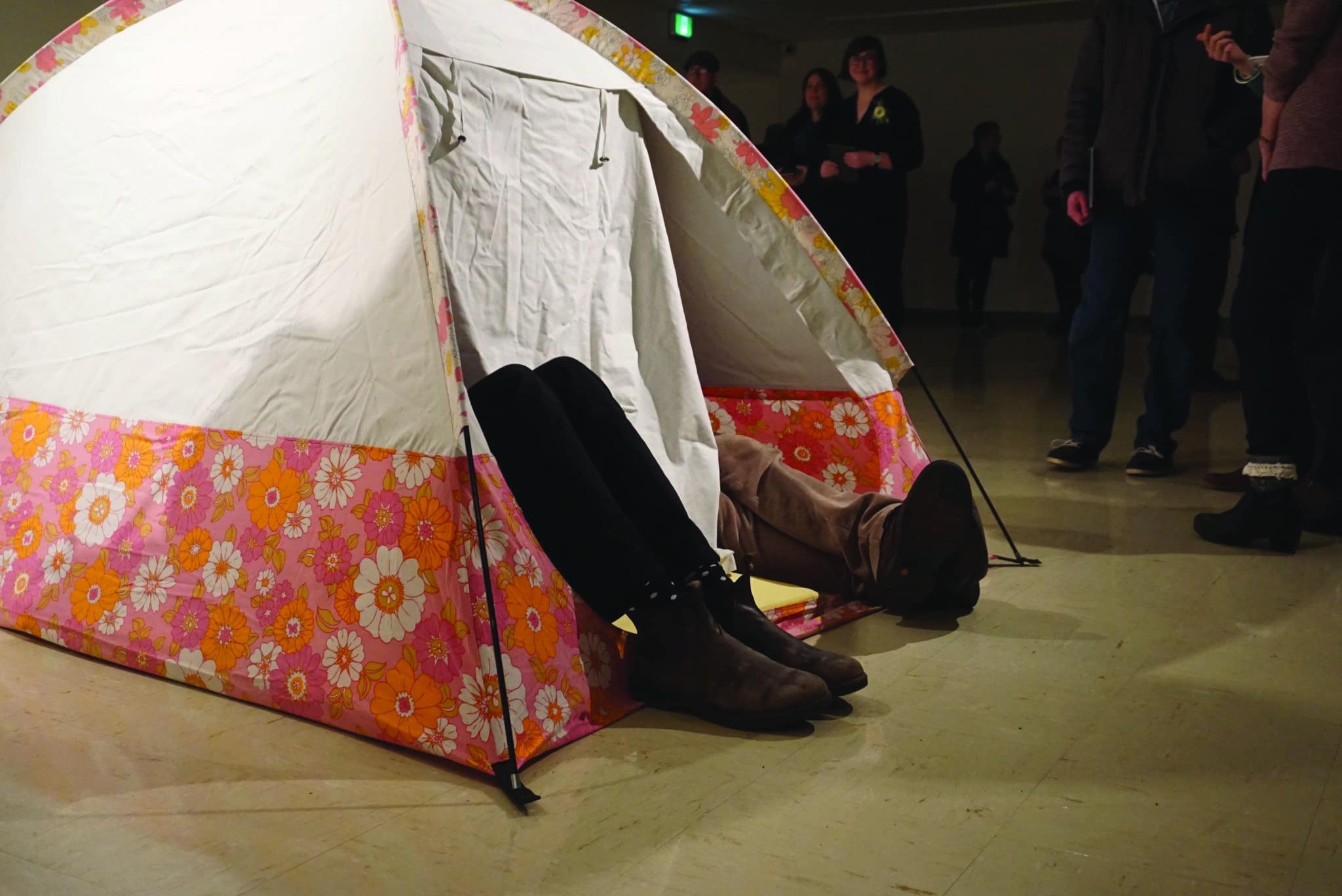 For centuries, humans have had a connection with the cosmos—a kind of cathartic relationship, eliciting feelings of reverence and awe for the unknown. “New Constellations,” an exhibition at the Owens Art Gallery, explores this relationship and our obsession with the stars.

The exhibition, initially seeming out of place in the stark white gallery, directs the viewer in a natural and fluid fashion, from video projects set up against the walls to larger pieces taking up the center of the gallery. Le soufflé d’Uranie, a 2014 animation created by La Perrière M., lies in the direct line of sight of a viewer entering the gallery. The piece “depicts [a] realistic and imagined representation of the universe,” as described by the exhibition catalogue. It draws in representations of Urania, the muse of astronomy in Greek mythology. Celestial bodies are represented on the screen, smoothly transitioning between one another. Some of the transformations feature sand-like pigment blown across the screen to create and deconstruct images. Human hands are also featured, drawing a connection between the astral and mortal.

The exhibition also features Larkin’s  animation titled Syrinx. Designed in 1965 for the National Film Board of Canada, this piece references the story of Pan, an ancient Greek god, and the myth that retells the story of the creation of his pan pipes. The animation depicts the nymph Syrinx as she flees from Pan, accompanied by Claude Debussy’s Syrinx on the flute. The charcoal medium of the piece generates smooth transitions, drawing the viewer from one frame to the next.

Leah Garnett’s Private Planetariums, which comprises three floral tents, lay in the center of the gallery. Each tent, sewn from blackout fabric and floral patterns in varying colours, represents an astrological sign: Cancer, Aries and Virgo. Inside, tiny pinholes mimic the pattern of each fabric, creating pseudo-constellations of varying scales in each tent. Cushions line the bottom, allowing the viewer to “stargaze” from a reclined position.

“New Constellations” allows the viewer to examine their own perception of the cosmos, relive ancient fables and explore the ways in which humans can connect to the stars within a gallery space—no pun intended. The exhibition will remain on display until April 6.