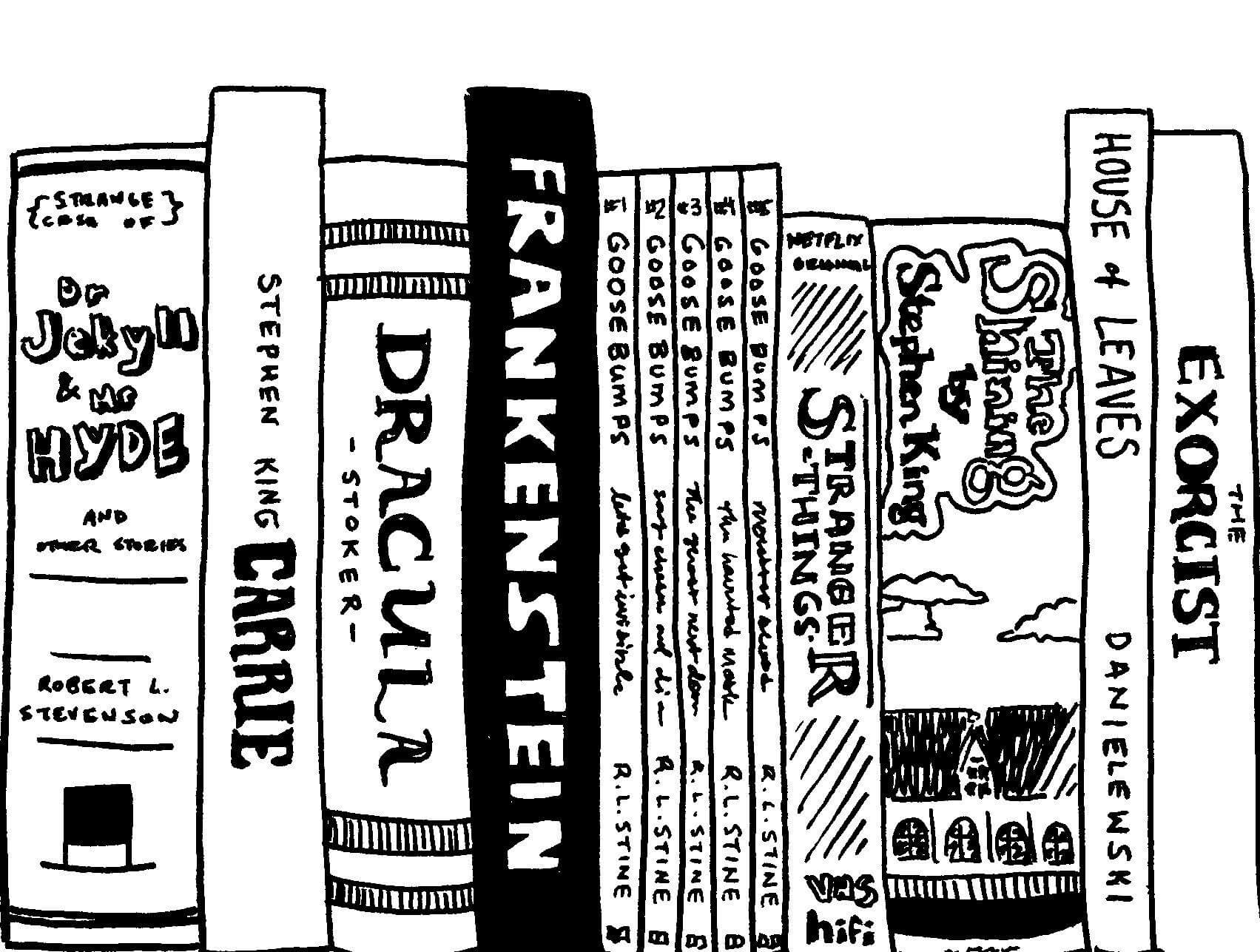 As if the current state of the world isn’t scary enough, horror novels, TV shows and movies are highly sought-after forms of entertainment. Watching a horror flick is a way of getting your adrenaline pumping in the safety of your own home. This begs the question: does horror as a genre tend to be labelled as merely a form of entertainment and not as something worthy of deeper analysis when studying literature?

Last semester, the Mt. A English department proved that the horror genre definitely warrants some attention in the literary community. I was one of a handful of Mt. A students who had the opportunity to take the Studies in Literary Genre course taught by Dr. Geordie Miller this year. Each year, a different genre is chosen for further investigation, with some years having focused on autobiography, romance, utopia/dystopia, and speculative fiction. The course is designed to look into how the genres emerged and their specific qualities and characteristics.

This time around, the genre of horror was chosen. The course looked at classic examples of horror like the film Halloween and the Stephen King novel Carrie, as well as other examples that may not be usually considered horror like Marie Clements’ The Unnatural and Accidental Women and the Netflix series Stranger Things.

So how did students take to an educational experience that dabbled with some spooky themes that were completely out of their Jane Austen and William Blake comfort zones?

“I never really saw these types of things as horror because my mind was limiting it to sensational, dramatic type narratives or films that shock with gore or extreme violence,” Cavanaugh said.

Although some may not consider reading horror to be complex enough for a university setting, Cavanaugh said, “It challenges us as readers because we have to continue to read when our minds and bodies are trying to reject the source of danger.”

Alexa Mutch, a fourth-year English and history student who typically avoids watching horror movies, went way out of her comfort zone to take this course. “I realized how broad horror was,” she said of the course. “It was not just your stereotypical horror tropes but could range to overlap with other genres.”

“I think studying literary genres – especially popular ones – opens up the discussion to what people look for in reading a particular genre, and what is attractive about it,” said Ainslie Campbell, a fourth-year English student. “I think that is an important discussion to have when we look at the literary canon and what gets represented there versus in popular culture.”

So there you have it. Once you move past the jump scares, poor-decision making and chainsaw-wielding madmen, there is a lot more to horror than meets the eye. Hopefully it isn’t too long before the English department offers this spooky selection again. Of course, if you are a scaredy cat, and don’t know where to begin with horror, I would recommend the book and TV series Goosebumps as a gentle introduction to the genre.