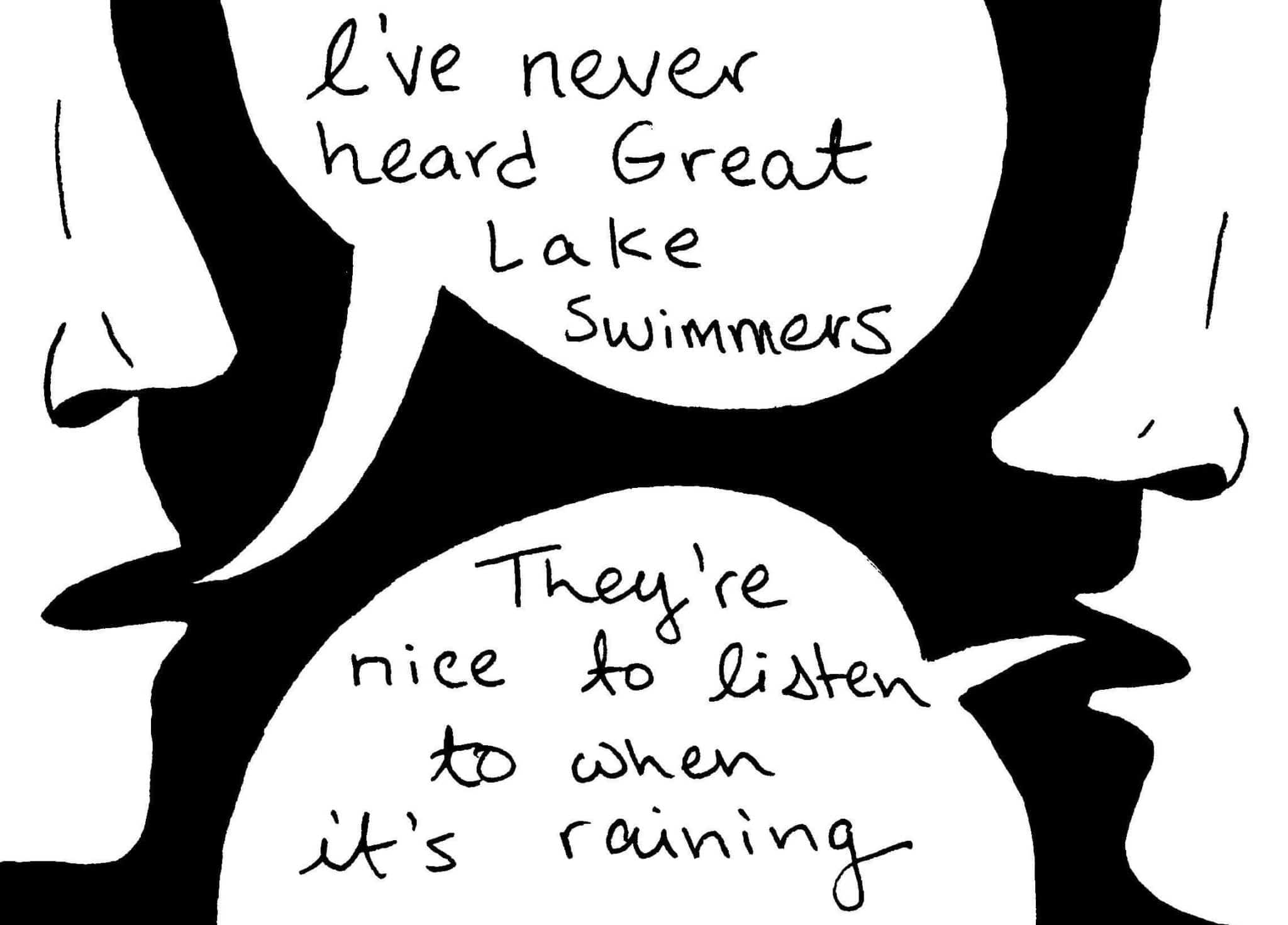 Every corner of Thunder and Lightning Ltd. (T&L) was packed with people on Sunday as Sackville welcomed back a familiar town favourite. Great Lake Swimmers, a Toronto-based indie folk band, occupied the stage in an unforgettable, and very warm, Sunday Session.

The dimly lit bar, which has become a sort of institution for new music in New Brunswick, filled early as people scrambled for seats. The sold-out show had people begging to be let in with hopes of catching even a brief moment of the set. I could tell right away that I was lucky to have a spot at the venue.

The show began with the ethereal vocals of Canadian singer-songwriter Colleen Brown. She started her set with a breakup song and captivated the audience through the whole heart-wrenching performance. Sunday Sessions at T&L are often social events with light chatter; friends catching up over beers can often be seen. However, once Brown began her set, not a word was spoken throughout the establishment.

Brown’s unpolished performance was casual, yet enjoyable. Seemingly unprepared, Brown explained that she had been having so much fun playing with Great Lake Swimmers that she was forgetting how to play her own music. There were noticeable mistakes, yes, but the way she owned them made the audience feel like they were part of the process. She made a public event feel like a casual jam in your living room. Brown owned the corner of the bar with her silky vocals.

After a brief break, Brown joined Great Lake Swimmers for a set featuring a range of songs from each of their records. On lead vocals was Tony Dekker, his voice conveying great amounts of self-reflection and deep thinking. Great Lake Swimmers write music meant to be felt. The hearts of each audience member were captured through his meaningful lyrics and the noticeable chemistry between listener and performer.

Guitar, banjo, vocals, string bass and drums filled the living-room-sized bar to the brim. Something I really appreciated was the string base boldly played by Brett Higgins. If you listened closely enough, the lugubrious strings vibrated beneath the melody as if to sneak up on the ear.

A venue like T&L doesn’t always need the sound amplification that it provides, especially for a naturalistic sound like those of Colleen Brown or Great Lake Swimmers. I think Great Lake Swimmers could do well with a more acoustic venue.

Near the end of the evening, the band was stripped down to simple guitar and vocals for a more minimalist portion of the show. Although a noticeably less energetic version of the band, the vibe somehow became more invigorating. Without Dekker’s fellow Swimmers, the lyrics gained more clarity.

Local musical colour is something that T&L welcomes each week, and that’s huge for a small town like this. The band’s international accolades are well deserved; they’re worth a listen. So download their music. It’s good for the soul.