Sappier’s ‘Finding Wolastoq Voice’ to play at Mt. A 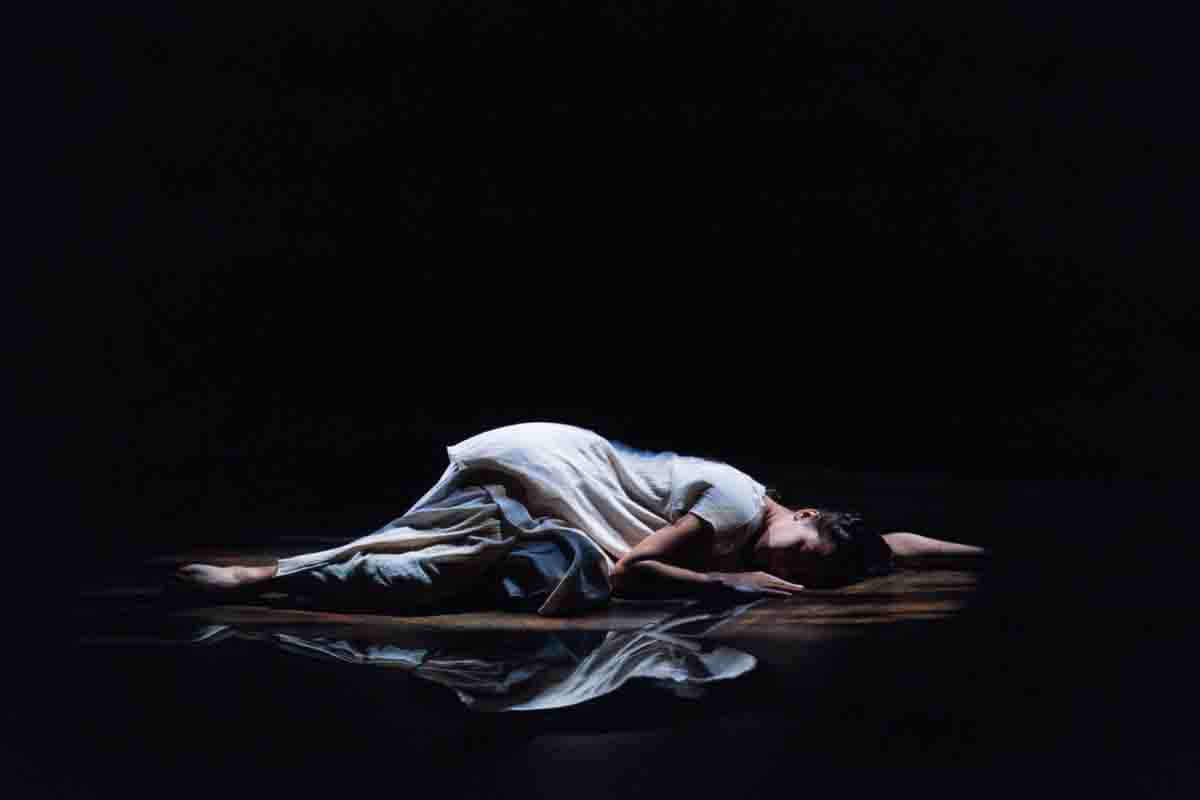 On Monday, March 26, Mount Allison’s Year of Indigenous Action will come to life onstage in Theatre New Brunswick’s (TNB) touring production of Finding Wolastoq Voice. This show marks the first time TNB has staged work written by an Indigenous New Brunswicker, as well as Natalie Sappier’s debut as a playwright.

“The story is about healing, relationships, family and my experiences as a young girl,” Sappier said in a press release. Originally from Tobique First Nation, she is not only responsible for the script, but she also composed and recorded the music and created storyboard-like paintings to guide her collaborators.

One of the collaborators is Aria Evans, the show’s choreographer and solo performer. According to the press release, the mixed-race contemporary dance artist “interprets the flow and rhythm of Sappier’s words and music.” When she’s not onstage, Evans is based in Toronto where she serves as artistic director of the Go To Company.

Evans’ work onstage is supported by Andy Moro’s set and lighting design. A production designer with a mixed European and Omushkego Cree background, he is a core creative faculty member of Indigenous Dance Residency at the Banff Centre for the Arts.

These technical elements come together under director Thomas Morgan Jones, TNB’s departing artistic director. “There’s all these beautiful words and there’s all this soaring music,” Jones said in a press release. “What we’re trying to do is find the right theatre language and dance language to be able to bring all of that to life in a three-dimensional way.”

The tour stop in Sackville will allow audiences to see Sappier’s words brought to life while also exposing them to professional theatre. “It is such an educational experience,” Colton O’Shea, a fourth-year drama student, wrote in an email. According to Paul Brisk Jr., an Indigenous student in the drama studies program, this opportunity is “inspiring.”

“It shows us the relevancy and reality of all of the work we are putting into a degree,” he wrote in an email. He is also excited by the representation Finding Wolastoq Voice will bring to campus.

“Any step taken towards Indigenous awareness and representation is an important one, but this is massive,” Brisk wrote. “I just hope that seeing the play sparks an interest in people’s minds.”

“Historically, we were not always given the chance to tell it from our own point of view,” she wrote in an email. “Our art, songs, dance deserve the space to be shared and admired.” Hassencahl-Perley, who is also from Tobique First Nation, hopes that “the audience feels a connection to us and who we are as a people.”

As someone who has looked up to Sappier, Hassencahl-Perley is excited that Mt. A will be exposed to the artist’s work. “It means absolutely everything to me,” she wrote. “She took this plunge into theatre and I think it is just so telling of the amazing artist she is and what she is capable of. I’m so excited to have her story shown here.”

Students will also have the opportunity to learn more from Sappier on Tuesday, March 27 at 7 p.m. Students can learn about what she calls “the spiral effect” in a workshop facilitated by the Drama Studies Society. O’Shea, the society’s president, said that Sappier “will share her journey of exploring a new process of expressing storytelling through performance art.”