Sexual assault and the shame game 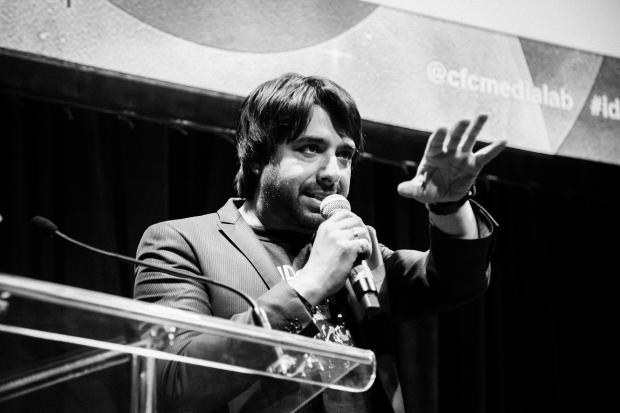 On Sunday night, a CBC radio host announced that he’d been fired. Then the Internet exploded.

Jian Ghomeshi had been the host of Q – one of the most popular radio shows on CBC – for eight years. On Sunday night, Ghomeshi stated in a post made to Facebook that a “jilted ex girlfriend” had led “a campaign of harassment, vengeance and demonization” against him.

Ghomeshi’s post sounded like someone trying to get ahead of a PR disaster. It was no surprise, then, when the Toronto Star dropped its own bombshell. Three women interviewed by the Star claim that Ghomeshi had physically assaulted them before and during sex; a fourth woman, formerly employed by the CBC, said Ghomeshi groped her in the Q studio and told her he wanted to “hate f—” her.

Since the story broke, I’ve seen the same tired complaints that pop up every time a popular male public figure is accused of sexual assault or harassment: The women should have gone to the police rather than the media; their choice to stay anonymous is a nefarious attempt to avoid accountability; they must be lying, or crazy, or both.

And now we need to step back, because this isn’t just about one CBC radio host getting fired. This is about how we react, as individuals and as a country, when victims of sexual assault try to come forward with their stories.

First off, no matter what you might believe after seeing Gone Girl, false allegations of sexual assault are no more common than false reports of any other crime. That should be obvious to anyone with common sense, given how often victims of sexual assault are stigmatized, or blamed outright, for the crimes they’ve suffered.

In fact, sexual assault is badly underreported. Fewer than 10 per cent of sexual assault victims report the crimes committed against them to police. They believe the police can’t or won’t do anything to help – and sadly, they may be right. Of the cases that are reported, only half lead to charges being laid; of those charges laid, only one in four lead to convictions. 98 per cent of those convictions are for the lowest level of sexual assault. Even vicious and violent assaults can result in conditional sentences only a few months long.

Most victims of sexual assault also fear being dismissed or blamed if they go to the police. And some victims have experienced even worse at the hands of police. In too many cases, victims are abused all over again by the very people who should be offering them protection.

At this distressing point in human history, it’s a near-certainty that any woman making a public allegation of sexual assault against a popular male celebrity will immediately be subjected to a sustained campaign of threats, harassment, and intimidation. However the Jian Ghomeshi story evolves, we shouldn’t let it become another cautionary tale of what happens to victims of sexual violence who speak up. Instead, let’s take the time to have a frank conversation about how we can better support victims of sexual violence. Clearly, it’s a conversation our country badly needs.

This article appears courtesy of iPolitics and the Canadian University Press.