What happens when you sideline the important plot points? A disastrous narrative experiment.

A note on spoilers: There isn’t much important plot in Happy End. I mention perhaps the only major point in this review. It’s the inciting incident, so I feel comfortable discussing it – but be warned, ye who enter here: there be spoilers ahead. Anyway…

I’ve never seen a film more desperate for your adoration than Happy End. Especially early on, it feels as though every frame in every shot is a failed attempt to be impressive and bold.

The film begins with a sequence of casual cruelty filmed on an iPhone, an obnoxious attempt to force the audience to self-reflect on their relationship with their personal devices. This idea is sound in theory, but in execution it fails because writer/director Michael Haneke has a stream of text, much like comments on an Instagram Live video, constantly describe what we’re seeing. The problem is the character isn’t live streaming, and even if they were, why not narrate vocally? If Hanneke can’t make a livestream or video at the start of his narrative clear he probably doesn’t understand internet culture well enough to make a film about it. This is compounded by the fact that this opening isn’t just one, or two, but three iPhone scenes just in case you didn’t get what he was going for the first two times he showed it.

This desire to impress is obvious throughout most of the film. There are frequent long takes, which are typically meant to immerse you in the film’s world or communicate something tonal or thematic. Here, they are nothing but exhausting. They follow mundane activities like characters walking through an entire hospital into a specific room, construction workers milling about and illicit messages between two characters. Haneke has already established the realism of the film, and so a two- or three-minute take of two characters entering a hospital and taking the elevator upstairs and then searching for a room without speaking is simply boring. Everybody in this movie is a terrible communicator which, while obviously a comment on modernity, is frustrating to watch as they very rarely say anything substantial to each other.

There is an actual scene wherein Eve (onenote Fantine Harduin) starts crying in a car. Her dad, Thomas Laurent (an unimpactful Mathieu Kassovitz), actually turns to her and admits he’s forgotten how to have a daughter since she’s lived with her mom for the last few years. Eve apologizes for crying. We don’t know why she was crying, and it’s never brought up again. They act like nothing happened.

The entire narrative is similarly opaque. Most scenes are tenuously connected and, at best, impossible to follow. I could tell you the film is about a young girl who murders her mother, because it kind of is. The film begins with that massive moment, dedicating the entire opening sequence to it. But once it’s finished, the film forgets about it, and the fact she murdered her mother is never mentioned again. The film is internally disconnected; every scene exists in a narrative vacuum. Theoretically this should draw our attention to the periphery of the film to search for what underlies it all. It doesn’t, and even if it did, why not just make a coherent narrative about the periphery? Why all the purposefully obtuse dialogue and narrative elements? The movie doesn’t care about what it’s showing you half the time, so I too stopped caring about halfway through.

There is apparently a method to this vacuous narrative, according to famed director Michael Haneke. With Happy End he attempts to tell a dramatic story without showing any of the big explosive moments of action, instead choosing to focus on the normal moments surrounding these dramatic ones. This is most evident with the European refugee crisis, which is supposed to be a focus of the film. However, its narrative presence is mostly relegated to subtext with only a handful of lines and a single character actively engaging with the topic. This whole style fails because, while its an interesting narrative idea, it just leads to a fragmentary mess that isn’t compelling to watch.

It’s not entirely obnoxious, however. Jean-Louis Trintignant is excellent as the aged Georges Laurent and his internal struggle against himself is the highlight of the film. The strongest scene in the film is a simple conversation between Georges and Eve. It’s competently written and filmed, and actively confronts an event earlier in the film. If only the entire film was similar.

I can’t recommend Happy End. It goes beyond the cardinal film sin of boring the audience: it’s also purposefully difficult to follow and frustratingly condescending. Don’t waste your time.

I saw Happy End through the Sackville Film Society. Find their weekly schedule on Facebook. 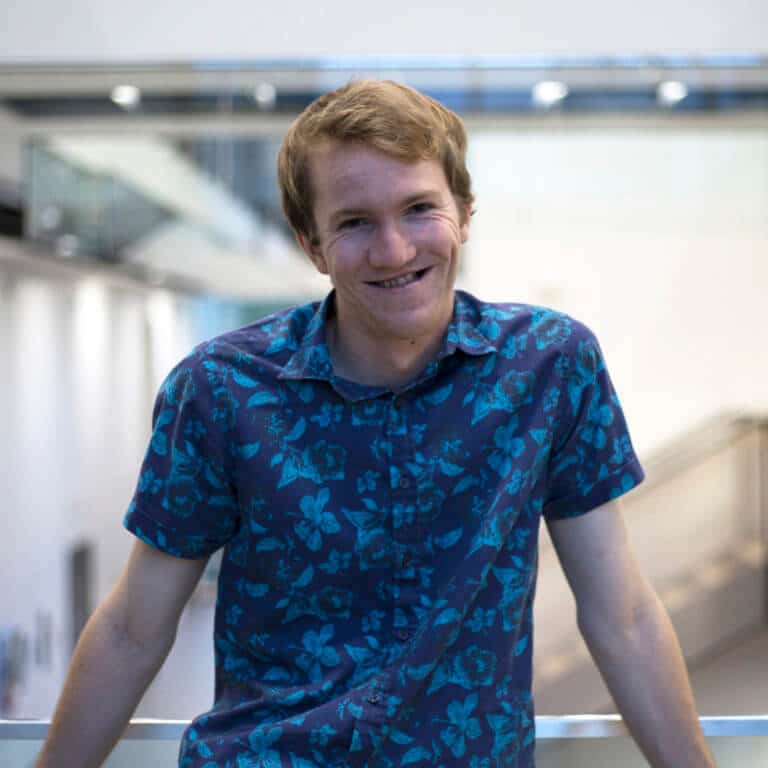