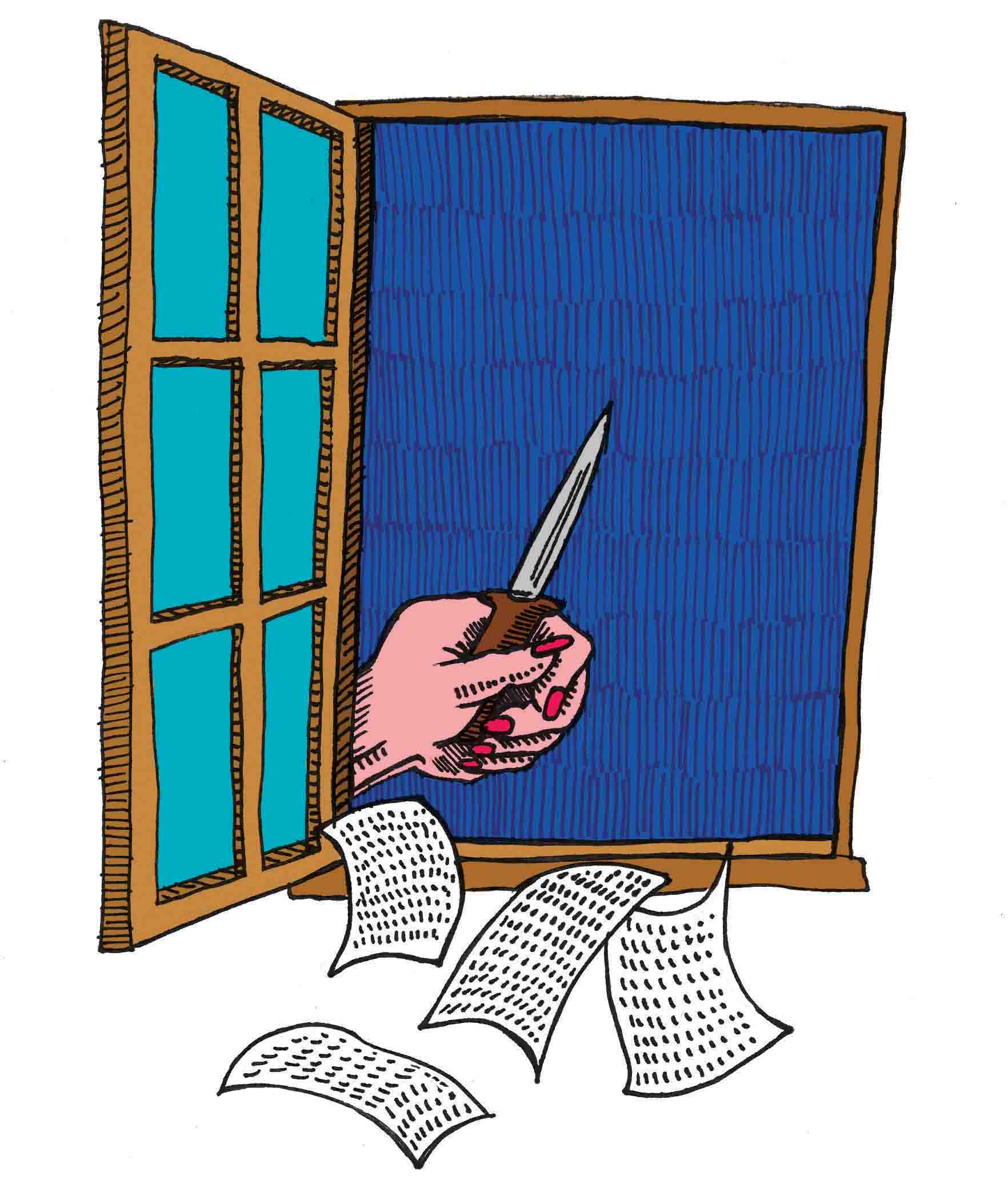 Ms. Fannon stood still as an anvil, her breath held in, attempting even to keep her hazel eyes in place. She was positioned along the side of Sir Ipswich’s house, wedged in-between the brick wall and a thick cedar hedgerow that ran the entire length of the Victorian mansion. The sound of his muttering grew louder and she caught wind of something about investments and the Orient. For a brief second she saw the hem of his khaki shorts and his sandals before his voice trailed away as he walked into his flower garden. Knowing this was her chance, Ms. Fannon crouched down, shoved open the basement window, and slid into the house.

The drop was the exact height she had expected, but she had expected an uncomfortable distance, and she collapsed when she hit the ground. Grumbling as she returned  to her feet, she found herself in a large, unfinished basement filled with dozens of racing cycles from Sir Ipswich’s youth. (The baron had been a local hero in his youth, once placing third in the Tour de Giro in Italy. Lincolnshire’s annual race now bore his name.) She reached up to slide the window closed and made her way up a staircase which took her directly into the unused servant’s kitchen. Ms. Fannon was on a mission, and she had only 20 minutes until Sir Ipswich came in from his morning rounds of the flower garden. She was loosely familiar with the house’s layout (she always snooped about at cocktail parties), and raced through a maze of rooms and then up a spiral staircase to Sir Ipswich’s study at the top on the mansion’s turret.

The study looked as you’d expect a pompous, arrogant, wormlike aristocrat’s study to look, so it needs no description. She set to work at once, pilfering his drawers and notebooks for anything to do with Herr Hansel. The old woman worked at a furious pace, but after 10 minutes she still had not found anything of interest. She peered out the window to check on Ipswich’s whereabouts and could not see him in the garden below. Perfect, that fool must still be back in the hot house. At just that moment, she heard footsteps coming up the stairwell. Panicked, she grabbed all the loose files on the desk, spun open the window and tossed them out, then leapt behind a leopard print loveseat that angled out from the room’s only corner. Seconds later, Sir Ipswich waltzed into the room, but as he crossed the threshold a cool feeling overtook him (he had a cyclist’s intuition) and he tensed.

“Who’s in here?” he whispered. Ms. Fannon was squatted, motionless, and could feel the dull edge of her knife digging into her thigh. “I’m armed!” he whispered, this time a bit louder, but no less timid.

Without thinking, Ms. Fannon stood up. “Admit it! You killed Herr Hansel!”

Ipswich was stunned. “Ms. Fannon! I… What… In the name of the Queen Mother, what business have you here!?”

“Sir, I have grounds to believe you are responsible for the murder of Herr Hansel. I’ve been privy to some conversations between yourself and Landon. Do not attempt to deny it!” Her hand felt the hilt of her knife below her dress.

“Murder!? Ms. Fannon, I’m afraid there has been some terrible misunderstanding. I was deeply saddened by Herr Hansel’s death. He was … my business partner.”

Ms. Fannon was incredulous. “And what business would that be? And what does my boy Landon have to do with this?”

“Ms. Fannon, I can assure you, I had no involvement in Herr Hansel’s death. Now please, leave my home!”

“Monty, answer my question. I tell you, I too am armed.” Ipswich began to back towards the stairwell. “Monty! If  you were not involved, then please explain this business of yours.”

Her eyes bore down on him with a power she didn’t know she possessed. “We… we… sold flowers together, in Germany. He had the contacts, I had the flowers. The petals of certain flowers, if properly pressed, are extremely valuable to the German aristocracy.”

“Please, forgive me Ms. Fannon. We sold dahlias of the rarest variety, the most exquisite I’ve ever seen. We sold the dahlias from your garden.”