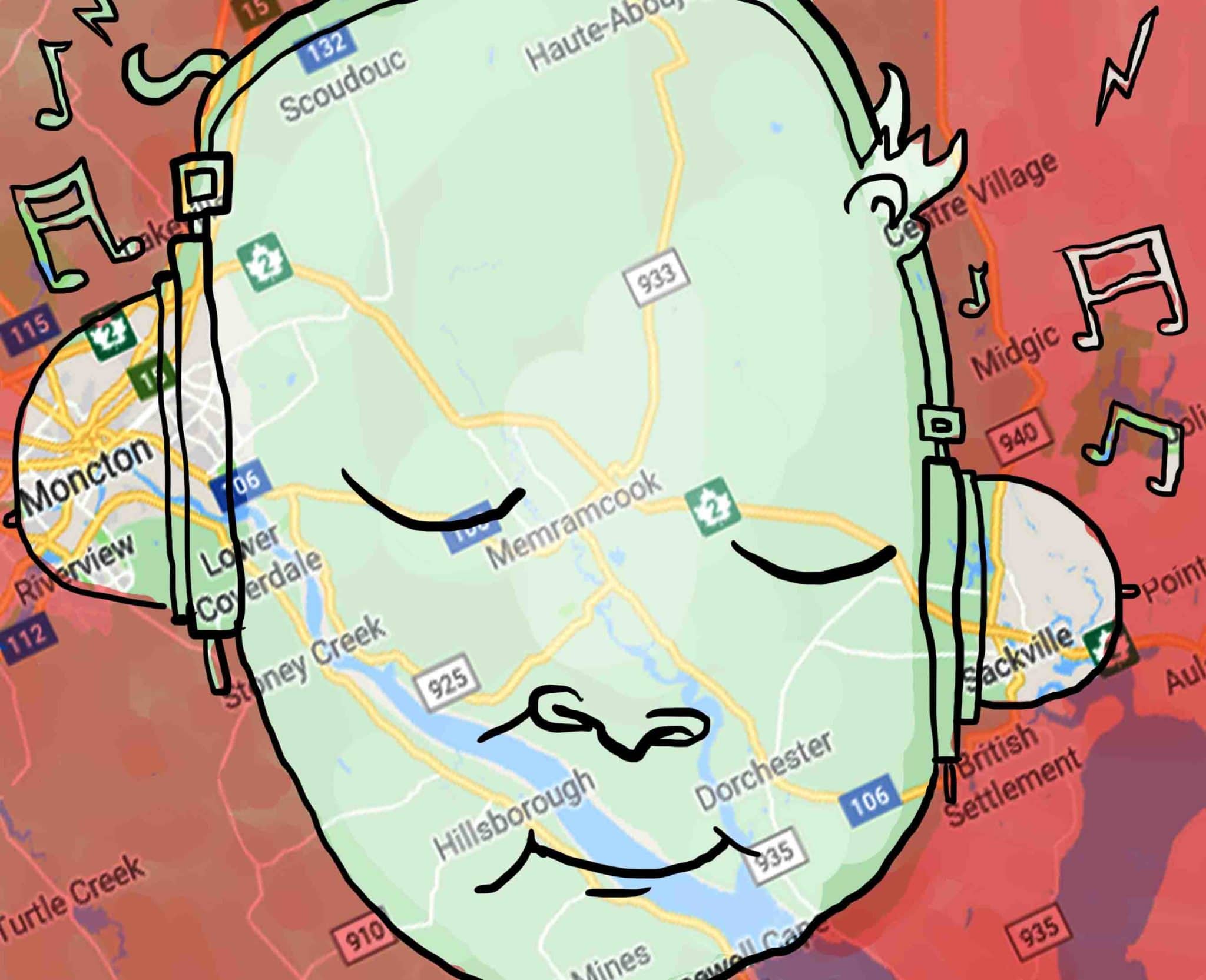 Local musicians collaborate with peers from the U de M

Last Thursday and Friday, music students from Mount Allison and Université de Moncton participated in an annual joint performance collaboration. Every year since 2004, the two music departments host an evening performance in their respective recital halls, giving students an opportunity to perform outside of their usual performance setting.

“What I enjoyed the most about Entre Amis was the range of music that was performed,” said first-year saxophonist Owen Switzer. “It was everything from Bach to Noda.”

The concert opened with an unconventional performance of Johann Sebastian Bach’s Prelude and Fugue in G minor. Rather than hearing it performed on a keyboard or stringed instrument, it was played by a saxophone quartet comprised of students from U de M, which immediately provided a type of sound quality listeners aren’t used to hearing with this particular genre.

Performances by students from Mt. A followed the first work and filled the remainder of the first half, with performances by vocalists, pianists and a flautist. Excellent storytelling was conveyed in performances of Pauline Viardot’s Hai Luli! and Hector Berlioz’s L’Île inconnue (Les nuits d’été), performed by vocalists Emily Steers and Sarah Kaye Klapman respectively.

More sizeable works were performed by pianists Madeleine Gaudette and Martine Jomphe. In IV. Air and Variations (Suite No. 5 in E major, HWV 430) by Handel, Gaudette brought out the graceful and lyrical melody through her effective choice in tempo, which allowed the work to grow in shape and intensity as each movement expanded in density and rhythmic activity. Jomphe’s performance of the third movement (Rondeau. Allegro) from Mozart’s Sonata in D major, K. 331 was engaging through her ability to distinctively display the different sections within the movement. Overall, her playing had a nice sense of flow, direction and clean articulation, which complemented the differences between the playful passages and the more singing-like quality phrases.

In Andante, the third movement of J.S. Bach’s Sonata in E minor, BWV 1034, flautist Lucie Bauby played beautifully through the melodic lines, which had an evident range of dynamics and was aided by the gentle yet supportive playing by collaborative pianist Sébastien Leclerc, producing a well-balanced performance.

Following an intermission, the second half opened with a soothing performance of Claude Debussy’s Arabesque No. 1, arranged by E. Baranzano and performed by guitar student Caleb Bourgeois from U de M, which was fitting in terms of programming order, given the extreme contrast of the following work.

The next piece, Improvisation II, written by Japanese composer Ryo Noda for alto saxophone, was performed by Mt. A saxophonist Jack Smith. The piece consisted of an abundance of resonant and high-pitched sounds. Smith took full advantage of this contemporary work in his performance, which was engaging not through the beauty of the melody (which was scarce) but rather through the unconventional and intriguing techniques employed at various dynamic and pitch levels, such as multiphonics (loud growl quality) and bisbigliando (colour trill or whisper tone).

A return to regular harmonic structure was found in French horn student Luke Rayworth’s performance of the first movement of Beethoven’s Sonata in F major for Horn and Piano, Op. 17. Leclerc continued to do an excellent job, through the flexibility in his playing, of helping the soloist give the movement energy and life, making Rayworth’s entries bold and stately.

Jocelyn Blanchette’s performance on the marimba of the third movement from Emmanuel Séjourné’s Concerto No. 1 was one of the highlights of the program. Performing alongside collaborative pianist Nhat-Viet Phi, Blanchette’s piece came across as virtuosic within the opening sounds through the impressive complexity of rhythmic intensity and density, further highlighted by the swift tempo.

The concert concluded on a light note, with a funny performance of What a Movie! from Trouble in Tahiti by Leonard Bernstein from vocalist Sarah Sharpe. Her acting was on full display in this comical aria, a perfect end to a program of varied works by the talented student musicians New Brunswick has to offer.

“The Entre Amis concerts are a fantastic performance opportunity for Mt. A and Université de Moncton students,” said third-year vocalist Emily Steers. “Not only is it a great opportunity to perform in unfamiliar spaces in front of a new audience, it’s a chance to meet other students like us and share in this experience.”