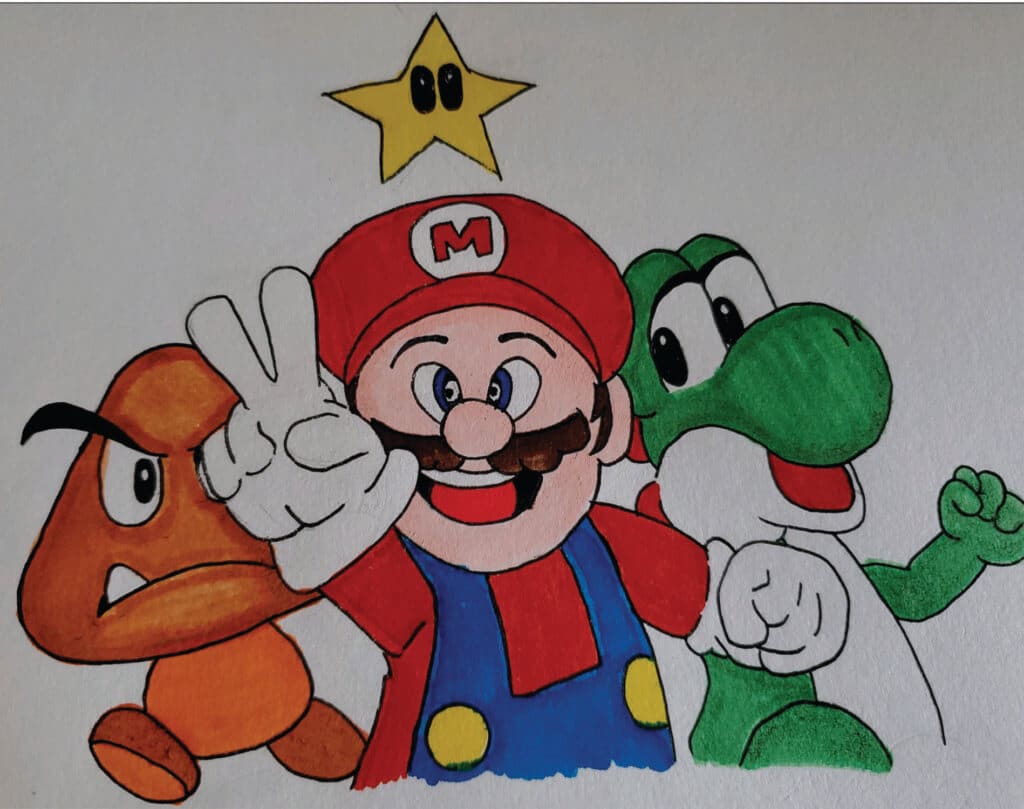 Is it worth it?

Recently, Nintendo came out with a package deal that includes three of their most iconic games for the price of $79.99. I am a student (with a student budget), so when I saw the price tag I was taken aback. I didn’t hesitate to make this purchase, but. I am a little biased considering I am a Nintendo super-fan.

Each game features various levels. In each level the player must collect stars (shines in Super Mario Sunshine) that will lead you to more levels until you eventually defeat the villain. These games differ from traditional Mario games found on older consoles such as the Nintendo Entertainment System which was released in 1986. 2D platforms games such as these have a timed set path you must follow in the level rather than being able to go where you please. Games like this are also found in later consoles such as the Nintendo Wii’s New Super Mario Bros Wii.

I personally was most excited to play Super Mario Galaxy. I first played the game in 2011 when I got my first Nintendo Wii and soon after based my entire personality after the Mario universe. I really enjoyed the creative levels, and all the different characters I could interact with. At any given time of day, I could be found listening to the soundtrack or daydreaming about Yoshi.

The students I spoke to had varied responses to what they thought about the price, but they all had fond ideas and memories about these games and were excited about the re-release.

Second-year English student Isabella Lirette, another player of the game, said she is most fond of Super Mario 64. ”I like how they kept the original content but improved the quality and mobility” Lirette said that she first learned about this game as a child and played the game originally on the re-release of the game for the Nintendo DS. In terms of cost, Lirette said that she does find the price tag a little steep, “but the game is so much fun that I don’t regret buying it.”

“I think it’s great to have a re-release like this because the general age of buyers is people who were kids when the older games came out, so instead of continually putting out new games and concepts they brush up a few classics and put it in a bundle. Plus, it’s the price of one game but you get three which is awesome” said second year BFA student Maria Lutz.

Second year Philosophy student Taylor Hastey mentioned: “I used to play Super Mario 64 on the DS all the time.” He agreed with Lutz, saying: “I think three Mario games for eighty dollars is pretty decent.”

“For a collection of three games that were released all more than ten years ago with no graphical upgrades or anything it costs the price of a newly released triple A title. I think that’s a little much, but I’ll buy it anyways,” said second year chemistry student John Lee, who has also purchased the game. “This lets me relive childhood memories of playing Super Mario Sunshine, a game I haven’t played in a while since I don’t have a Nintendo GameCube.”

To sum it up, eighty dollars is not a small sum of money, and the game could easily be considered expensive. However, it brings up a lot of nostalgia and fun for players who are familiar with the game and creates fun experiences for new players. In comparison to other games, the Mario Universe is such a creative and happy place for players to explore. Nintendo has been consistently blowing away its audience with new amazing and creative games so it is nice for them to return their roots. For hours of great adventures and puzzles featured in these three blockbuster games, the price tag is worth it.

Zoe Hunter
Zoe Hunter is a News Editor for the Argosy.