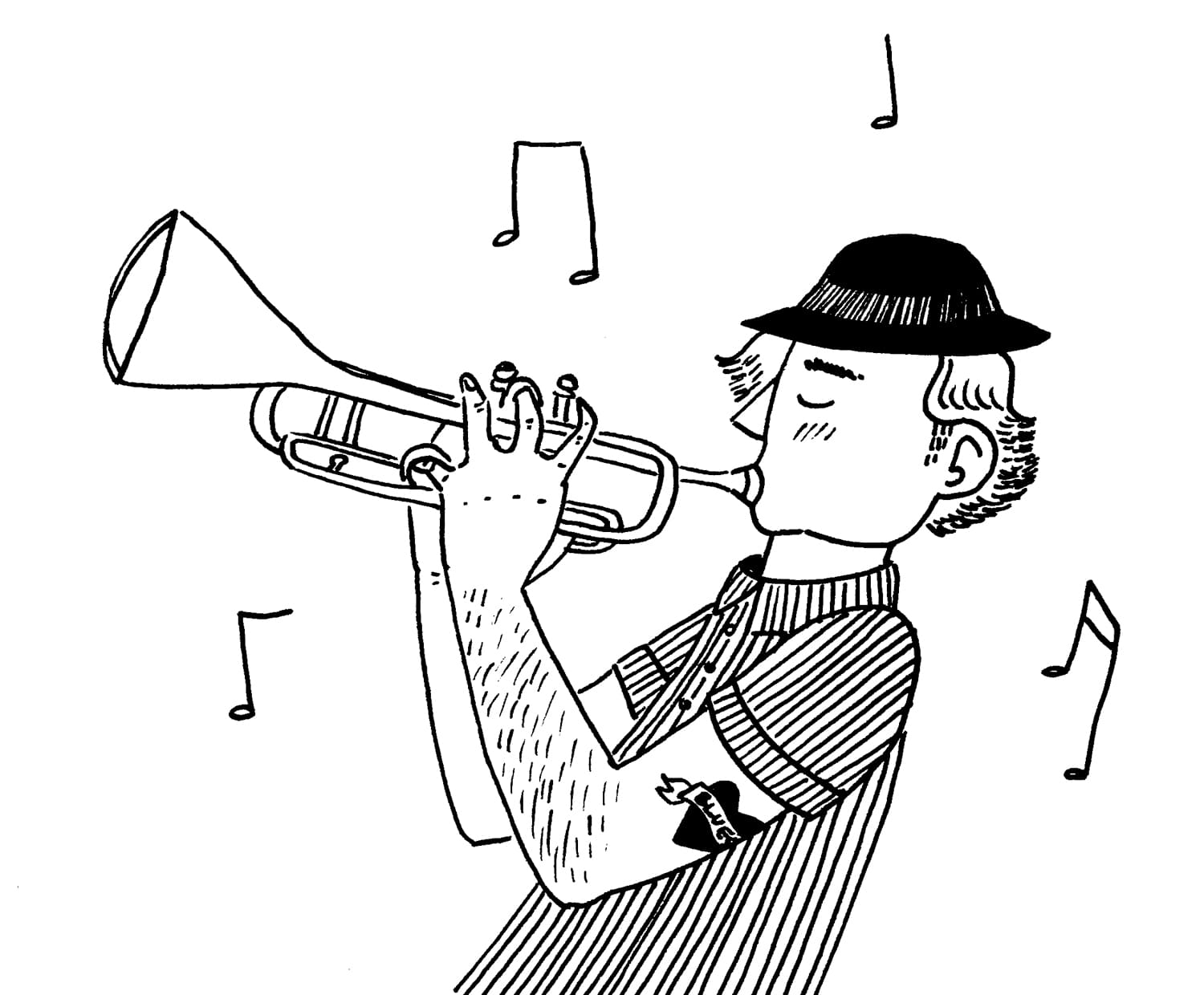 Once a three-storey hotel and now a small-town music club, George’s Roadhouse is perhaps a forgotten gem in the town of Sackville. Despite the fact that its doors closed to the everyday public years ago, this secluded venue has been the active stomping grounds for the Tantramarsh Blues Society for nearly 20 years. Every few months, George’s Roadhouse comes alive again to the sounds of smooth and groovy guitar licks, stylish keyboard solos and a steady walking bass.

The Tantramarsh Blues Society is a non-profit group which has been bringing nationally and internationally renowned blues musicians to Sackville since 2001. Spearheading this operation is Dr. Roopen Majithia, a philosophy professor here at Mount Allison.

Majithia is no stranger to the blues. After being exposed to the urban blues genre of Chicago while attending Northern Illinois University, he was inspired to start a blues society right here in Sackville. Having grown up in India, Majithia says he is able to resonate with blues music because connections can be made between Indian music and blues. In particular, he says, the two genres share a deep connection through the use of microtonal note structures. As artistic director, Majithia arranges for the bands to come in and helps out with the execution of these events. Some big names brought in by the society are Sugar Ray and the Bluetones, MonkeyJunk and Watermelon Slim, among many others.

Seventeen years ago, Darren Wheaton, the owner of Ducky’s and George’s Roadhouse, was approached by Majithia about a location for the society’s events and agreed to open the otherwise-closed Roadhouse for blues concerts. Together with CHMA and the Argosy, they started the society with high hopes that it would take off and bring a new music scene to Sackville.

Although the society continues to hold events, the attendance has unfortunately gone downhill over the past few years. There are some very loyal blues fans who can often be seen tapping their toes in the crowd, but nonetheless there are fewer people in general.

“The biggest loss for me is the students. Musical tastes have changed,” Majithia said. Majithia said he feels that having young people among the audience adds energy to these concerts, but that the sad reality is that students just aren’t as interested in blues music these days. “When young people are there, it means the music lives on,” said Majithia. To encourage more students to come, the society offers a student price of $10 at the door.

George’s Roadhouse was voted one of the top 10 live music clubs in Canada in a CBC Radio 3 poll in 2009. In a contest where you would think that the hippest clubs in the largest cities would win by a landslide, you find George’s: a small venue in a small town. The Roadhouse’s relatively small capacity of 200 people and its rustic vibe make it the perfect location for intimate performances.

The Sonya Rae Taylor Band of Boston, Mass., played one such intimate performance in September, kicking off the 2018-19 season. John Dale, a third-year international relations student, attended this event as his debut to the Blues Society world. “As someone who is all over the different music scenes in Sackville, the Tantramarsh Blues Society is probably the only group that doesn’t make a first-time goer feel like an outsider,” said Dale. “It feels genuinely welcoming.”

The society is looking forward to holding an upcoming concert of the Anthony Gomes Band later this semester. This singer and songwriter, according to the Blues Society website, has his own take on reinventing the blues: “The blues is old, but not tired. It speaks as truthfully today, and for this generation, as it ever has,” Gomes said.

The society hopes to see more students in attendance in Sackville on Nov. 23 and 24.