“Although the Sweetest Little Thing has evolved over the years, the heart of the event remains the same: a fundraiser that is also very much a community event,” said Lucy MacDonald, the curator of education and community outreach at Owens Art Gallery.

The Sweetest Little Thing’s 21st annual event took place last Friday at the Owens. The fundraiser is a joint collaboration between the Owens and Struts Gallery & Faucet Media Arts Centre.

“The partnership that the Owens Art Gallery and Struts Gallery & Faucet Media Arts Centre has is an important one,” said MacDonald. “We have a long history of collaborating on special programming, and have often worked with the same artists in different capacities. Joining together for this fundraiser is another way to support each other and draw on our collective strengths.”

Although the event typically takes place on Valentine’s Day, this year the event was postponed to Feb. 28 to celebrate Leap Day, due to the Mount Allison faculty strike.

The biggest element of the fundraiser is its live art auction, with 95 artists contributing pieces of artwork. Works varied from their message to their medium, with the main unifying factor being their smaller size.

“Some artists year after year donate works – [including] incredibly prolific artists like Graeme Patterson and Anna Torma, who just won the Governor General’s Award – but also artists who have new relationships with the Owens and Struts donated this year which is amazing,” explained Rachel Thornton, the curator of digital engagement at the Owens. “It’s really special. Faculty [also] donate work and we invite the third-year students in fine arts to donate work too. So it’s kind of an interesting mix of emerging and established artists.” Works from local, national and international artists were included in this year’s auction.

Many of the names on the walls would be familiar to those who have attended other events at the gallery. Works from artists like Janice Wright Cheney, Anna Torma and Laura Vickerson are in the Fairy Tails exhibit that opened at the Owens earlier this year.

Although the fundraiser’s main activity is the live art auction, there is also a cakewalk, an Instant Lovin’ photo booth and a sweetest little treats table.

Community members and local businesses alike donated cakes to the cakewalk. Similar to musical chairs, participants circle the cake table, stopping on numbers on the floor when the music stops as well. A number is drawn and whoever is standing on the corresponding number wins a cake. This year, it seemed as if every cake was won by the children who attended, with many coming away winners. One memorable cake featured a pile of donuts in the middle while another was decorated as a bumblebee. Three cakes were chosen by an assortment of judges as the winners. 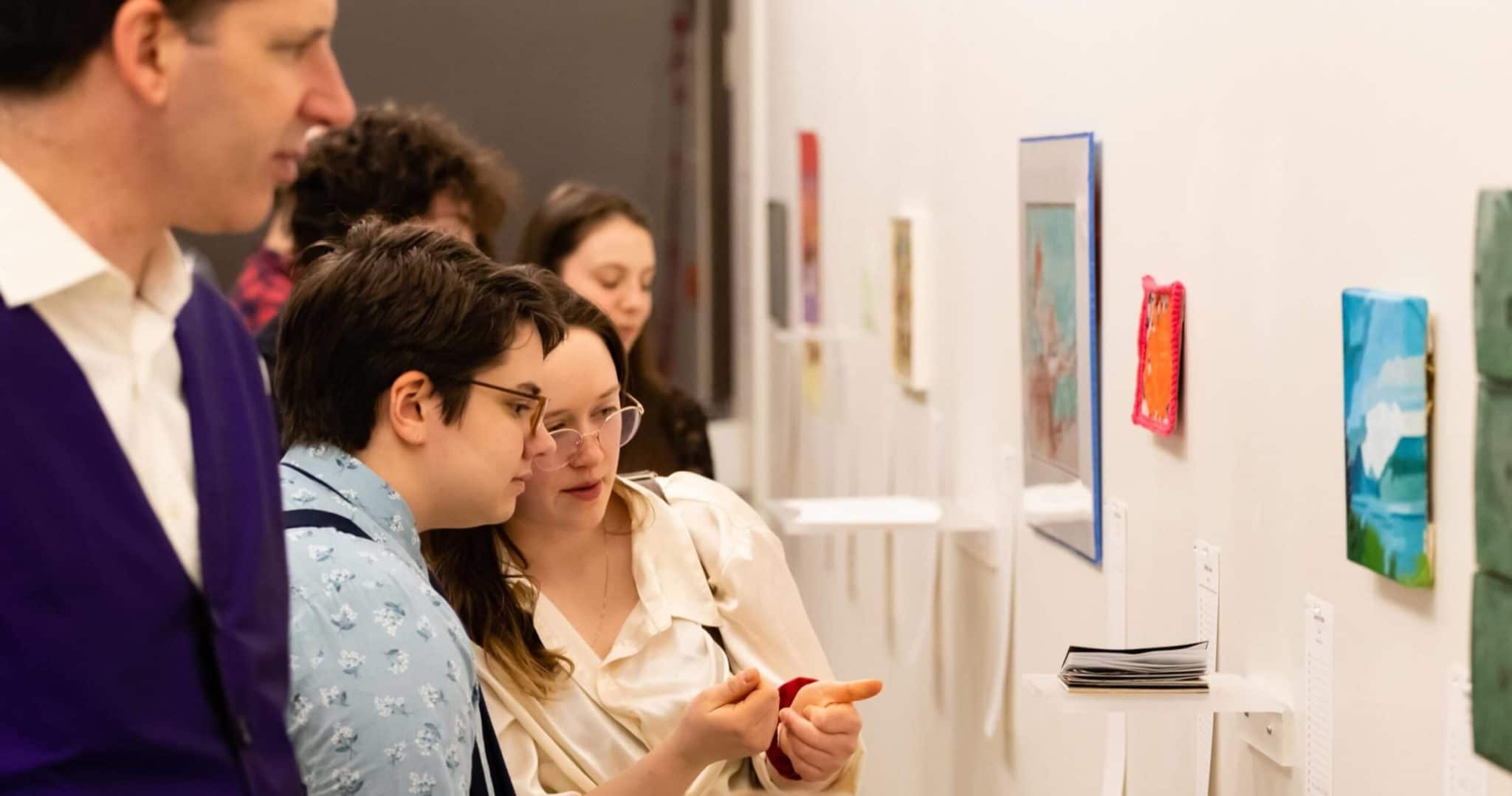 It’s become a tradition for those who attend to dress up for the occasion. Although one lucky winner won the award for best dressed, many did so in order to take fun photos at the photo booth.

“The instant photos shot on our Fuji Instax camera have become a wonderful archive of the event,” said MacDonald. “There are people who take a photo year after year. I have seen families do this and each year you see the children grow.…  I think this sharing captures the community spirit of the event.”

“I really enjoyed it,” said Isabelle Trask, a first-year fine arts student. “I didn’t know that [Sackville] had these types of artist events [and it] is really great for [the] art community. I think it’s really great that a lot of people from [both] inside and outside the community are here.”

The event is organized by staff from both the Owens and Struts & Faucet, but wouldn’t be possible without both community and student volunteers, who help decorate, sell tickets and oversee the event.

“I think it’s very cool because you kind of get to see the grown-up versions of yourself, as a fine arts student,” said Sophia Lawrence, who is in her first year of fine arts. “There are lots of artists here and it’s one of my first experiences immersed in the arts community of Sackville so it’s interesting to see that.” 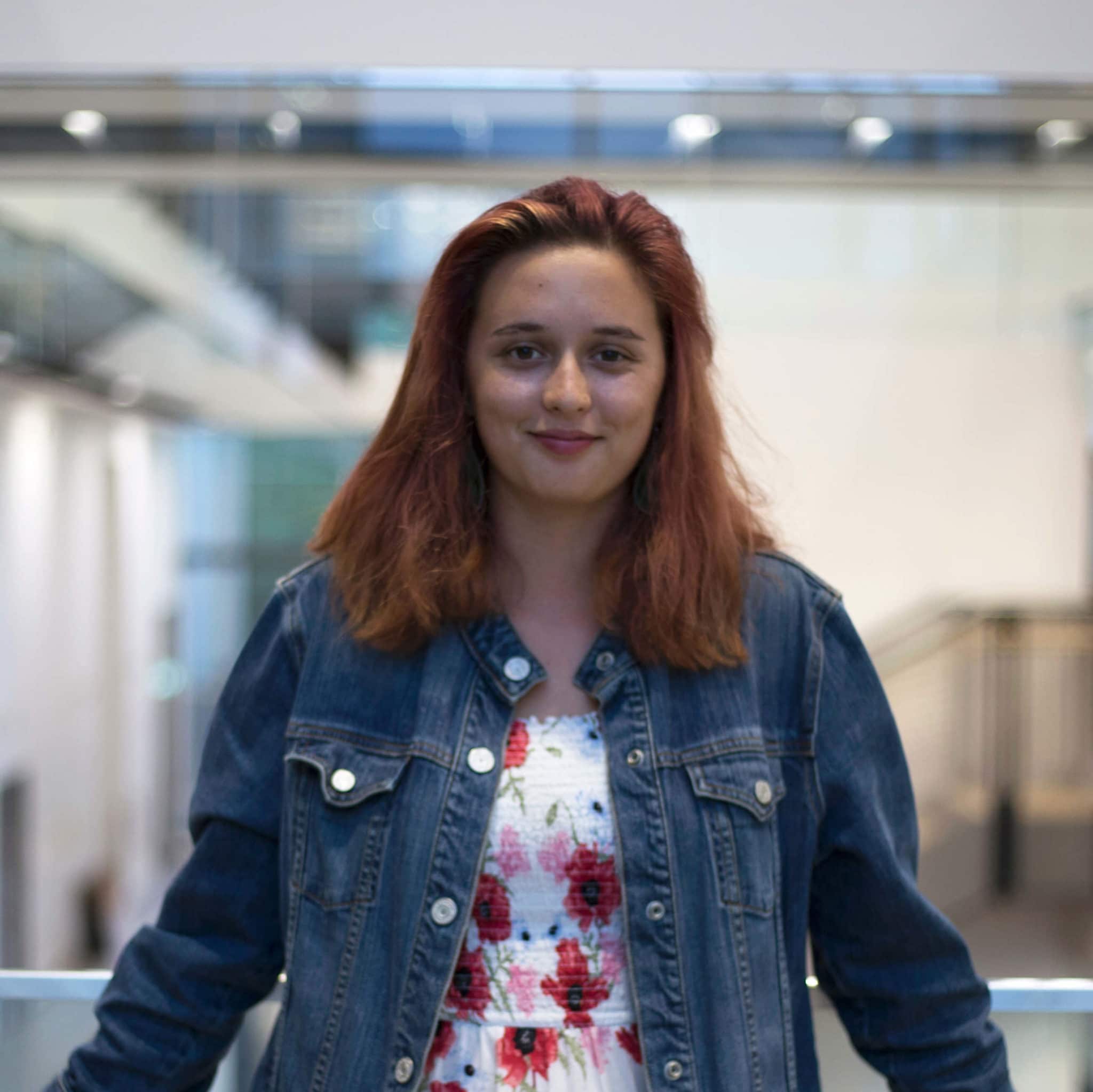