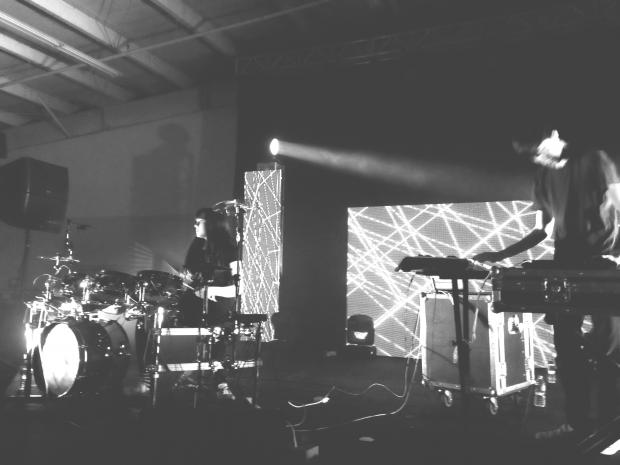 Festival grows without losing its essence.

Just a few doors down from the Seahorse, where BBNG performed, electronic group Tennyson lived up to their hype at The Carleton. The Edmonton-based duo, consisting of Luke Tennyson and Tess Pretty, elicited an overwhelmingly positive reaction from the crowd.

Tennyson was a perfect opener for the evening’s secret guest, Ryan Hemsworth, who delivered a deeply intimate and eclectic performance in front of an entranced crowd. Playing a variety of songs from Rae Sremmurd’s party anthem “No Type” to Blink-182, the hour-long DJ set had the crowd swaying without interruption.

The last night of the festival also happened to be its busiest: shows were booked all over the city Saturday, with festival headliner Danny Brown performing at the Halifax Forum. Halifax hip-hop duo Weirdo Click also deserve praise for the level of raw energy they brought to the small crowd that had gathered early. Tennyson once again kept the crowd captivated with their unique mixture of ambient soundscapes and all-out, blissful jams.

In a familiar series of events, Hemsworth followed Tennyson’s incredible performance. The Haligonian DJ had to adapt his set to better suit a much bigger venue. While the core remained intact, a slight variation in musical selection, along with an added visual display behind him, kept his performance interesting throughout.

The personal visuals enhanced Hemsworth’s unique brand of geeky, playful beats. Dogs tugged at blankets, and screen caps of popular video games like Minecraft and Zelda were unusual but effective ways for Hemsworth to provide some insight into his world.

Before Danny Brown, the night’s headliner, could take the stage, his tour DJ and long time production partner SKYWLKR first played a fifteen minute set of blistering trap beats to prep the crowd for Brown’s arrival. Even though I experienced the concert from a distance, it was still truly incredible to see Danny Brown perform live. Without any backing vocals – something rare for live rap concerts – everything from his tone to his delivery sounded exactly like it does on record.

The organizers of this year’s HPX can be proud of what they accomplished. Everything came together; venues were wisely chosen and line-ups were diverse enough to provide something from all corners of music. While the festival curated some of the biggest names in their respective fields of music, the whole experience remained deeply intimate. Truly, this sets Halifax Pop Explosion apart from other music festivals.