Time to do the time warp again 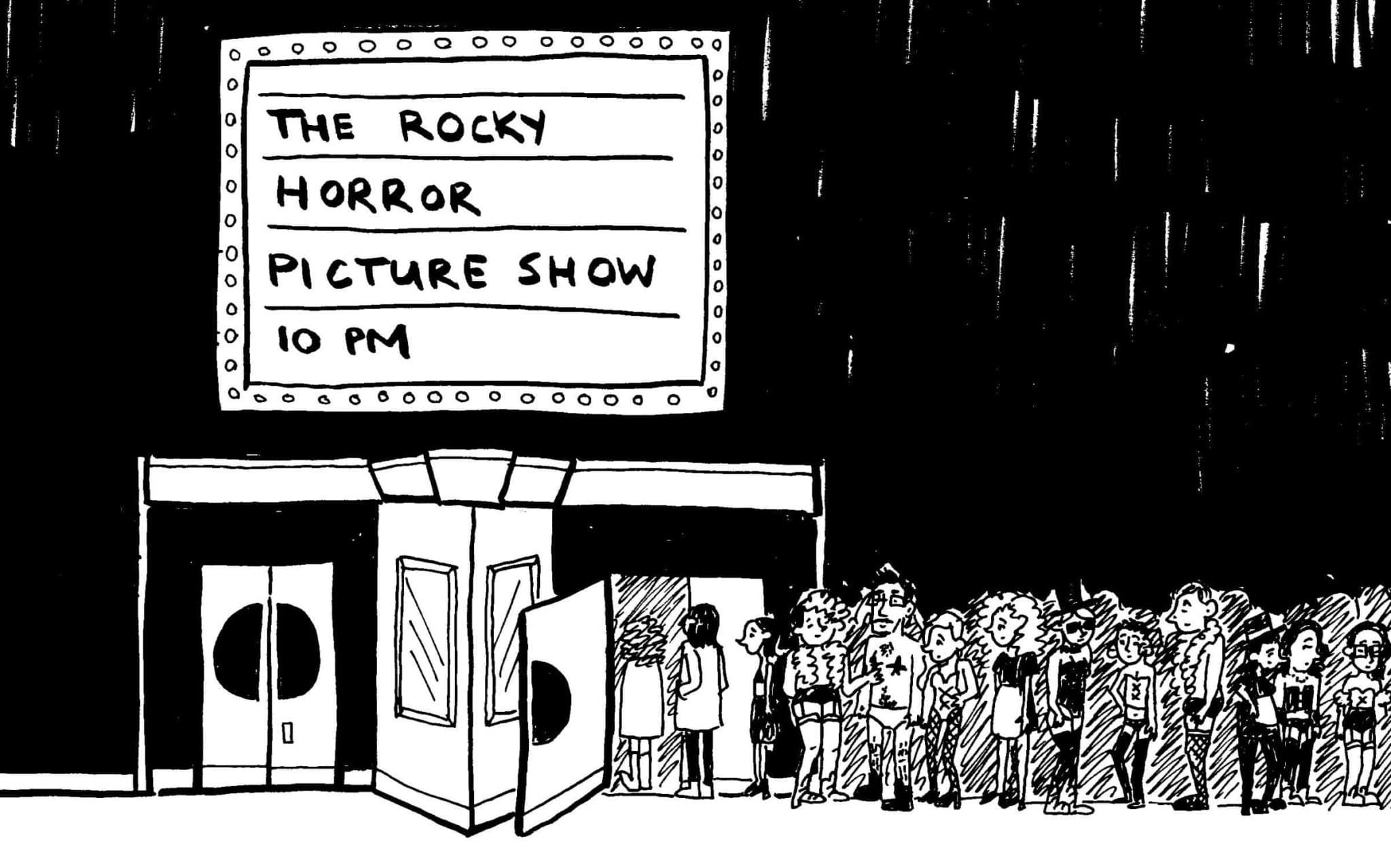 “I would like, if I may, to take you on a strange journey,” says the criminologist on screen, and a strange journey it is indeed. His words are met with boos and shouts of “Boring!” from the audience. Despite the fact that he has been drowned out, the audience understands – it is time to begin the show.

Last Friday night the Vogue Theatre was completely packed with students and community members for its annual showing of The Rocky Horror Picture Show, the cult classic from 1975. Many audience members were dressed up as characters from the movie and were prepared – with rice, toast and noisemakers – to participate in the show.

If you’re confused about why rice is required for a night at the movies, allow me to explain. It’s for the wedding.

For those who haven’t seen it, the film follows newly engaged couple Janet (Susan Sarandon) and Brad (Barry Bostwick), whose car breaks down one dark and rainy night. Conveniently, they see a castle just up the road that they hope has a telephone. It doesn’t. Instead, what they encounter is the Annual Transylvanian Convention, hosted by Dr. Frank N. Furter, played by the formidable Tim Curry. Frank N. Furter, a “sweet transvestite,” has created the perfect muscled man Rocky (Peter Hinwood) in his lab. He is helped by brother-sister servants Riff Raff (Richard O’Brien, also the writer of the original stage production and the movie) and Magenta (Patricia Quinn), as well as Columbia, a groupie played by Little Nell. The cast is rounded out by Eddie (Meat Loaf), an ex-delivery boy with a saxophone and a motorbike, and Dr. Everett V. Scott (Jonathan Adams), a rival scientist.

Marketed as a musical comedy horror film, the film achieved cult status after it became popular at midnight showings. The audience is encouraged to participate with the film, including dancing the time warp. Shouts, cheers and boos fill the theatre as the audience responds to the characters on the screen. At one point toilet paper is thrown through the air, at another lighters and flashlights are turned on and participants hold newspapers over their heads to shield themselves from on-screen rain.

Curry completely steals the show, whether he’s playing the mad scientist in the lab or the coercive enchantress in the bedroom. He is at times wonderfully flirty, and at others the scary stoic armed with an electric meat carver. He does all of this fabulously in a tall pair of heels. The horror and comedy of it are helped along by Riff Raff the gaunt handyman and Magenta the cackling domestic, whose friendly behaviour with each other (elbow sex) often seems just a little too friendly.

“The focus of the event is very centred on the experience of shouting at the screen and organizing costumes with your friends,” said Evelyn MacKay-Barr, a second-year biochemistry major. “The difference to me is that, alone, I would watch it to appreciate the music and acting, but together we watch it to appreciate and celebrate the legacy it has left.”

After stepping out of the theatre I couldn’t help but wish there was another showing to attend. The camaraderie between audience members at this film is something that I haven’t encountered with any other movie. But for now, we’ll all have to wait, shivering with antic……ipation, for next year’s showing.