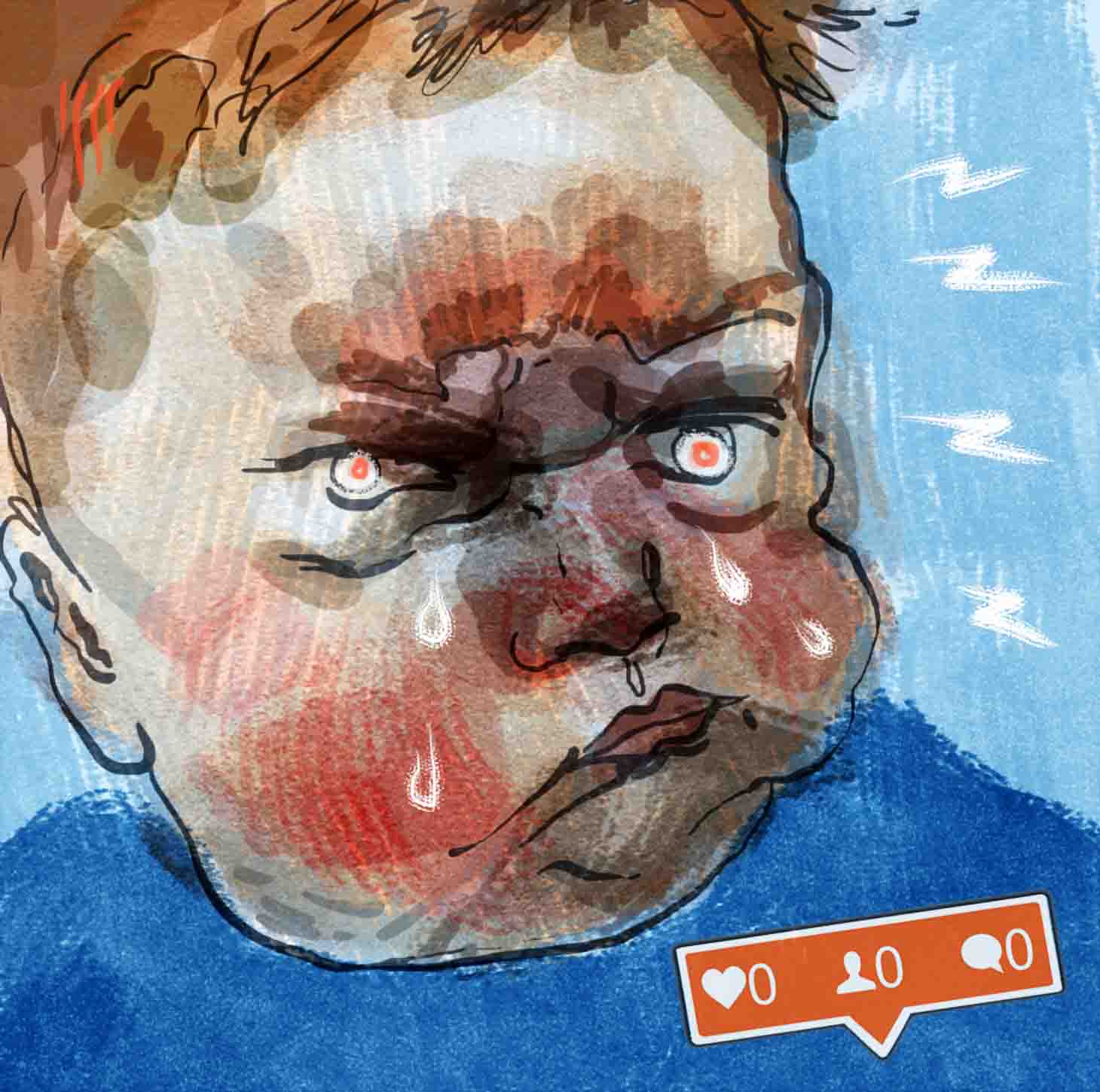 Though the Motyer-Fancy Theatre has been transformed into a pastel paradise for Tintamarre’s production of REX!, the titular character is anything but innocent.

I sat down last week with Alex Fancy, the director of the bilingual theatre troupe, to learn more about the collaborative production. He said the show follows “the trajectory of a baby bully who grows up to be a big-time bully.”

Rex, the titular character, might inhabit another world, but he seems like he’s been plucked from our own. The character is shown to be spoiled and pampered from an early age and displays Machiavellian tendencies. Rex also owns a chain of world-class hotels and “tweets at night.” Early in the show he informs two Internet trolls, “I don’t want friends. I want fans.”

Sound familiar? He should. By using the template of a real-world figure with a major platform – though Fancy spoke of a pact “where we don’t name a certain bully” – Tintamarre hopes to spark dialogue.

“Rather than talking about a specific person or persons, we are looking at a social pattern, a social problem and a kind of behaviour that is quite prevalent nowadays,” said Fancy, explaining that “People become devoid of empathy and passion.”

“Tintamarre productions always touch upon issues that are important in our society today,” said Caitlin O’Connor, who plays Rex, in an email. “From critiques on capitalism to cyberbullying, this play has it all,” she added.

This play likely brings in such varied elements due to the collaborative creation process. The theme of bullying was proposed last March and the troupe’s volunteers brainstormed and experimented during the fall semester. From these rehearsals, Fancy took his inspiration for the French and English script.

“We don’t believe in boundaries or hierarchies in cast and crew,” Fancy said. Once the script was completed, the cast nominated each other for roles and indicated which characters they would like to play.

“People are playing roles that they helped to create,” said Fancy. “It helps to create a real sense of ownership.” It also fosters Tintamarre’s tight-knit “community within the community.”

This aspect of Tintamarre is what initially drew Madison Fairweather to the troupe. “It just sounded like an amazing opportunity to get to know this whole pre-made group of friends,” said Fairweather, an actor and REX!’s assistant director. “It was a really welcoming atmosphere.” O’Connor agreed, saying, “I felt like it was a community that was made for me.”

Tintamarre’s main goals as a theatre company have helped contribute to this community atmosphere.

“Our first goal is to celebrate our differences and our second goal is to show how theatre can play a role in the world in helping us to ask questions,” Fancy said. REX! has gender-blind casting, which is encompassed in Tintamarre’s goal “to break down stereotypes and make it hard for people to assign labels to people and characters.”

“We want to encourage people to ask questions, like what it is in our environment that causes people to become bullies,” said Fancy, something that is also important to Fairweather.

“This play makes accessible to everyone a lot of the deeper political issues that we have going on in the world right now,” she said. “We’re not setting out to poke fun at the situation, we’re more just trying to make people think a little more about what’s going on and what you can do to maybe change it for the better.”

Tintamarre’s production of REX! runs from Jan. 31 to Feb. 3. Tickets are $5 for students/seniors, $10 for non-students. Thursday’s performance is pay-what-you-can. Tickets can be reserved by emailing [email protected]