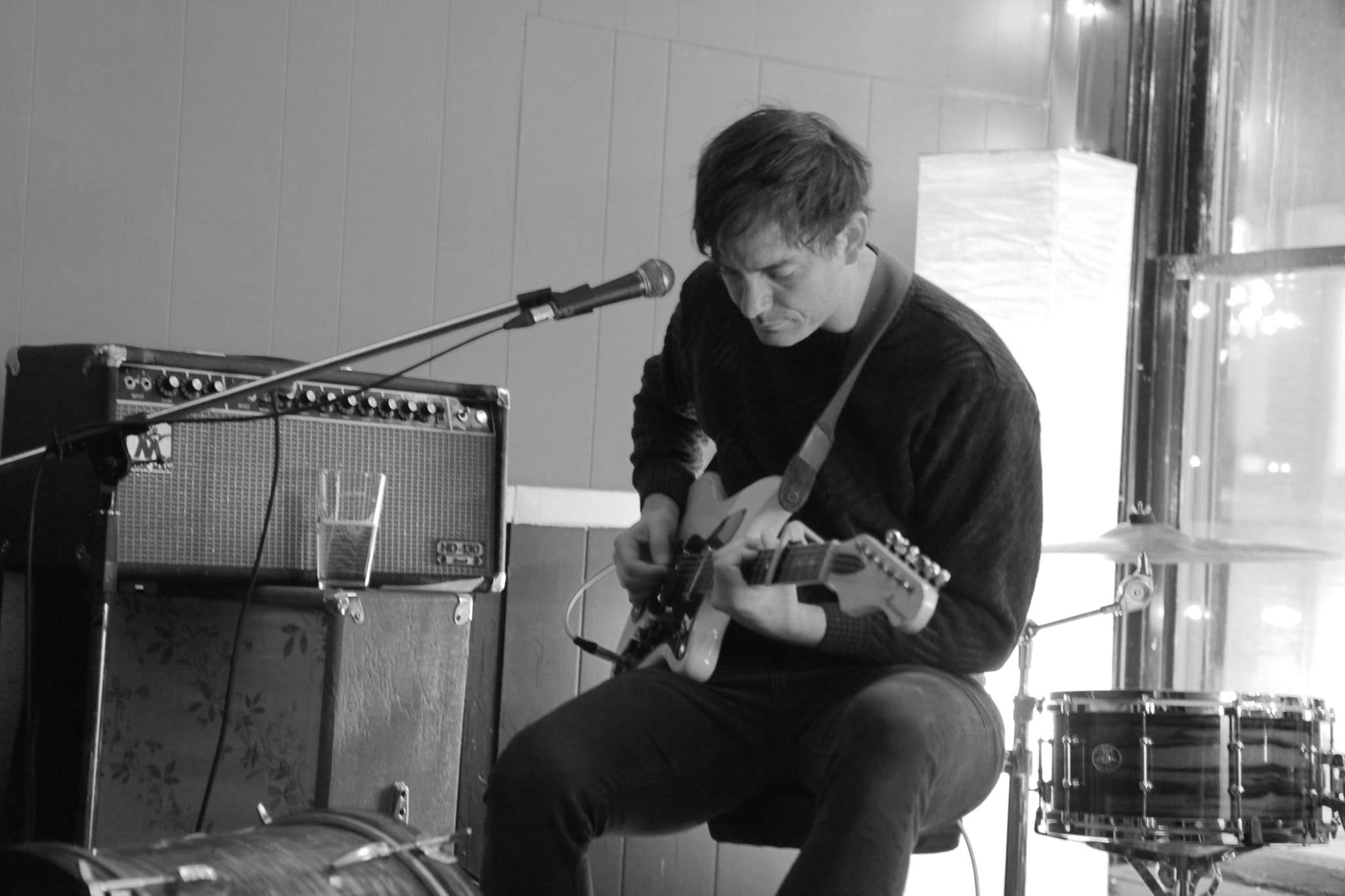 A cozy Thursday evening in January set the stage for the unveiling of the second volume of the Greville Tapes Music Club at Thunder & Lightning Ltd., featuring the collaborative works of Julie Doiron and Nancy Pants. This project was the second to be seen in Sackville, after Catriona Sturton and Motherhood took to the stage with a similar show in December.

Jon Mckiel was invited to open the show with a solo performance and instrumental set-up that recalled Bert’s One-Man Band from Mary Poppins. Mckiel was equipped with his signature electric guitar, but also sported a bass and snare drum with kick pedals for a full-band aesthetic.

The set featured Mckiel’s signature distorted vocals, clean and intricate guitar licks, and brassy drum rhythms as he moved between songs new and old in his catalogue. Doiron rushed to the stage partway through Mckiel’s current single “Still Remain” to sing unplugged, while musician Steven Lambke played bass guitar at the end of the set. The mood settled upon a laid-back affair, which has become the go-to for a warm venue like T&L’s bowling alley.

Nancy Pants were next to take the stage and quickly electrified the room, leading off the set with their high-energy album-opener “Happy.” Lead singer Ohara Hale maintained a magnificent range of control over her vocals, fluctuating between hushed tones to shrieks of joy in the span of seconds.

Despite the band’s eagerness to perform in Sackville again after their tenure at SappyFest this summer, they suffered some technical issues that held back the raw and scrappy nature that brought them so much success on their first visit. Some unfortunate feedback issues plagued Hale’s guitar for the first few songs of the set, while bassist Adam Waito’s mic was mixed to a near-indistinguishable level on album-standout “Hailey’s Comet.”

Nonetheless, Nancy Pants weathered the storm, and after a quick switch-up of guitars, the band returned to energetic heights. The set was bookended with another firecracker in “Apple,” and it left an undeniable tinge of excitement before Doiron took to the stage. Doiron’s set was minimalist in its presentation, utilizing her soft vocals and electric guitar, but Mckiel returned to the stage to play drums on some songs of the set.

The setting was intimate, largely influenced by the undeniable chemistry between Doiron and Mckiel. It felt as though I was invited into a private performance of two musical heavyweights partaking in a basement jam session. As Nancy Pants prepared to rejoin her for their collaborative tape recordings, Doiron ended her set with a sweet kissoff of her classic, “By the Lake.”

Doiron’s songs were performed first, with Nancy Pants assisting on instrumentals. “Good Reason” played like a soothing 1950s pop ballad, while “Thought of You” evoked the Wooden Stars era of Doiron’s back-catalogue as a bonafide rocker. Nancy Pants’ songs soon followed, with “w.o.r.l.d.” enacting an ephemeral dreamscape built on a simple, repeating chorus of “I’m ready.” The biggest pleasure of the night was the closing track “coco,” which finds Hale singing in Japanese layered over Doiron’s vocals in French. Instead of a jumble of context, the layering ushered in a coo of salvation in the “do you wanna go?” chorus.

The Greville Tapes Music Club has gifted us two wonderful collaborations, both recorded and live, and I am excited to see what’s in store for the next edition when it hits the stages of Sackville in 2016.

A Definitive Ranking of all 41 Hallmark Movies of 2021