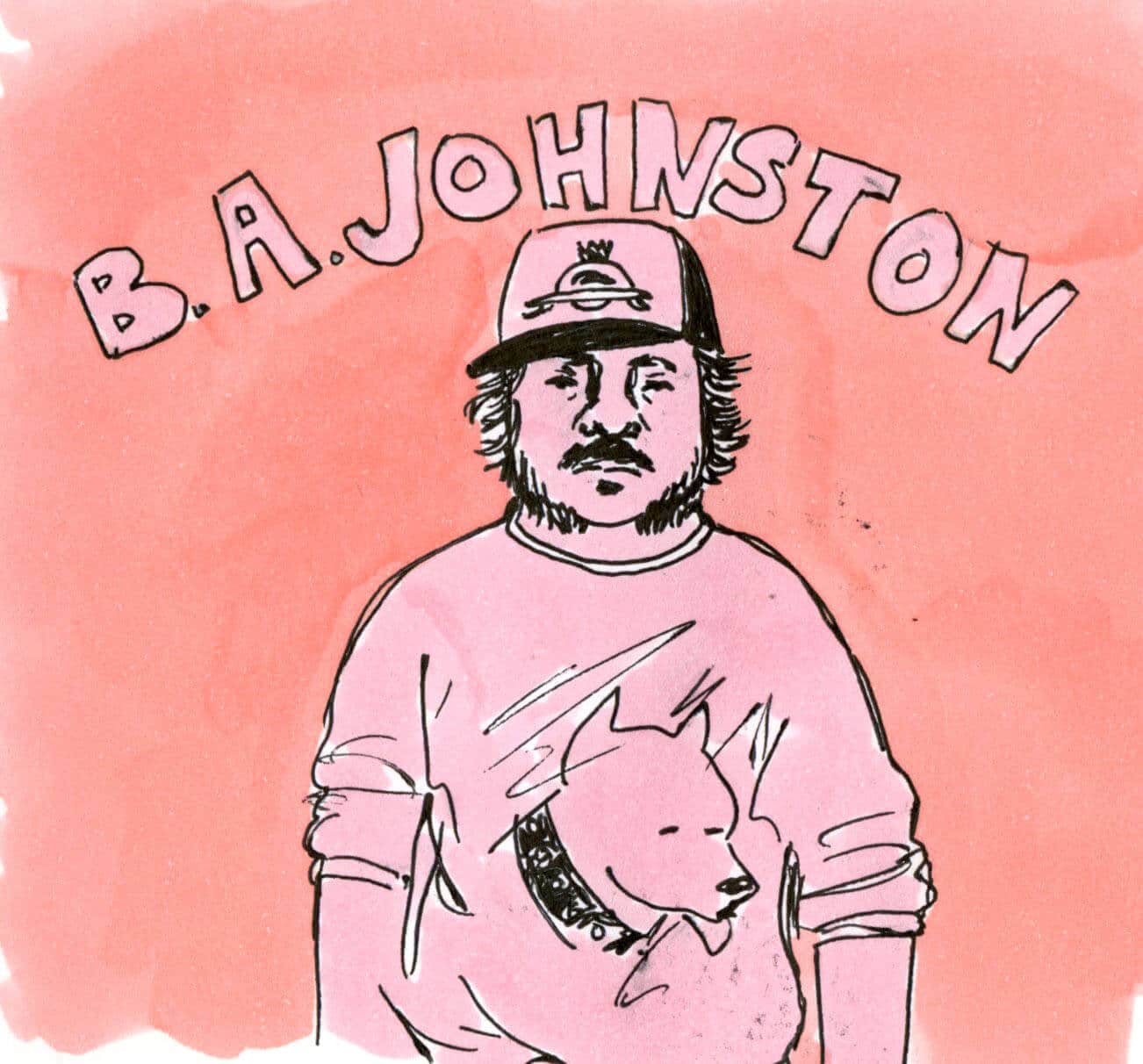 Let’s talk about the strangest musician I’ve ever encountered

I wasn’t sure what to expect from my first B.A. Johnston show. My preparation consisted only of viewing the poster (a black and white flaming tiger) and my editor-in-chief’s insistence that I must go and report on what I saw. These details, though minimal, did suggest something remarkable. And now, two days post-concert, I’m at a loss for how to communicate the enigmatic beauty that is a B.A. Johnston performance. Should I start with his incredible entrance that involved sparklers and workout beats, or should I mention his frantic, funny, catchy, earnest music that made up the bulk of the excellently paced show? If I went down that rabbit hole, I’d risk forgetting his strange and delightful dance moves, which would be a complete journalistic failure. His dancing is amazing: simultaneously robotic and acrobatic, his wild gesticulations establish a hyperactive mood that he maintains throughout the entire show. One moment he’ll be standing on a chair, waving his arms rigidly to the beat, and the next he’ll be doing the worm on the floor, or maybe prancing around and having audience members chug their beer. So, like, my problem is that there’s a lot going on at a B.A. Johnston show.

I’ll start with the facts: the concert started around 9 p.m. at Sackville’s own Thunder & Lightning bar. B.A. Johnston, from Hamilton, ON, is more or less a one-man band, unless you count his iPhone. Johnston found a way to prance and dance throughout the tightly packed venue, even running outside once or twice and throwing snowballs back into the bar before running in himself. The small space was crammed with around 30 people, and they were all completely enamoured with B.A. Johnston.

It’s not entirely surprising that such a charming and likeable performer could wrap a crowd around his finger. The crowd enthusiastically sang along at various points throughout the night. This is a testament to the nature of B. A.’s fame; his work relies on small, very devoted fan pockets throughout the country. Sackville, it seems, is a one of these pockets; he told me that he plays here at least once a year. Several audience members told me they’d lost count of how many times they’ve seen him, though it would definitely be in the double digits. And having come to appreciate Johnston’s unique musical style and candour, it’s easy to see why you’d want to see him multiple times. His whole onstage persona is outrageous, and would likely be crushed by a corporate producer; Johnston is indie as hell and his music is all the better for it. It allows him to be unpolished and relatable, right down with the rest of us.

This blue-collar appeal of Johnston’s work becomes obvious the more familiar you become with his discography. It perfectly embodies plenty of working-class frustrations, giving his audience tangible experiences to relate to. A great example would be his song Dayoff is a Dayoff.  B.A. sings about how he knows his boss is going to call him in so he plants himself next to the phone and drinks generously all night. When his boss does call, he can honestly say no. It’s snide, cutting and hilarious. Not all of his songs are so biting though; some are just plain funny (I Wanna Drink With Aliens) or occasionally touching (My Heart is a Blinking Nintendo).

Johnston is currently touring across Canada, and is releasing a new album The Skid is Hot Tonight soon. You can – and should – find his music on Bandcamp.

He’s great, he’ll be back, and you should see him when he is. If you ask, he’ll give you a crisp high five, guaranteed. Would Kanye do that?