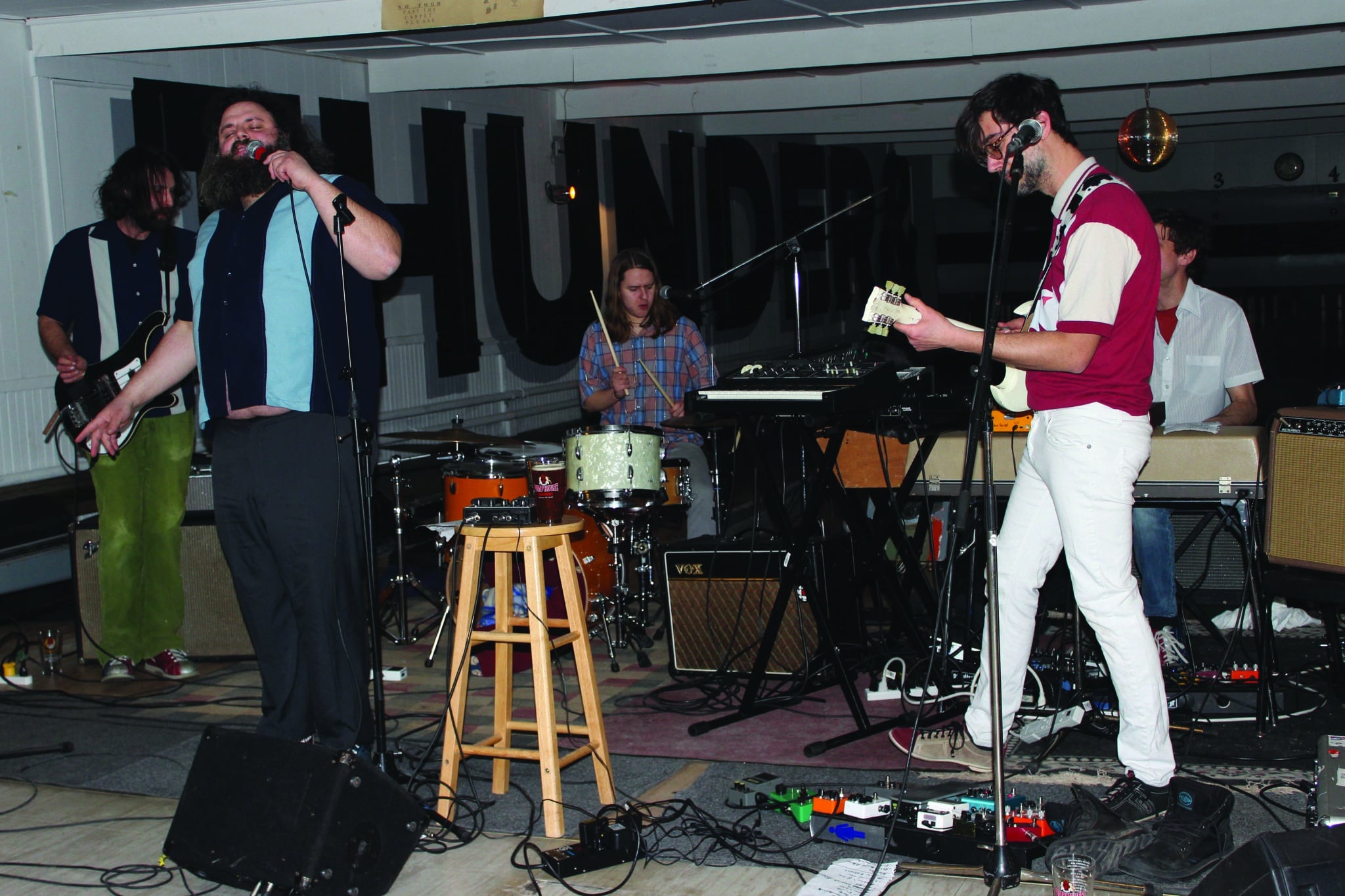 “We’ve got some new songs—but this is our first show, so I guess all of our songs are new,” said Beard Springsteen’s frontman, under the pseudonym ‘JE45.’ The Fredericton-based band, who opened for Les Hôtesses d’Hilaire at Thunder & Lightning last Friday night, accurately describe themselves as a “two-piece downer punk band singing in broken English” on their Bandcamp page.

Beard Springsteen delivered a full, loud, noise-punk sound. Their set featured heavy drums and hollow, dissonant guitar, and their grungy sound was accentuated by well-rehearsed, tight musicianship. The duo had great stage chemistry, giving off a connected vibe even while standing at opposite ends of the stage. Even when the drummer broke his drumsticks mid-set – like all good punk musicians do – he managed to pull out a new pair and seamlessly finish the song.

The band prefaced most of their songs with an explanation of their origins – ranging from romantic nights in Halifax to stories about underground rings of people sleeping in ATM booths – and refusals to apologize for dark lyrics. Unfortunately, the mix seemed to be a bit off. The drums and guitar were fairly well balanced, but the vocals were inaudible at certain points during the show.

The setup on stage signalled that a larger band was going to play next. An absurd number of keyed instruments cautioned that the intensity in the room was about to be ramped up. As the band started to set up, it seemed as if five clones of The Dude had entered the room and began to sound check their instruments while dressed in ill-fitting bowling shoes and shirts.

Four members of Les Hôtesses d’Hilaire took the stage, taking up their instruments and starting off with an instrumental tune. A man who seemed to be enjoying the song danced in front of the stage, slowly making his way closer and eventually taking the stage, revealing himself as the lead singer, Serge Brideau.

The show was the Moncton-based band’s second in two months, as they recently took a break from playing. This wasn’t an issue at all, however, as the five-piece played in perfect sync, delivering a tight set. The impeccable musicianship was complemented by the band’s stage presence – each band member led their own song.

Les Hôtesses d’Hilaire’s sound is hard to pinpoint, and each song took on unique characteristics of its own. From funky sounding tunes to songs reminiscent of The Doors and everything in between, Les Hôtesses smoothly transitioned between a handful of sounds. Regardless, all of their songs had audience members up dancing with each other and engaging with Brideau, who put on a production. From dancing with the audience and conducting the band to dancing down the bowling lanes and removing his shirt, the frontman kept the audience engaged.

Unfortunately, the show did come to an end, but not before they played an unrequested-yet-enjoyable encore. Although the two bands played vastly different sets, they both engaged the audience with their presence and amusing stories. The night came to an unexpected conclusion, with the room full of dancing and laughter until 1:30 in the morning.