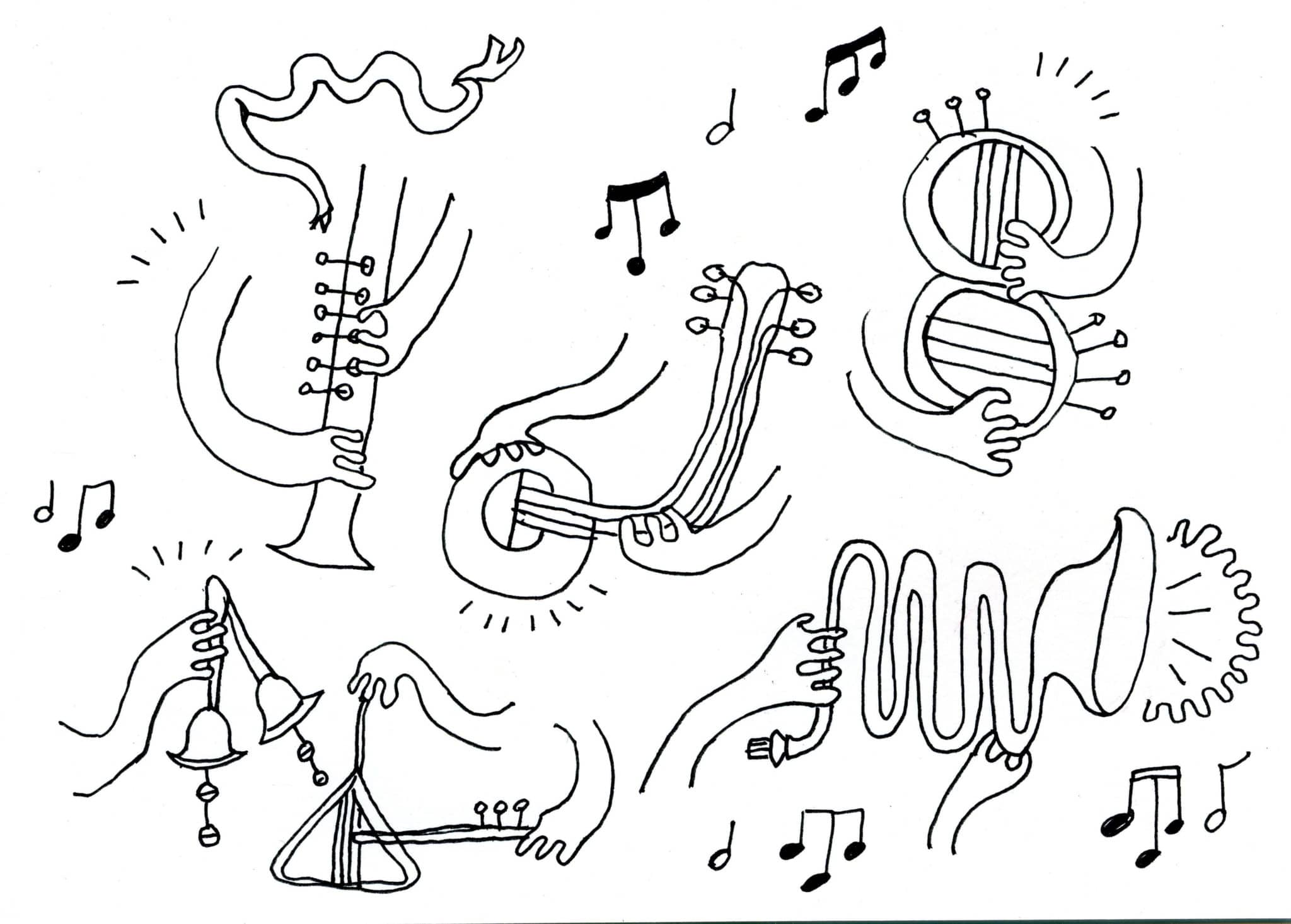 Emily Leavitt examined women live coders and their experiences in the workplace. Hanna Wilson looked at two female Russian composers and how their work, while often overlooked, impacted the music world. The two talks, while very different in nature, were both very interesting and well done. Both students received four-month research grants to do their work through the J.E. Crake Foundation and the Ellis Grant.

“I would just like to emphasize how important this work is,” said Dr. Kevin Morse, a professor of composition. “The summer research that both Emily and Hannah undertook … is work that doesn’t exist anywhere else. It’s truly original research. It’s important for future study and future scholarship.”

Hacking Into Her Narrative: Women and Live Coding Music in the 21st Century was the title of Leavitt’s presentation. When starting her research, Leavitt asked herself, “In live coding music environments, how are the performative experiences of women live coders shaped by their lived gendered experiences? In other words, how does musical embodiment reflect gender and can musical expression exist as an entity separate from gender identity?”

“At its core, live coding involves a focus on the process of constructing an algorithm through improvised interaction,” explained Leavitt. Live coding is on-the-spot creation of sounds using a computer. The field is interdisciplinary, and is “a genre that brings together many rules at once: performer, machine and audience.” Often visuals accompany the music.

Leavitt contacted seven women who work in the field of live coding and conducted interviews with the five that responded. Through her interviews she discovered three main points: “Four out of five women reported being treated differently based on their gender identity; they all see visuals as an element of their set that elevates the overall experience, and view collaboration and communication as key to an effective set.” When she analyzed their music, she found that “Technology, code and graphics were at the forefront of the set.”

Wilson’s research was titled Restoring Spiritual Connections: Mysticism in the Music of Galina Ustvolskaya and Sofia Gubaidulina. “I wanted to learn about Soviet women who were oppressed in their society for reasons other than their gender,” she explained. “I wanted to understand how they expressed themselves in this extraordinary socio-political and cultural context. I focused on the lives and works of two drastically different women.” What Wilson found was that they both explored the idea of mysticism in their music.

Wilson then examined different pieces of music from both composers and compared them. “Although it is difficult to pinpoint specific musical elements that indicate mysticism, it is clear that Ustvolskaya and Gubaidulina both used … rhythm and symbolism to indicate mysticism in their music,” she explained. She showed excerpts of sheet music and played sections of songs to demonstrate her findings.

“For these women, the process of creating music is naturally linked to their connection to God,” said Wilson. “[For them] the end goal of writing music is not to affect others, but to the benefit of this divine connection.”

“I love that there are opportunities for students at Mt. A to do their own research and create their own projects because it allows them to explore their discipline a little more on their own,” said Amy Ward, a fourth-year philosophy major who attended the talk.

“I don’t know if I’ve ever had two students who were as dedicated to coming in … and spending the entire day, every day, doing the work that they were committed to,” said Morse, regarding Wilson and Leavitt. “[They were] really asking important questions that [are] new areas of research.”