A call to action on the annual Transgender Day of Remembrance 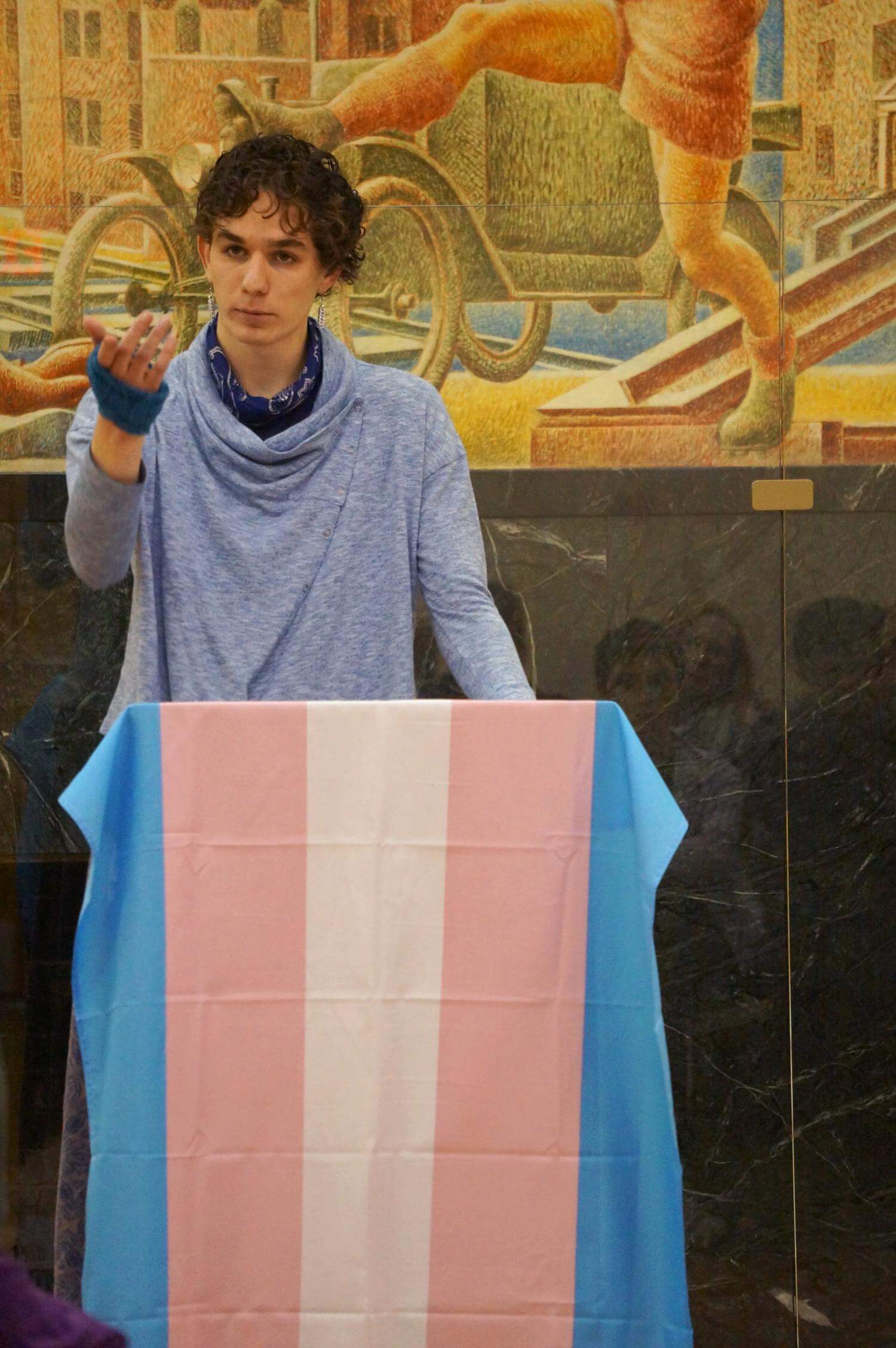 Transgender people are vulnerable. That is not a commentary on their emotional stability, but on the frequency with which they are harassed, assaulted, discriminated against and murdered. Attempted suicide rates for transgender youth are incredibly high, an issue that is only addressed by the media when reporting on the apparent mental instability caused by being transgender. What they ignore is that if a transgender youth’s family is accepting of their identity, that suicide rate is cut to one-tenth of what it had been. They ignore the social context that makes the lives of transgender people uniquely difficult and painful as their entire sense of self is regularly invalidated. When children are subjected to that kind of environment, is it any wonder that they take drastic measures? When no one is on your side and you’re told that you are sick for existing?

This vulnerability doesn’t come from some universal truth that a transgender identity is tied to suffering. It comes from households that deny their children agency and their own identity. It comes from schools where kids have already been taught to harass their transgender peers, from “activist” groups that joke about maiming transgender youth because they hate us so much that even children become targets. It comes from discrimination in hiring that forces many transgender people to turn to dangerous forms of sex work, while legislation makes that work increasingly harrowing. It comes from also being Black or Indigenous and experiencing those unique blends of oppression. It comes from people being told that we are an OK target for their rage, that if we die no one will look too closely so please feel free to stalk and murder us.

Transgender Day of Remembrance, held every Nov. 20, is a ceremony to push back against a society that wants to ignore the painful reality of the conditions that transgender people face, while vilifying us at every opportunity. We do not want our dead to be sensationalized and their murders considered justified because our existence scared some violent transphobe. We want to honour them and let the world know that they aren’t forgotten, that we remember them and that we refuse to stand idly by while this same violence comes for another transgender person. While this guillotine hangs over our friends’ and our own necks, we refuse to be passive and wait for it to fall. So, we read the names and remind ourselves of what could happen to any of us, and what has happened to hundreds of others this year alone.

And it hurts. It hurts like hell to hear the names, to read them, to prepare speeches every year and hope that the smattering of people who show up that aren’t transgender will be moved by your words of violence and pain to help you. Our enemy is violence, but it is also the apathy that lets these murders be ignored and makes this event necessary. We hope that the dead had a community that buried them and gave them the respect they deserved, but given that one in seven of the names on the list of 368 murdered transgender people is unknown, we may be the only people who care that they died.

It is not even just individual apathy that can make the death of a transgender person seem unimportant, but systemic apathy that leads to these murders not being investigated by police. To murderers being able to avoid conviction because of the “trans panic defence,” because our existence was so revolting to them that the legal justice system agreed that our murder was justified. To the media comfortably sharing stories of transgender predators and making out every transgender person to be a violent sexual assaulter, while remaining remarkably quiet when the transphobes who invented the story admit that they made the whole thing up – after, that is, a lot of legislature was written to deal with this “threat,” not to mention the attempts to remove any protections we had from hate crimes and to legalize the discrimination we face from businesses.

I wish this day could be a quiet ceremony where the transgender community could pay our respects and move on, but that would be an insult to all of those who died. So, instead, I write another speech and another opinion piece and hope that it resonates with you in a way that can save at least one life. That can stop someone from committing suicide because you reached out to your transgender friend you haven’t heard from in a while, and reminded them that they deserve to be loved and respected. That can help a homeless transgender kid get off the street because you donated to a local transgender group that works to help this vulnerable population. That can get you to show up to a rally where we demand respect and humane treatment from our government.

That can make you feel even a piece of the pain I feel, and find it so unbearable that you have to do something, because this pain is not a yearly event but a fact of life when you are transgender, and we need more people trying to alleviate that pain. We need people to care and to prove it.