Bagtown Economics: Economists can agree on a carbon tax 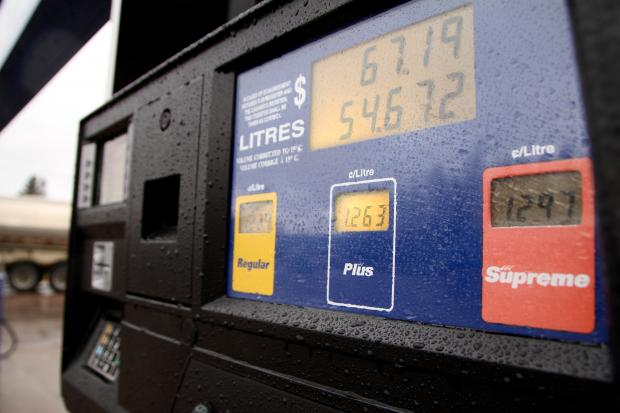 Economists can be an argumentative and dissenting bunch. Often we fail to prescribe sensible policy advice because we cannot reach a consensus amongst ourselves. However, there is one policy which almost all economists agree on: carbon taxation. In a survey of forty of the world’s top economists, ninety two per cent of the respondents favoured a carbon tax over other policy options. Simply put, it is unequivocally the single-best policy tool we have for reducing carbon emissions.

However, the problem is a lack of public support for the idea. So I want to provide you with the quick-and-dirty argument for a carbon tax in hopes of convincing at least a few more people that it is an idea worth voting for.

How does it work though?

The tax would place a per tonne price on carbon emissions. Then this carbon price would then be converted to a per unit tax on various fuels, based upon the amount of carbon they emit when used. The basic idea is that as the price of carbon goes up, the demand for carbon goes down. But the beauty of such a tax is in the details.

The first genius of a carbon tax is that it would apply to the large majority of carbon emitters, from coal-fired power generation stations to the suburban residents who insist on driving Ford F-150s to the grocery store. Roughly everyone who emits carbon dioxide would have to pay the price, quite literally. And I could fit the legislation on two pages of paper. Contrast this to the tedious process of regulating emissions standards for every single industry in the country.

The second genius of a carbon tax is that it allocates emissions to those who value them the most. Consider again the example of Ford F-150 owners. Some owners actually need such a gas-guzzler for work. However, the other people, the ‘I just like big trucks’ kind, they really do not need to be using it. So, when faced with an increase in the price of fuel, the ‘I just like big trucks’ people would (a) switch from a truck to a car, or (b) lower their mileage substantially more than people who actually need the truck for work. The work-truck-driver really values the use of her truck, so she is willing to pay that higher price to keep using it. Thus, carbon emissions are allocated to those who value them most. This may not seem very important, but it truly is. The allocation of resources to people who value them the most is one of the foundations of an efficient and prospering economy.

The third genius of a carbon tax is that it levels the playing field for other energy sources. As it stands now, fossil-fuel combustion is cost-competitive in most markets because they aren’t forced to pay for the negative effects of their carbon emissions. A carbon tax would increase their cost of production, causing renewable energy sources to become relatively more attractive.

I’ve saved the fourth and best argument for last. Most opponents of the tax claim that it will severely hinder our economy. Even less logical opponents just dislike taxes on principal. But these are just lazy arguments. All the money generated from the carbon tax could be used to lower the dreaded and highly distortionary income tax. This reduction in income taxes would spur economic growth, likely offsetting any negative effects of the carbon tax. Never has an idea been clearer: Carbon bad. Income good. Tax the bad stuff. Don’t tax the good stuff. British Columbia follows this scheme with great success.

Finally, some people raise distributional concerns, and rightfully so. Specifically, low-income families would be hit much harder by the tax due to increased heating and transportation costs, which make up a larger percentage of their budgets, while having fewer opportunities to substitute to low-carbon technologies. But we have a fix for that too. Via tax credits and rebates, we can redistribute some of the carbon tax revenue to those low-income families. British Columbia does this too; it’s called the Low Income Climate Action Tax Credit.

It is time that people understood why the carbon tax is such a good idea. Please, take these arguments to your friends, to your families, to your colleagues. If you truly believe that we need to lower our carbon emissions, carbon taxation is the way to do it, and it will only happen if people vote for it.