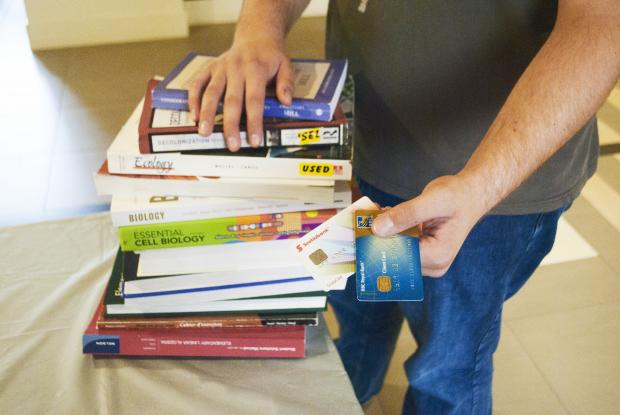 Macroeconomics: $149. Physical Chemistry: $185. Introductory Statistics: $187. Fundamentals of Analytical Chemistry: $205. Textbooks are undoubtedly expensive, a frequent lament of most students. But while high prices are not enjoyable as consumers, the question is whether they are exorbitant. And to answer this question, we need to know the causes of such lofty pricing, some of which are obvious and boring, while others are cleverly hidden.

The first, and often overlooked, consideration is production costs. To start, there are the authors. It takes considerable skill and time to write textbooks, especially specialized ones, and this carries a price. Secondly, there is the publisher-end, which generally includes things such as editors and copy editors, marketing, designers, text formatters, proof-readers, and so on. These can be considered the hidden costs of producing textbooks.

The second consideration is that you, the person paying, do not get to choose the book. You are told which book to buy. The purchase choice is shifted from the person that burdens the cost to some third party—the faculty—who does not shoulder the expense.  And this changes the incentives. It removes the ability of the buyer to switch between competitors, reducing the downward pressure on price. This is colloquially referred to as a ‘broken market’.

Thirdly, most publishers have some quite clever tactics to combat the growing used book market. One of these sly manoeuvres is publishing new editions. The prototypical example is that of Essential Calculus, one of the most used texts on campus. The first edition was published in 2007. Five years later, in 2012, they published a second edition. But the second edition does not contain pressing new information or innovative teaching strategies; after all, calculus has been around since the seventeenth century. It is just another way of getting students to buy a new copy, instead of a used copy of the first edition. It works because professors list the new edition in their syllabuses, and the first-year students enrolled in calculus don’t realize how terribly similar the two editions actually are. What’s more, there is evidence that textbook revision cycles are becoming shorter, likely in response to the growth of used book exchanges.

The ploy of new editions is obvious to most seasoned students. But there are other gambits used for similar purposes. Ever seen a ‘Canadian’ edition of your textbook? That helps to prevent you from selling your book online to American students. Did your book come with a ‘one-use online access code?’ Another barrier to resale. My personal favourite are ‘ready-for-binder’ texts: the idea is that the student buys the pages of the textbook and then puts those pages in a binder, instead of a traditionally-bound book, and the result is a ten percent lower price. This is not a benevolent gesture, rather a subtle barrier to resale; loose pages in a binder are more subject to damage and loss, and it is harder to resell a damaged text with missing pages.

To give an idea of how high a profit margin might be, I’ll use an example. In 2006, Barnes and Nobles was selling an economics textbook for US$127. At the same time, Blackwell’s in England was offering the same book for only US$76. The price-differential in this case is likely a good thing, allowing price to reflect the very different demand conditions in England. But the differential also demonstrates that there is tremendous room for pricing above cost.

There are undoubtedly other factors that influence the price of textbooks, but the lesson here is clear. Students’ intuition about textbooks is usually fairly reasonable: prices are high, and sometimes these aerial prices represent crafty publishing strategies and the nature of the colloquial ‘broken market,’ not just production costs.