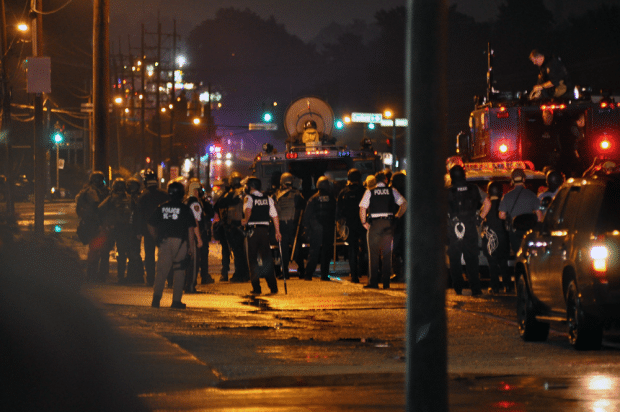 Michael Brown, an unarmed teenager from Ferguson, Missouri, was shot and killed by a police officer in early August. Within days of the event, an online hacker group, Anonymous, triumphantly declared via Twitter that they knew the identity of the offending officer.  As it was their duty, they released a name and picture of the alleged officer to the growing crowd of protesters. However, there was one small problem: he was completely innocent.

The wrongly accused officer was sent numerous credible death threats for something he did not do. Though the public now knows of his innocence, the blame that was forced upon this man cannot be excused. Online civilian driven “justice” cannot be substituted for actual justice in our society. This case explicitly shows that civilian “justice,” or civilians using the internet to essentially crowdsource criminal investigations, is not only inept at best, but at times, harmful.

Neil Boyd, a law professor at Simon Fraser University, said this perverted form of justice is “substituting the judgement of a mob or a couple of angry individuals for the judgement of a court.” It is vital to recognize the fundamental importance of our criminal justice system and rule of law. Yes, the justice system can be slow, and yes, it can make mistakes, but it can be held accountable. While online “justice” can do much to accuse, it can do nothing to correct its errors. After it was discovered that they had accused the wrong officer, online hacker group Anonymous could do nothing to aid or reverse the damage they had done.

While police officers can be held accountable for their actions, members of the online community are not held to the same standard. On Monday evening, Bob McCulloch, the St. Louis County prosecutor, announced the grand jury’s decision to acquit Officer Darren Wilson of any criminal charges for the shooting of Michael Brown.

While both justice systems can do great harm, police officers will stand trial for any wrongdoings or abuses of power. Civilian “justice” is also flawed, as it presents us with a case of two different groups of people: trained members of law enforcement and computer hackers, both trying to investigate criminal activity in our society. In a sense, technological advancement has given untrained individuals the ability to accuse whomever they wish, but not along the responsibility to ethically conduct this action.

We have a justice system that has the ability to ethically prosecute, yet we are far too ready to hand this responsibility over to faceless people behind computer screens who have a track record of poor. ineffective detective work. If I may close with a horrible cliché, technology has given us great power, but we clearly lack the great responsibility required for its use. Until online “justice”-seekers can be held accountable for their actions, we as a society cannot uphold their accusations. I believe this is reasonable and I believe that the falsely accused officer in Ferguson would agree.