Dangerous discourse of ‘us’ versus ‘them’ 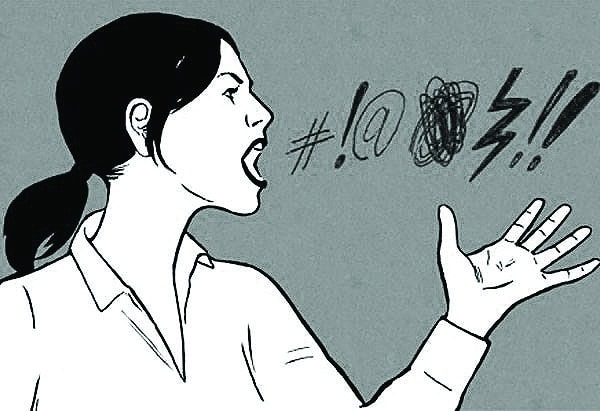 I am teaching the Apocalyptic Consciousness class again this semester, a course that explores text, worldviews and their outworkings. In its origins, the apocalyptic literature focused on the perseverance of the faithful through times of oppression and persecution. In its dualistic language, the persecutors were often demonized as a way of encouraging passive resistance to the forces ranged against the faithful. Over the centuries, this dualism of the righteous and the unrighteous has led to a connection between the unrighteous and the enemy—it is, in a word, “othering.” This dualistic worldview manifests itself increasingly in our contemporary world as a polarity between those who share certain values, creeds, ideologies, nationalities and even skin colours, and everyone else. It manifests itself in rhetoric that speaks of “us” and “them.” It leads to dangerous rhetoric and even more dangerous actions. The dualism of apocalyptic thought has led to white supremacist movements, hatred and violence.

It is troubling to see this rhetoric, which has shifted far from its textual and religious origins, being employed in the American presidential primaries. Donald Trump and his rhetoric of the far right have attracted a following which wants to “make America great again,” but at the expense of others. The rising tide of American Islamophobia, racist rhetoric about Latin American immigrants, and simplistic solutions to American and global issues are deeply disturbing.  Perhaps even more disturbing are the large numbers of ordinary people attracted to this rhetoric, who shrug off suggestions of interning Muslims as though they are somehow reasonable. The lives of others – those who are not white or Christian – are suddenly rendered expendable.

Comparisons have been made between the rhetoric of Donald Trump and the rise of Hitler’s Nazism, which may or may not be overblown. Comparisons have also been made to Adolf Eichmann, the bureaucrat who arranged the execution of millions of Jewish people as though it were just an operational exercise. It was in covering the Eichmann trial in 1963 for the New Yorker that Hannah Arendt coined her now-famous phrase, the “banality of evil.” Eichmann didn’t look evil, he didn’t look guilty, he just looked ordinary. Therein, of course, lies the danger.

We face this danger of evil in Canada, too, including and perhaps especially in such banal forms. We assume the face of white supremacy is found only in the deep south of the United States, wearing the white hoods of the Klu Klax Klan. But in Canada, right-wing extremism – encompassing white supremacy and racism, Islamophobia, and homophobia – is on the rise and finds expression through social media in hate speech, but also through vandalism and violence including assault and even homicide. Since the fall, we have read that Syrian refugees were pepper-sprayed at a welcoming event in Vancouver, a mosque in Peterborough was set on fire, and graffiti calling for people to “kill refugees” was spray-painted on walls and cars in Calgary. Over 1,000 hate-motivated crimes are committed each year in Canada, and many of these can be attributed to right-wing extremists.

We may have preconceived ideas about white supremacists: gang members, skinheads, young white men in low-income and urban settings—those who are raised in a context of violence. But there are others who are dangerous not because of acts they might commit, but for the attitudes they nurture and the acts they might incite. Under the banner of “free speech” they promote hatred against particular identifiable minorities, and they are the banal face of evil.  They are young and also middle-aged, they are uneducated and they have college degrees, they are unemployed and they are working, they live in rural and urban areas. And increasingly they target Muslims and refugees as the objects of their hate speech.

Unfortunately this attitude is found across Canada, and is not limited to urban centres. Even here in Sackville there are those who espouse white supremacist agendas, employing the usual hate rhetoric of Islamophobia and racism. Perhaps it is just as well that refugee families have not yet arrived in Sackville, as they have already been targeted in social media by hate speech, under the misguided notion that it is permissible under Canada’s endorsement of free speech. Public-access Facebook sites which originate in Sackville target and link all persons of Arabic origins or Muslim faith to the extremism of ISIS, they make statements that refugees are “a black plague” or that Muslims refugees are “the enemy,” they provide links to known white supremacist sites including PEGIDA Canada. Such rhetoric serves to make hatred mainstream. It encourages tolerance of hatred in discourse, and by implication, in action. I presume that in the Sackville case, these social media sites with barely a handful of followers have only limited impact. Nonetheless, this is the banality of evil. It seems so innocuous and ordinary, lurking in sites that purport to be for the public good, but nonetheless, it is more than just mean-spiritedness and a misunderstanding or fear of Islam—it is evil. This rhetoric of evil needs to be exposed for what it is, to be denounced and brought to account through proper due process.

While there is room for different opinions about refugee resettlement, the targeting of the SRRC by the rhetoric of hatred and white supremacy is deplorable. I can only hope the overwhelming kindness, generosity and compassion of the vast majority of Sackville residents, to which we have already been witness, will continue when refugee families arrive and settle. I hope our care for one another will extend also to the recognition of evil, even in its seemingly innocuous forms, and will expose that evil so that our community, including refugee newcomers, will be safe and welcoming to all.