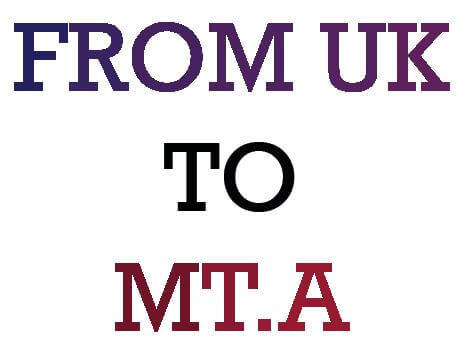 With October coming to an end and the clouds turning grey, it was time for another trip for the international students. Instead of exploring the likes of Prince Edward Island and Hopewell Rocks, my fellow internationals voyaged to Nova Scotia and into the great city of Halifax. The blistering cold and the winds flooded onto our faces as we arrived after the two-hour-and-15-minute drive. Our first stop was the farmers market.

All of the frosty Canadian gales had been forgotten as our nostrils were filled with smells of baked bread, spices, fruits, vegetables and exotic fragrances. A whole international community, including and beyond ourselves, had filled the 100 per cent homemade farmers market on a chaotic Saturday morning. Finally, a break from Jennings.

Our next stop was the well-known Museum of Canadian Immigration. The group of internationals were split in half as they were taken on a tour of the museum by two energetic tour guides. They were both terrific as they gave us insight into the immigration proceedings of the past. The tour guides told us stories of people arriving on boats who had all experienced sea sickness during their voyages and the foods travellers snuck beyond the border.

Cory Ashe, a first-year aviation student from Antigua, loved the museum and liked the comparison between the historical and current immigration processes. He felt the visit was a rewarding and enriching experience.

After the museum, all of the international students had free time to explore Halifax. Some went to the historical Citadel, which overlooks much of Halifax. Others explored the parks and the famous waterfront. I and a few others went to the World Tea House, which was a great experience and a good way to get away from the rain and cold for an hour or two. I felt at home when I was slurping on a large green mug of earl grey tea.

The hours passed and it was nighttime in Halifax. When the darkness had fallen the international students went off to the mall and bought many things, such as Halloween masks and other essential items. A great day out from dawn to dusk and everyone had a fantastic time.

Arjun Das, a first-year aviation student from India, loved Halifax, in terms of its scenic beauty and historical significance. His favourite part of the trip was the tour of Pier 21, and the walk around the waterfront with his friends.

At Mount Allison, we have such a great international community that sometimes writing weekly here at the Argosy is not enough. So here I am introducing a radio show at CHMA called The Internationalist: a live, on-air talk show that shares international experiences here at Mount Allison and is a great way to bridge the internationals with the Canadians.

If you are an international, exchange or dual-national student, or if you have been on an exchange and would love to share your experiences here at Mount Allison contact me!

I would love to hear all of your stories and your country’s culture, traditions and so much more on the radio on Fridays at 3 p.m.