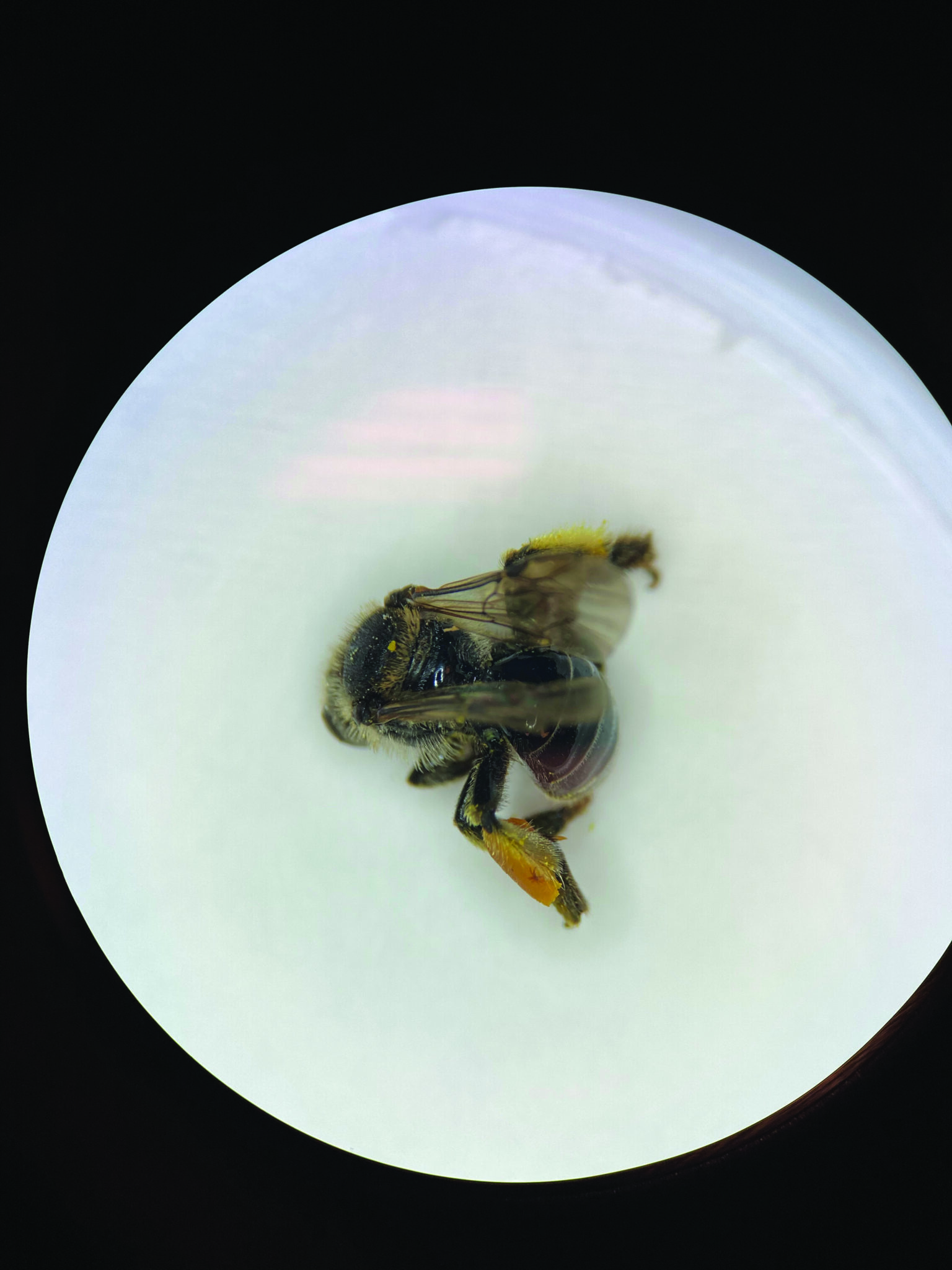 One of the first ecological relationships we learn about is the one between pollinating insects, like bees and the flowering plants they visit. We all know—or think we know—that bees collect a sweet treat from flowers and over the course of a day, they move pollen around to help many plants reproduce. It is simple, straightforward, and vastly important to maintain the health of countless ecosystems. It is an idea so rooted in our collective consciousness, that it can be quite surprising to discover both a bee and a plant that break from the norm and show up where you least expect them.

Over the past several months, I have been conducting research under the supervision of Dr. Emily Austen, an Assistant Professor at Mt. A, in the Smarty Plants Lab. Joining this lab was like stepping through a new door into the world of ecological research. I have been fortunate enough to learn a lot about research, academics, and, of course, botany and entomology. However, it is the story involving ‘swampy’ candles, oil-obsessed bees, and the possibility that Sackville may be a secret home to North America’s rarest bee species, that sometimes keeps me up at night.

In New Brunswick, as you may expect, most flowering plants produce sugary nectars to attract bees and other insects. However, one species of native flowering plant, commonly known as Swamp Candles, defies this ecological norm. Instead of sweet nectar, they produce floral oils. Right away this may raise some eyebrows, especially since this strategy is almost exclusively found in tropical plants and is highly unusual for plants in this region.

So where does that leave the local bees?

Swamp Candles have a close and special relationship to bees of the genus Macropis, who normally are this plant’s primary pollinators. But Macropis bees have not yet been officially documented in or nearby Sackville. According to pollinator expert John Klymko, a researcher at the Atlantic Canada Conservation Data Centre in Sackville, the lack of data on this unique bee species is due to lack of Macropis-specific surveys being conducted. As a result, it remains a mystery how many are here and where exactly their nests are aggregated. My goal was to find out who seems to be pollinating Swamp Candles at the Sackville Retention Pond, where many of these plants grow and no Macropis had been documented!

Although I did not know which species it was at the time, I spotted a Macropis bee enthusiastically burying its face into the oily secretion of the Swamp Candle I was examining. I quickly learned that bee identification is an art that requires an incredible amount of practice! In New Brunswick alone, there are more than 200 different species of bees, and across Canada, there are over 800. Due to my amateur level of bee identification, I had to recruit the help of experts to identify this species. That day, I saw several more of the same type of bee. In small vials, I collected a few specimens to be identified by experts.

Under skilled eyes, we determined that they were Macropis nuda bees. My supervisor, Dr. Austen, remarked, “the discovery of Macropis nuda bees at the Sackville retention pond demonstrates the potential value of naturalized sites, like this, to pollinator biodiversity.”

Having Macropis nuda at this site is exciting for two reasons. First, it solves the mystery of who is pollinating the Swamp Candles, but second, much like the relationship between bees and flowering plants, there is a curious relationship between Macropis bees and the endangered Macropis Cuckoo bee–the rarest bee species in North America!

These Cuckoo bees require access to the nests of Macropis bee species, since they lay their eggs in those nests so that bees like Macropis nuda are tricked into safeguarding the Cuckoo bees’ young. The presence of Macropis nuda means that there is now potential for Macropis Cuckoo bees to be here as well. We may just need to look. If they are found here in Sackville, it would be an exciting pursuit for future students to conduct further research on how this species can be protected in this region.

From all of this I came to know that we should not underestimate the potential significance of undergraduate research. Be confident and reach out to get involved in research that interests you! Mt. A is a university that prides itself on the amount and accessibility of hands-on learning and student involvement in research. Make the most of the opportunities available and be confident in your ability to learn, navigate unfamiliar work, and discover!