The shame of redneck reality TV 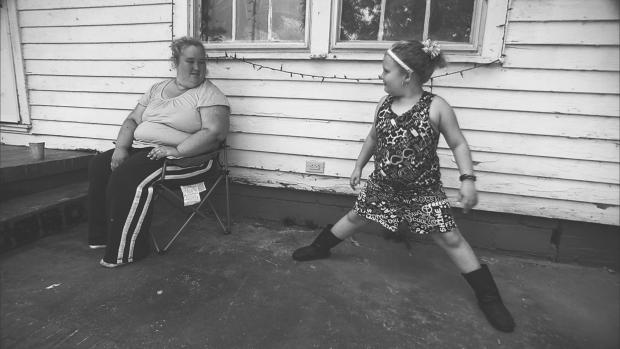 Fans of Alana “Honey Boo Boo” Thompson will no longer see one of TLC’s biggest reality television stars traipsing around in the mud, competing in beauty pageants and eating road kill in the rural South. The series was cancelled amid speculation that June Shannon, Thompson’s mother, is dating an alleged sex offender while cutting coupons and serving her family butter-laden spaghetti.

It is easy to laugh at the antics of the characters portrayed on reality TV series like Here Comes Honey Boo Boo but what does the series really show us, and what are the producers really selling?

American television has a long history of using hicks as a way to generate comedy in its programming. Rural families living near the poverty line are often at the focus of these shows, embodying their stereotypes for the benefit of the audience. These supposed daily occurrences are meant to be comedic, but little is funny about the stereotypes that these shows are perpetuating, especially when they make light of poverty and the issues it encompasses and propagates.

Alaskan Women Looking For Love, another TLC program, is also representative of this skewed version of reality. Women leave their hometowns to go to Miami seeking potential significant others. While this may seem like light-hearted fun, these women have become representations of what women in Alaska are like. This show also features the women shopping for different styles of clothes and getting makeovers in order to view themselves as more attractive. This is potentially challenging for women in Alaska who might watch this show from home and feel entirely misrepresented. One of the slogans for the series is “taming the girls of the Alaskan wild” and if that doesn’t signal that something is wrong with the portrayal of these characters, I don’t know what would.

While television is designed for ratings and shouldn’t be taken too seriously, this phenomenon misrepresents the less fortunate and further stereotypes women and many other marginalized groups as well. There are stereotypes reproduced on television for many different groups spanning from racial or ethnic minorities to gender and sexuality. We can see this phenomenon clearly through the inclusion of the trendy gay best friend or the token black character.

It is deplorable that this type of television propagates not only the image of Alana Thompson’s family, but others like them. In the realm of reality television, the characters portrayed on the series are real people, no matter the personas they adopt on television. A vast number of people in the audience seem to forget this fact, which is why I think programming of this nature is extremely dangerous for the whole marginalized group that is represented by Here Comes Honey Boo Boo.

What happens when the episodes end and the cameras are turned off?

When the episode ends, June Shannon uses those coupons to make ends meet, gender nonconforming children go to school and might be made fun of for being different, and the women from Alaska alter their appearances to attract potential suitors. Even if  June Shannon has made money being featured on a television show, there are so many that have not and have to live the reality that is being portrayed on Here Comes Honey Boo Boo. Often, it is the day-to-day norm for many people who don’t fit into the white, heteronormative and middle-class norm. So, what are the producers really selling? They are selling a glimpse into the life of the marginalized “other,” which, through the magic of television has somehow been reinvented as our newest laughing stock.

I would challenge viewers to read into the lives of the characters on these shows and to find anything funny about their daily struggles.