A glass of wine not as beneficial as once thought 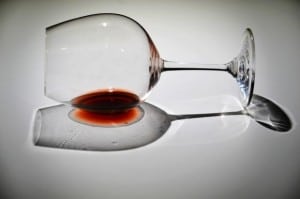 A glass of wine may not be for you.

While alcohol is a vice, at least for university students, it has several commonly cited health benefits. The most widely-believed of these is that it reduces the risk of coronary heart disease when consumed in moderate amounts, which is defined as two drinks a day for men and one drink a day for women. New research published in the journal Alcohol last week suggests that alcohol may only reduce the risk of coronary heart disease in a very small part of the population as low as 15 per cent. Only genetically predisposed individuals will benefit from moderate drinking, which the study’s authors say should not be as widely suggested to reduce the risk of heart disease.

The study, conducted by researchers from Sahlgrenska University and the University of Gothenberg in Gothenberg, Sweden, found that only individuals who were homozygous for the Cholesterol Ester Transfer Protein (CETP) gene were at a reduced risk of heart disease from moderate drinking. Homozygous individuals possess two complementary versions of a gene, and homozygotes of the CETP gene make up only about 15 per cent of the population. This is in contrast to most individuals who are heterozygous for the CETP gene.

Only one past study had tested whether genetics influenced alcohol’s effect on heart disease. However, it was done almost twenty years ago, and failed to control for other factors that influence heart health.  This new study confirms its findings and explains why past research on whether alcohol was heart healthy had conflicting results.

The study was conducted on 453 men and 165 women in Sweden with histories of coronary heart disease. They were part of the Sahlgrenska University INTERGENE initiative, which had amassed data on a range of health related characteristics and participants for genetic research on disease since 2001. Participants filled out a questionnaire on how much and how often they drank alcohol, as well as other lifestyle habits that influence heart disease risk. Their genomes were analyzed and compared to the degree of their heart health.

Other heart healthy habits, such as exercise and proper diet, did not affect the benign influence of alcohol in CETP homozygotes, and this bolstered the conclusion that alcohol can reduce coronary heart disease risk in these individuals. Results were the same for men and women, though in women they were statistically weaker due to their smaller sample size.

Unfortunately, for most of us, our heterozygous pair will not hold up anymore in a defense for a casual drink.