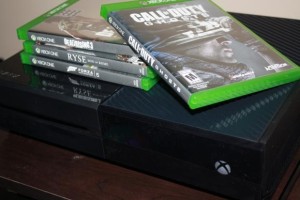 Competition challenges teams from across the globe.

After three gruelling days of action for $1 million, the Call of Duty: Ghosts World Champion was decided last Sunday in Los Angeles. When it was all said and done, Complexity (USA) swept EnvyUs (USA) 3-0 in the finals to continue the journey for one of the greatest franchises in e-sports. The world championships brought thirty-two of the top teams from around the world to the one location through online qualifiers over the past couple months. The top two teams from Canada were guaranteed qualification to the world championships, but the top sixteen American teams had to go to Florida to compete on LAN for the eight USA spots. Teams from Australia, Germany, France, Sweden, Netherlands, South Korea, Singapore, South Africa, and Brazil were some of the countries that were also represented over the weekend.

Complexity had reached the finals of the last ten tournaments, winning eight of them, in preparation for the world championships. Meanwhile, EnvyUs came into the tournament as complete underdogs, and were overlooked by many on their journey to the finals. The team was otherwise known as a ‘misfits’ team, with three players who were dropped or let go from their previous teams, and the coach of EnvyUs decided to come back into gaming to round out the squad. During the tournament, they were knocked out in the first round in the double elimination bracket, and had to endure going through the entire losers’ bracket to make it to the finals, where their endurance finally got the best of them as they were quickly defeated.

Canada was represented amazingly well, with the two qualified teams making it to the top sixteen in the world. Both Vexx Revenge and Wild Gaming, both from the Greater Toronto Area, showcased their skills, and surprised not only the powerhouse teams, but themselves as well.

“Coming into the championships, nobody really considered us as a threat, but as the weekend went on, teams started to see how dangerous we are,” Shane ‘Slumber’ Burnham said. Burnham is on Vexx Revenge, who shocked the entire Call of Duty community by finishing eighth and taking the last money spot, earning the squad a cool $25,000.

Damon ‘Karma’ Barlow from Ottawa is on team Complexity, which won the championship, making it the second consecutive year he has won the championship. Barlow had done so previously with Impact, who were shocked in the USA qualifiers by not re-qualifying for the world championships. Jevon ‘Goonjar’ Gooljar from Mississauga, Ontario finished in the top sixteen with Team Kaliber, and Raymond ‘Rambo’ Lussier from Montreal returned from coaching into gaming for EnvyUs and led the squad to their second place finish, receiving $200,000.