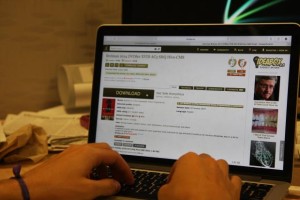 Pirates, ye be warned. New regulations in Canada’s Copyright Modernization Act have made file sharing in Canada potentially less secure. Internet Service Providers (ISPs) are now legally obliged to warn internet users that a copyright holder is aware of their illegal downloading activity, and to release those users’ personal information if a lawsuit is filed. These new laws, also known as Bill C-11, came into effect on Jan. 1, and lets copyright holders sue file sharers for up to $20,000.

In addition, ISPs must release a file sharing user’s personal information, such as their name and address, if the copyright holder files a lawsuit against them. Copyright holders can then sue file sharers from $5,000 to $10,000 in statutory damages, and up to $20,000 if the file sharer gained monetarily from the activity.

Technically, Mount Allison itself is an ISP because it manages the campus’ local network, and will have to comply with the new regulations. According to Helmut Becker, Director of Computing Services, Mount Allison has informed several students in the past that copyright holders were aware of their illegal file sharing activity, and that their network accounts would be suspended if they didn’t stop. Becker said that these students stopped their file sharing thereafter, and that Computing Services has never had to suspend an account due to file sharing.

Becker said that Computing Services doesn’t monitor users’ internet activity, and only knows when a student has been file sharing after a copyright holder has contacted them.

“What you do or what you look at [on the internet] we could care less,” he said, “but if you start doing this, you could get sued.”

While Computing Services doesn’t have precise statistics on the number of file sharers on campus, they have noticed a sharp decline in recent years on the proportion of bandwidth file sharing takes.

“Most of our internet traffic five or six years ago was probably file sharing,” said Peter Crawshaw, Computing Service’s Network Manager, “but most of [it] now is video, people watching Netflix or other video sources.”

Bill C-11 included other new regulations beyond online copyright violations. In an email to the Argosy, Stephen Law, department head of Mount Allison’s Economics Department and an expert in the economics of regulation, wrote: “some of the new regulations in C-11 are excellent, [but] the new restrictions on digital locks are problematic and overly restrictive.”

He said that although the new regulations on online copyright violation could have been worse, they may benefit large copyright holding firms in the United States more than those in Canada.

Law also said that some parts of Bill C-11 were meant to bring Canadian copyright law in line with other countries.

An aspect of Bill C-11 of which Law approved was exemptions on copyright for media use in education.

“It made little sense for the RCMP to be investigating school teachers showing movies in their classrooms,” he wrote.