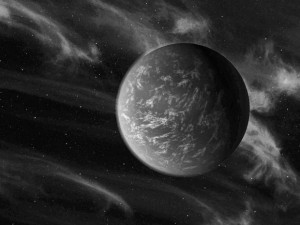 New planetary discoveries suggest the existence of eight new planets in the Goldilocks zone. The region of space is so named because planets within it tend to hold liquid water on their surfaces.

Astronomers at the Harvard Smithsonian Center for Astrophysics have been working for a year on a study concerning eight potential planets in the circumstellar habitable, or Goldilocks zone. Among the eight, two seem particularly promising. Both Kepler-483b and Kepler-442b have been singled out for their comparability to our own planet. Their sizes are relatively similar to Earth, and their proximity to their star allows for significant solar radiation. The sizes of these planets are particularly important, as size is a major determinant in whether a planet is rocky like Earth. Bigger planets, or a massive ones like Jupiter, tend not to be rocky and may not be able to hold any liquid on its surface.

Researchers have been at this study for quite sometime. They first identified these planet candidates during a Kepler mission. However, the ability to confirm important information, such as size and whether or not they were even planets, came only after the researchers used a computer program called BLENDER. The following year, researchers used different methods of studying the planets, such as spectrometry and optics studies, in order to learn more about their composition. Spectrometry involves a wide range of techniques of chemical analysis, and is used to determine the characteristics and properties of substances, while optics studies are concerned with how light interacts with matter.

Kepler-442b seems most similar to Earth. It goes around its sun once every 112 days and is about one-third larger than Earth. Researchers calculated that the chance of it having rocky characteristics like Earth is about 60 per cent, but receiving only about two-thirds as much sunlight from its sun. Finalizing the statistical analysis for Kepler-442b puts the planet’s probability of being habitable at 97 per cent.

Kepler-438b is the second planet considered to be similar to Earth. It has a greater chance of having rocky characteristics at 70 per percent, but receives 40 per cent more light than Earth does. The total analysis for this planet lies at 70 per cent chance of being habitable.

The extra sunlight poses the biggest habitability problem for Kepler-438b. The Goldilocks zone refers to a planet’s distance from the sun: it is not too far from the sun to cause water to be in a constant solid state and it is not too close for the water to vaporize. Kepler-438b may receive too much sunlight to maintain liquid water. But compared to most planets, a 70 per cent chance of habitability looks pretty good.

The word habitable does not mean that a planet contains life. Rather, if a planet is habitable, there is a higher chance for the development of life. “We don’t know for sure whether any of the planets in our sample are truly habitable,” said astronomer David Kipping from the centre.

Although these planets are interesting candidates as potential hosts of lifeforms, we may not be able to reach them for a very long time. Kepler-438b is about 400 light-years away from Earth and Kepler-442b is 1,100 light-years away.