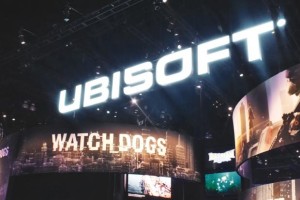 Watch Dogs and The Crew were to be title releases.

Wondering what games you want to get for Christmas? Trying to figure out which games you are going to get with the new consoles? Well, take Watch Dogs and The Crew off of your list, as Ubisoft has announced that they are delaying the release of both titles to the spring of 2014, making those games that were highly anticipated to come out with the release of the new console pushed away.

Games can get delayed for various reasons, and it is mostly due to the game’s development. The scheduling might not be entirely accurate, or the developer underestimated certain aspects of the game. Even some last minute major bugs can slow down a game’s approach to the store shelves.

With Ubisoft, a lot of their reputation depended on these titles, and they wanted to release the most polished product possible. A statement from Ubisoft released said, “As we got closer to the release, as all the pieces of the puzzle were falling into place in our last push before completion, it became clear to us that we needed to take the time to polish and fine tune each detail, so we can deliver a truly memorable and exceptional experience.”

However, as many gamers were looking forward to their Christmas break and  looking forward to play the hacking adventure of Aiden Pearce, who uses Chicago as his weapon, it might actually be a blessing in disguise. The two most recent notable delays were Bioshock Infinite and Grand Theft Auto V, who have had near perfect critical acclaim from gamers around the world. It is known in the gaming community that they will actually respect a company that delays games, rather than releasing half-finished products.

Meanwhile, Electronic Arts have used this opportunity to capitalize on their competition. They have just recently announced that Titanfall will be released on March 11, 2014, to capture the market that originally would have went to Watch Dogs.

Financial investors have reacted completely differently than gamers in this situation, as Ubisoft’s stock fell more than twenty-five per cent after their announcement of the delays. The holiday season is the best time for games, but Watch Dogs is one of the more anticipated titles, and with it coming out when there won’t be a lot of other next-gen content available can only work in their favour. For example, with the Grand Theft Auto V release, the company’s stock after the delay decreased to $12.23, and after the release rose all the way to more than $17.00.

For those people who pre-ordered Watch Dogs as part of the bundle with either the Playstation 4 or Xbox One, you still will receive your console, and EB Games is giving the option to select other games in the bundle if you so choose. At the end of the day, this can be a hit or miss for Ubisoft.