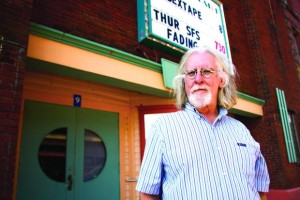 With the release of their fall lineup, this week marks the beginning of another promising semester for the Sackville Film Society. Going on thirty-six years under the leadership of photography professor Thaddeus Holownia, the society continues to promise something new each Thursday at Sackville’s Vogue Cinema.

Each season, the Sackville Film Society balances a mix of lesser-known releases with acclaimed and anticipated titles. This fall’s lineup is no exception, and promises everything from thrillers to Swedish comedies and artist biopics to vampire dramas.

Kicking off this list is Fading Gigolo, a comedy starring Woody Allen and Sofía Vergara. While Allen is best known as a director, he takes centre stage alongside the film’s director, John Turturro, who also stars. Though reviews have been mixed, the film promises laughs to get the film society started once again.

Among the list of films that will be screened this semester is the highly-acclaimed film Boyhood on Sept. 25. Shot over the course of twelve years, writer-director Richard Linklater has crafted a coming-of-age epic that has garnered worldwide critical praise, numerous accolades, and managed to score a 99 per cent ‘fresh’ rating on Rotten Tomatoes.

Boyhood has been noted for its risky production strategy, after Linklater cast then-seven-year-old Ellar Coltrane in the lead role in 2002. Production and filming then continued every year until its 2014 release, with the character and film evolving alongside the growing actor. Boyhood not only tells a compelling story but is itself a study of the realities of aging and the process of filmmaking.

Switching gears later in the semester, another anticipated film in the lineup is Only Lovers Left Alive on Oct. 16. Complete with a star-studded cast, including Tilda Swinton, Tom Hiddleston, and Mia Wasisowka (who makes another film society appearance in Tracks on Oct. 2), Only Lovers Left Alive promises to be anything but your average vampire flick. In the running for the Palme d’Or at Cannes earlier this year, the film has garnered attention for Swinton and Hiddleston’s performances as well as awards for the film’s score. For viewers looking for a film with rockstar vampires in a desolate urban landscape, it shouldn’t be missed.

Thanks to the continued support of the Sackville community, the society has been going strong for many years. By collaborating with the Vogue Cinema and Mount Allison, the Sackville Film Society’s weekly screenings help to close the gap between “town and gown” by creating a community of movie-goers and promoting discourse and discussion of the arts.

Sackville Film Society screenings are shown every Thursday at 7:30 p.m. at the Vogue Cinema. Memberships and tickets are available at the box office.

Leave a Reply to BEAUTIES IN NB Cancel reply