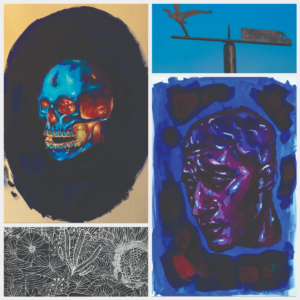 The first thing you see when you pick up your bi-weekly issue of The Argosy is the cover. The wonderful paintings, drawings, and photographs that you see are all submitted by Mt. A students. In the fall of 2022, The Argosy received many submissions for both the creative section and the cover. Three of these artists spoke with The Argosy about the inspiration behind their submissions.

Our first cover this academic year was created by fourth-year Bachelor of Fine Arts student, Shivanya Ra Albas. “I actually ended up in art by mistake,” they said. During a particularly difficult stint at summer camp, their mother gifted them a sketch book and watercolour pencils. “It helped me get through that summer,” they explained. After that initial introduction, Ra Albas enrolled in art classes during their senior year of highschool. “Because I was in art class, so much of my life got elevated,” they said, and it ultimately inspired them to study art in university. 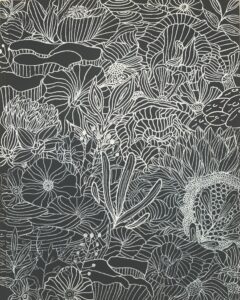 Their cover piece, titled “Abundance,” is actually the cover of their hard-cover sketch book. It was created this summer during Ra Albas’ Pierre Lassonde internship in Hamilton, Ontario. The piece was made for fun, as a way to decorate a new sketchbook. They are currently working on a larger piece of the same style. Similar to “Abundance,” this black and white piece features beautiful line work and expressions of nature shown through flowers, mushrooms and foliage. Ra Albas describes the process as “getting lost, seeing the shapes, taking hold and just really understanding form.”

Our second cover was submitted by Gregory Peter, a second-year commerce aviation major. This untitled piece was created in an attempt to “capture a [photo] which can portray Sackville.” Peter began photography with the interest of capturing smiles. After moving to Canada and getting his first camera, he became even more enraptured by photography. He continued to capture people and smiles, but eventually expanded his focus to nature. 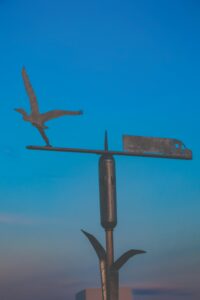 Second-year Bachelor of Fine Arts student Tess Poirier’s art has graced the Argosy cover not once, but twice this year. Poirier started with art very young, having always been drawn to artistic and crafty activities.“I always had a dream […] to do art school,” they said.

“Both of the pieces […] were meant as sketchbook practice pieces because I was just starting out with gouache painting,” they said in reference to their cover pieces, “Life In Death” and “A Study In Blue.” “I really wasn’t planning on making it a piece that I would show everyone, but I really ended up enjoying the paint and the style,” Poirier continued. 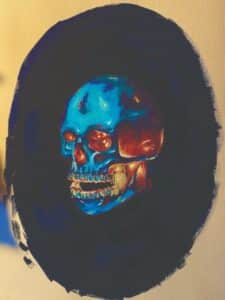 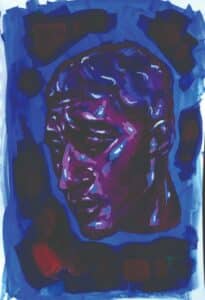 When is art ready to share? For Poirier, when they are “afraid or a little insecure about a piece that [they’re] showing, that means that [they] should show it.” “You don’t have to think something is ready to have it be consumed and enjoyed” they explained. The act of sharing their work often allows Poirier to love the piece even more. Ra Albas echoed this, saying “people should be allowed to show their progress.” “We’re always told to see the professional, the polished, the finished [..] but I think there is something really special about seeing the ‘in-progress’ of it,” they continued.

For Peter, when it came time to submit his piece, it was a matter of sharing “the right picture.” “To be honest with you, I deleted that picture immediately after editing it,” he said. “I am a person who likes to [work at] 100 percent rather than 50 or 60,” Peter explained. Ultimately, he decided to trust his instincts, along with input from his peers, and shared it.

As Ra Albas put it, it is “up to the artist’s interpretation of the piece, when it’s done or incomplete.” Whether it be the piece itself, or our perception of it, art can continue to evolve even after the paint dries.