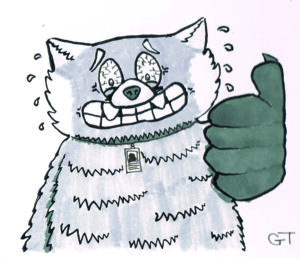 “The number one rule in my family? Honour your parents.”

I don’t know how I always underestimate how much Pixar movies will make me cry. However, by about 30 seconds in, I knew that Turning Red was going to hit far too close to home. After a lifetime of bottom of the barrel scrapings for representation, a movie about a Chinese-Canadian girl from Toronto is a revelation for me.

The Toronto-Chinese details are excellently chosen and beautifully realised; the flora and fauna of background magnolia trees, morning glories, and blue jays are tiny details that make the movie. Similarly, the details of staging in the house like the potted orchids and good fortune wall hangings add aspects of realism. There is also the classic Toronto nostalgia of the old streetcars and the Sky Dome that truly have me missing home. The film is filled with Asian-Canadian talent, from director and writer Domee Shi, who previously wrote and directed Pixar’s short Bao, to the voice talents of Sandra Oh and Maitreyi Ramakrishnan.

Although there have been many complaints that Turning Red is “cringey” or “annoying,” it simply captures the feeling of being 13: awkward and weird. From the friendships to the boy band-obsessions, to the way they talk, act, and look, Meilin Lee and her friends are perfect representations of preteens. The drawings in Meilin’s notebook are imperfect and yet lovingly accurate to children’s drawings. The movie lets 13 year olds be 13 year olds, and that is emphasised in the way the movie depicts periods. In any movie, live action or animated, for children or for adults, I have never seen periods represented in a way that has so little stigma and that normalises them so easily.

Every single character is gorgeously designed and each is unique. The animators were not afraid to make strong choices with the character design that exaggerate features that are not considered conventionally pretty. This is especially noticeable in the auntie characters, who all have extremely distinct features.

The main group of friends is diverse both in appearance and culture. Each one is a fully realised character that responds to Meilin’s issues and their relationship with her in a different way. They also have perhaps the coolest fashion sense that I could only hope to achieve. The power of friendship is an integral part of the movie and Meilin’s friends are always supportive of her, even if they might not necessarily understand her family.

This movie breaks the mould that all stories are about fathers and sons. Although there are well-developed male characters, such as Tyler the bully and Meilin’s father, the movie centres on women characters. The women are the ones who drive the plot through their actions and the relationships between them. This is especially prevalent in the depiction of the relationship between Meilin and her mother Ming. It is nuanced and dynamic, and you can truly understand how much they love each other. Although the overbearing tiger mother is there, it is not a lazy stereotype. It is realistic and multifaceted and helps you understand her.

Pixar, as always, really knocks it out of the park when it comes to emotionality. The movie pulls at your heartstrings in ways that are universal, and each experience is given love and care. You truly feel Meilin Lee’s embarrassment, panic, confusion, and fear. You feel as if maybe you too have a red panda inside you that needs to be let out.