A fair price for an artwork 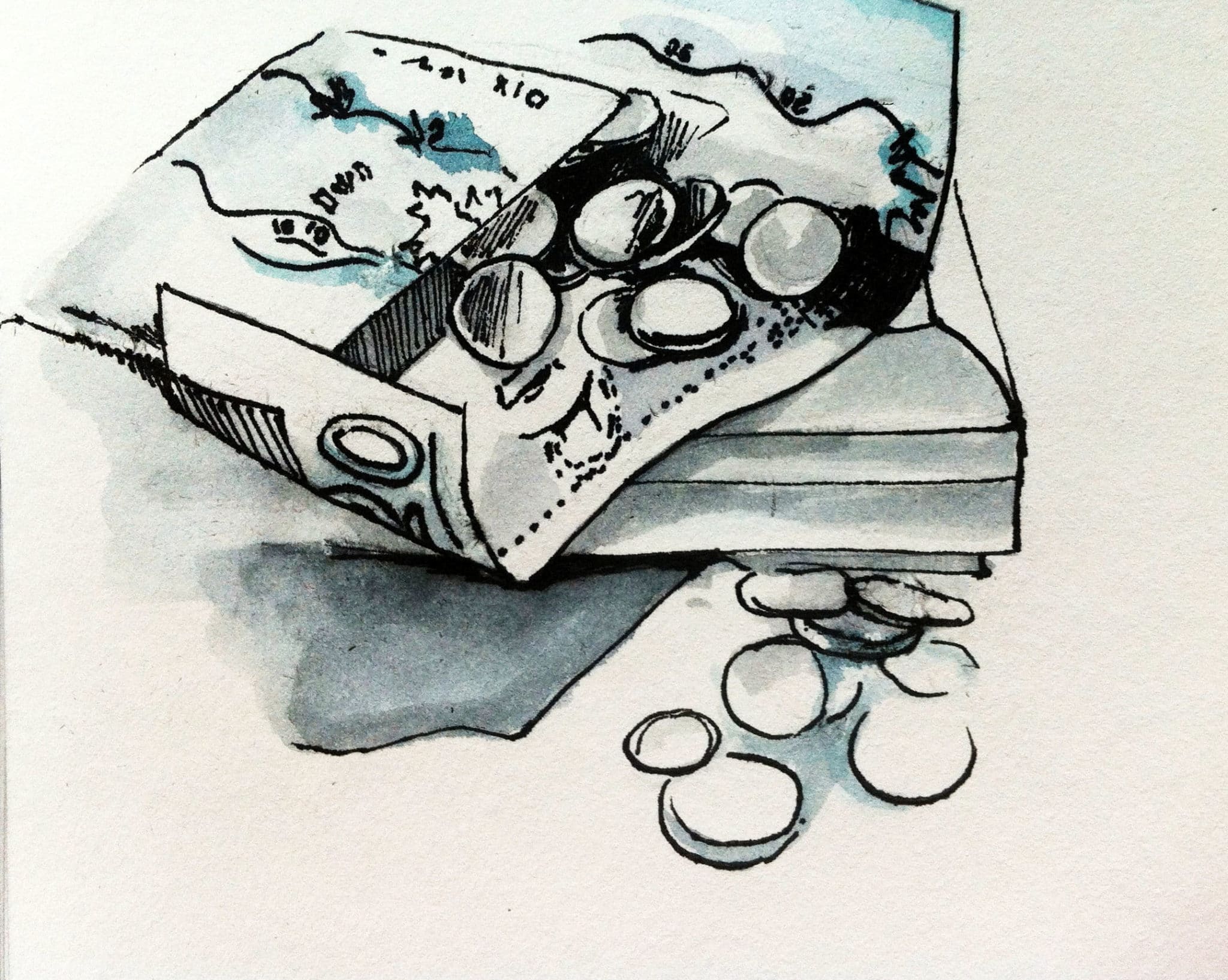 In my brief brush with art history, I’ve noticed that financial motives divide artists into camps of booed sellouts or glorified starving geniuses. The less artists live off of, the more their genius is adored. Never mind the privileged ones, it’s moments of artistic agony that achieve common knowledge. Consider Van Gogh selling his pieces for 25 cents (if at all), Edgar Allan Poe’s down-and-out lifestyle, Frida Kahlo and Jean-Michel Basquiat: the list goes on of famous artists who have made art through adversity. This glorified narrative of toil and trouble for art excuses exploitative prices and distances artists from having a claim on what they are owed.

This is especially the case with young artists – from all disciplines, but I write from experience with visual arts – who toil plenty as students, but probably don’t wish to make it a lifelong habit.

This past summer I had the opportunity to sell works among experienced artists, and the general formula for pricing your artwork was an hourly wage (as was common advice online). Compared to the prices seen at Mt. A’s fine arts sales, which are mostly under $10 and have had no doubt more than an hour’s work put into them, an hourly wage may seem a better, fairer strategy. But as I stepped into this standard it struck me that dividing a piece by the hours involved in it, subtracting its materials and adding up its cost is harder to stomach than the typical student job. It has you worrying that what you’ve just birthed leaves you in the red. The standard method of pricing art is reductive in my mind and I’m eager to see more young artists challenge it.

In a wider perspective, professionally recognised artists, such as Willem de Kooning, can sell a single painting for as much as $300 million. Making more than a million dollars per hour is usually saved for CEOs, so it would seem this is an American dream ending to the suffering-artist narrative. Don’t worry, de Kooning was only paid $2,000 (in 1955, so this would mean around $17,000 today) for that piece, the art market claimed the rest. Reactions to such a momentous price are often the mean laugh, the questions about the “practical” value of “smudged colours,” the “my daughter could do that” comments and so on. I believe these last opinions, heard in most exhibits, shame independent artists toward shyer, lower prices. It then follows that any artist selling work would price somewhere between Mt. A student sales and the most inflated price imaginable.

In an ideal world, artists might only trade, gift or just make their art without poverty coming to knock. The pressure to “stay practical” pushes too many creators out of the arts. I believe this pressure also costs us a cynicism amongst artists and fosters conformism to art market rules. Moreover, entering the job market expecting to be undermined, and counting on the powers that be to exploit our work must be putting a serious dent in our optimism and, consequently, in our ability to see a near end of capitalist culture.

My suggestion, worth a try, is when selling your artwork, don’t compensate yourself with an exploitative formula, but an encouraging one instead. If asking money for a piece, price it – to the taxed and rounded 5 cent – to cover the costs of your grocery bill; the train ticket to your next project; the monetary cost of the paintbrush, kitchen knife or sweater that is going to add to your next work.

In more equitable terms: when selling your art, make your buyer an investor. If you charge enough for your next project, the piece you’ve just made can fund your continued practice. This way the exchange of dollars is an encouragement to work: a reinvestment, instead of a recovery of costs. This might even begin to tackle the attitude of work being laborious, revealing it to only be so tiring when it’s paid like a task instead of a sustainable practice.