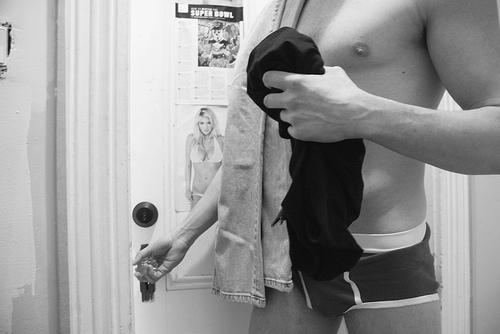 We, as Mount Allison students, know all too well how small this school really is. Everyone knows everything about everyone. And so, it’s hardly a surprise that after the weekend ends, students are abuzz with the drama that took place, who got “totally wasted” and particularly, who hooked up with who. “Hooking up” is a phrase that is used so often today, we barely even stop to think of what it means. Which is intentional. The phrase itself is supposed to be vague, because it means something different to everyone. While some people might regard a simple make-out session as hooking up, others see hooking up as nothing less than sex. Regardless of what you think it means, one can’t deny that it’s one of the most prevalent aspects of university life.

It seems that traditional dating has taken a back seat to this more non-committal, alcohol-fuelled culture. Indeed, by fourth-year, seventy two per cent of students will have had at least one hook-up, with the average amount being ten for men and seven for girls. In fact, many relationships start out as a hook-up. This doesn’t seem surprising considering that ninety per cent of Canada-wide student housing is now co-ed, as opposed to the more old-fashioned same-sex houses.

But what do students really think of this culture? Do they like the idea of casual sex with a stranger, or do they go along with the trend reluctantly? The Argosy interviewed four Mt A. students to get a better idea: two female and two male students had varying feelings towards hooking-up across the board.

When asked how they defined hooking up, all of the students agreed that you couldn’t just assume that there is one definition.

“I think anything more than making out can be considered a hook-up,” said one of the female students, “some people think that it’s just a pub make-out though.”

“If someone says ‘I hooked up with someone’, I have to ask what that means,” one commented.

Both groups also agreed on whom this trend is more oriented towards. They said that at Mt A. it seems like hooking up is more about what guys demand from girls.

“I just feel like because the ratio is so skewed here, it seems like the girls are fighting for guys, and they feel like they have to do stuff for guys in order to lure them in,” said one of the female students.

Despite this, both of the women felt that they personally don’t necessarily have to “put out” in order to get a guy’s attention. Both also noted that if that’s ever the case, then it’s definitely not worth it.

“To me, it’s all about expectations,” said one girl. “There’s nothing wrong with flirting, but I think your intentions should be clear. If you’re not planning on going home with someone, don’t lead him or her on.”

All of the students involved in the interview agreed that the worst part of hooking up at Mt. A is that word spreads like wildfire.

“It’s amazing how quickly people find out,” said one student. “And it’s a small campus, so it can be awkward. It all depends on the maturity level of everyone involved and what happened.”

Not one of the interviewees felt that this hook-up culture could have extreme adverse effects. The general consensus seemed to be that if both parties are being safe and responsible, then hooking up is a great way to learn more about yourself and it can be fun.

“I think anything is good as long as you’re doing it for yourself,” said one of the female students.

Even when it came down to the controversial use of the word “slut”, the parties were on the same page for the most part.

“I think the label definitely exists,” said one female student. “But I wonder why people judge it. I think that if people judge you based on your sexual experience, then it can largely stem back to jealousy and their own lack of self-esteem.”

“People are nosy in Sackville and people know who hooks up the most often,” added one of the men. “It’s easy to call someone a slut because you know all the details and you can put a name and a face to the stories.”

On a lighter note, all of the students had interesting tips to contribute when it came to the question of hook-up etiquette. All four agreed that you should keep your hook-up details on the down low unless the other person is okay with you telling people. They also advised against getting too attached to someone, especially if you know it’s just a hook-up. As far as morning-after etiquette, one student suggested getting your partner a drink of water to help with the hangover, or offering to walk him or her home.

“At the very least give a girl a pair of your sweats,” one of the guys said. “Don’t let them do the walk of shame in last night’s dress.”

“And remember their name,” one girl laughs. “That way you don’t have to wake up in the morning and be like, ‘hey… you.”

All four students considered it rude and awkward to leave before the other person wakes up. And on a campus where you’re bound to see the other person, increased amounts of awkwardness is the last thing you need.

“But make sure that you don’t just ignore their existence after that,” added one of the girls. “Just say hi when you see them or even a simple smile.”

“Just be friendly,” a third student concluded. “Don’t be a jerk about it.”

So whether or not you participate in the hook-up culture that is ever-present at university, there seems to be some very clear-cut rules. Don’t make someone else feel uncomfortable, be safe, and don’t judge anyone who chooses to participate. In the end, it’s all about having fun and judgment from anyone else should never get in the way of that.