Motyer-Fancy to host ‘Fortune of Wolves’ 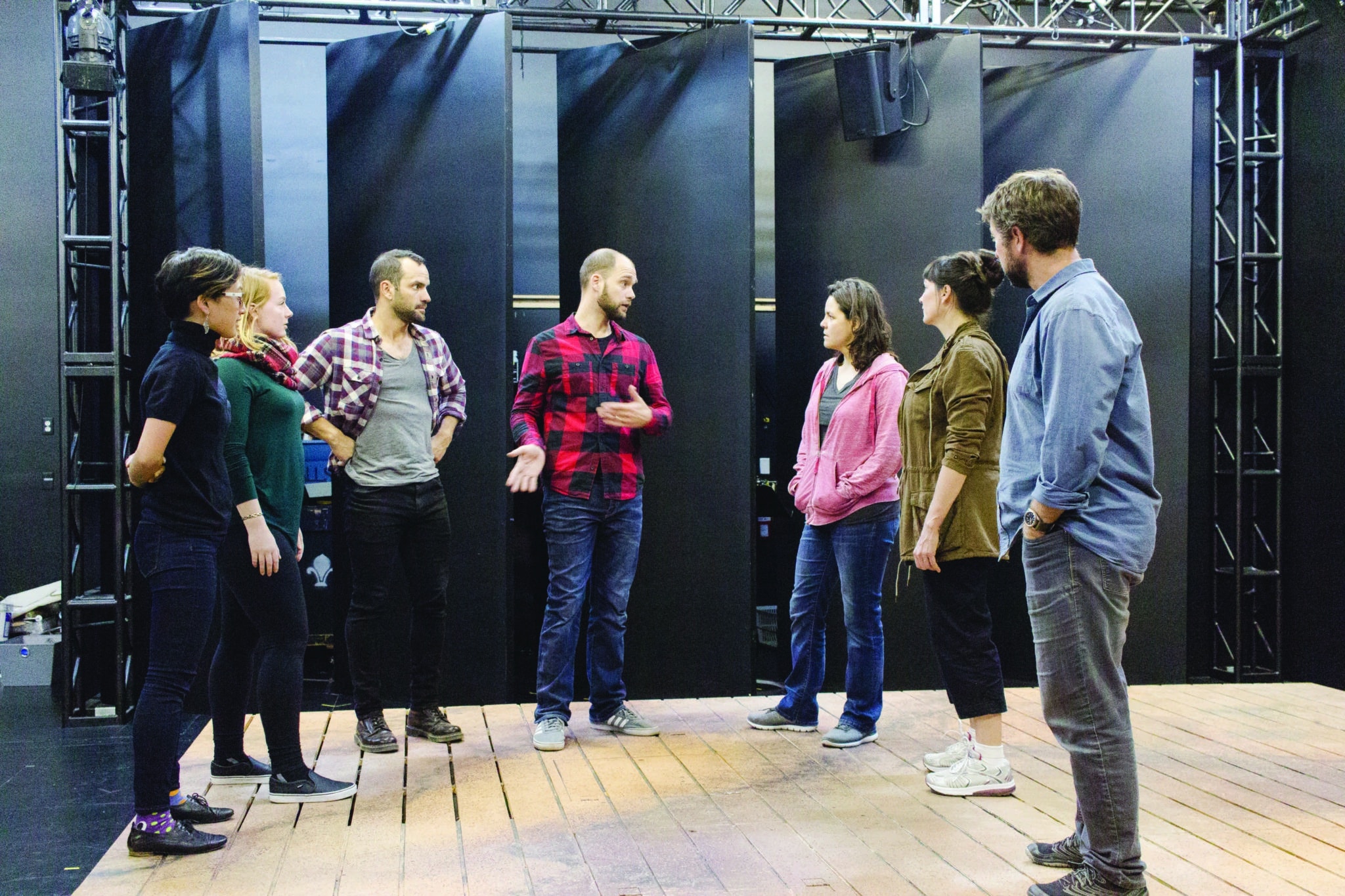 “Did you notice that everything in this town is named after ducks? Like the café down the street. The Black Duck? And this bar we’re in? Ducky’s?”

On Monday, Mount Allison audiences can expect more location-based monologues – not all duck-themed – in the Theatre New Brunswick (TNB) tour production of Fortune of Wolves. Fresh from its world premiere in Fredericton, Ryan Griffith’s play promises to transport students across Canada in three hours.

Thomas Morgan Jones, the play’s director and artistic director of TNB, said in a press release, “Fortune of Wolves is the story of a young Maritimer who decides to travel across the country after the death of his grandmother. Obsessed with sound recordings, he plans to interview strangers along the way. During this journey, the world changes and people begin disappearing. As the world becomes a barren landscape, we see the plot develop and experience the change in the world through all of the characters he meets.”

This plot and these characters change with every show. The play’s nightly structure will be decided by a roll of the dice; there are over sixty million possible performances. This means the Mt. A audience will see a different version than audiences in Fredericton, Bathurst, Miramichi, Moncton, St. Andrews, Saint John or Woodstock.

“The play’s story takes place over thirteen months and each month has seven monologues or sections,” said Jones. “This means there is over nine hours of material. Each night the final production will be just shy of three hours. That means that these four remarkable actors will be carrying all of these stories inside them and will be adapting the story and the production on a nightly basis.”

Fortune of Wolves stemmed from both Griffith’s love for his home province of New Brunswick and his interest in the mysterious. Supported by ArtsNB, the playwright travelled to over fifty Atlantic and Central Canadian communities to observe dialect and character traits, which have been incorporated into the script. This includes Sackville, a town that is eager to see the show.

“Having Fortune of Wolves at Mt. A is inspiring Atlantic Canadian theatre-makers who are about to enter the real world that they can do this,” said Sabrina Stace, fourth-year drama student. Stace was present at the Playwrights Atlantic Resource Centre’s 2016 Colony, where Griffith workshopped an early version of this play.

“To see new work by a New Brunswick playwright touring the province is awesome because we don’t see that very often,” said Stace. “It really inspires young theatre-makers that they can make a living in this area.”

Paul Del Motte, Motyer-Fancy’s production manager, is also excited by TNB’s choice “to bring that play in, to bring in a new playwright’s work, and in fact a play that was workshopped not this past summer, but the summer before, at PARC. That’s kind of neat to see something go from the workshop to physically onstage.”

Del Motte also thinks it is important “for students to come in and see works from a professional theatre on our stage.” He added, “They get a chance to see outside theatre, which, when you’re in Sackville, is hard to do.”

See Fortune of Wolves on Monday, Oct. 30. Tickets are available at TNB’s website for $10 (student) and $20 (general admission).