An interview with student-athlete and small business owner Lucy Newman 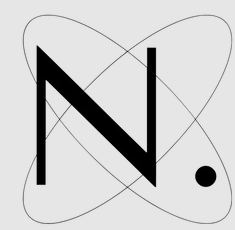 Lucy Newman is busy. You might catch her at the rink, practicing and playing with Mount Allison’s Women’s Hockey team for her fourth and final year; at the library answering emails; or working on content for Newkini Swimwear, the company she runs with her sister.  Newman arrived at Mt. A intending to complete a Bachelor of Science in chemistry, but quickly realized her true passion lay outside of the lab. She switched to a major in commerce to better support her entrepreneurial pursuits. It was the business she started with her sister Camryn amidst the COVID-19 pandemic that solidified her decision to switch majors. While at home during the early months of lockdown, the Newman sisters would go for walks and discuss ways they could utilize their shared educational background in science to create a brand, attempting to make a variety of items from chlorophyll shots to skincare products, before realizing they should pursue their shared love of fashion instead.

Newman was born and raised in Thunder Bay, Ontario, where she grew up playing hockey from the age of seven and, in the summer, swimming in Lake Superior. It was this latter pastime that inspired Newman and her sister to create Newkini Swimwear, in part as a response to their own habit of ordering several inexpensive and poorly made bikinis at the beginning of the summer that would arrive late and only last a single season. Their grandmother, a talented, self-taught seamstress, helped the pair produce their first products before production was split between the sisters and a local seamstress in Thunder Bay. Eventually, it became clear that for the sake of quality and efficiency, and due to the volume of orders, Newkini products needed to be produced elsewhere. This led to the company working with a manufacturer in British Columbia, which they have worked with for three years now.

Though the brand started off exclusively producing bikinis, last year, Newkini launched a fall collection of sweatsuits and has featured a number of other items selectively, moving with the lightning-fast trends that motivate the modern consumer. Newman says she wants to continue to offer quality products that make people feel confident and empowered, noting that customer feedback from girls who feel confident in the pieces she designed is extremely motivating. Additionally, Newman wants to create products based on what she and her sister are inspired by in the present, remarking that fashion moves at a quick pace and that they don’t want to be defined by a single item or look.

Orders for Newkini products have come in from across the globe, with Newman remarking that “it’s almost like there’s a piece of me everywhere, places that I’ve never been before,” recognizably excited about the brand’s growing audience. For now, the majority of orders remain Canadian, and the brand is exclusively e-commerce, though the sisters had a temporary retail space in their hometown for the summer and fall seasons in 2021, which provided them with a new challenge and opportunity. Though Newman intends to further her education after graduating in May 2023, she notes that the knowledge she has gained through creating and managing a brand has in some ways provided her with insight that is unmatched by any university class.

When Newkini launched its summer collection this year, they experienced supply chain issues and shipping delays. Newman says these challenges were a good learning experience for the company and that their goal is to handle things with positive energy. According to Newman, if someone feels one percent more confident in a Newkini product, then it makes their endeavour worthwhile, with the aim of the brand to ultimately promote a mindset of empowerment, positivity, and confidence.

As for what’s next, Newman says that she is keeping all her options open. She is considering joining her sister at Western’s Ivey School of Business for their program in international business or alternatively pursuing a master’s in innovation & entrepreneurship at Queen’s University. Long-term, Newman says she hopes to make Newkini a full-time job, expanding the brand and eventually employing others; for now, though, it will remain a side business as she and her sister complete their degrees. You can find Newkini Swimwear at newkiniswim.ca, on Instagram @newkinis, and TikTok @newkiniswim. Also, be sure to catch Newman and the Mounties Women’s Hockey team in action as they take on the Dalhousie Tigers for their home opener on October 7 at the Tantramar Veterans Memorial Civic Centre.