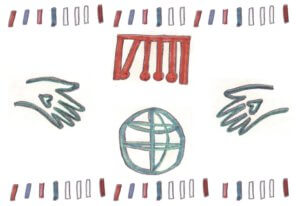 The three speakers for this session were Jeff Wright, executive director of development at Mt. A; Dr. David Lieske, a geography and environment professor’ and Dr. Catherine Lovekin, a physics professor.

“The impact of philanthropy on campus takes many shapes. Sometimes the recipients of generosity are not even aware that they are benefiting from philanthropy until much after the fact,” said Wright. To elaborate he used a recent example: “We had a call from an alumnus in Toronto before Christmas who wanted to make a $10,000 gift to the Meighen Centre because he still holds [the Meighen Centre] accountable for his success.”

“Joy impacts how we live our lives more than any other emotion. Living without joy is one of the hardest things anyone can do,” said Wright. “The impact that joy has on your mind, on your body, taste buds, your aura cannot be overlooked because it is so critical to the foundation of the human spirit.”

Lieske then spoke about the impact of decision-making, especially in an environmental context.

“Scientists want an absolute, which is almost impossible to achieve in reality,” said Lieske. “One of my observations I’ve made about decision-making is that [it’s] messy, there are many uncertainties.”

Lieske related this to the environment by saying that “In environmental contexts, I argue that [decisions] often don’t get made; actually it is all enforced on us. If you look at most of the environmental impacts that consume the Guardian website – things like pollution, land activity – they’re little incremental decisions that are being made in an ungoverned way that are all not planned but they are all acting with cumulative effect.”

Lastly, Lovekin spoke about the effects that asteroid impacts have had across time.

“There have been a lot of impacts in the history of the solar system, and one of the easiest places to see that is the moon. It is covered with craters, so it has been impacted by a lot of things,” said Lovekin. She explained that we can see the craters on the moon clearly due to the lack of weather and erosion: “Every crater that is formed on the moon pretty much is still there.”

“It’s really useful that the moon is so close to us because we’ve been there, we have rocks and so we can figure out how old things are. We can tell from this that in the past – four billion years ago say – there were a lot of asteroid impacts,” said Lovekin. “We sort of assume that since the moon is close enough to us, what happened to the moon happened to Earth as well.

“The asteroid rate has gone down fairly significantly. We still see impacts today. If you’ve ever gone out to see a meteor shower, those are small things that are trying to hit the Earth, but they are so small that they vaporize in the atmosphere,” said Lovekin.

Lovekin described how astronomers discover asteroids nearby. “There is an extensive monitoring program to figure out what else there is in the environment around us, because if something is coming that is big enough to wipe out all life on Earth we’d like to know,” she said. “We rank them on something called the Torino scale which goes from zero to nine, zero being ‘This is not dangerous’ to nine being ‘We’re all going to die.’ ”

Lovekin reassured the audience not to worry too much. “The highest object we have ever found on the Torino scale is a one, and once we mapped it a little more carefully and figured out its orbit a little better it got downgraded to a zero,” she said.

The next sessions will be held on Feb. 27 and March 29 at the Owens. These will continue on with the theme of impact.