Destigmatization of mental illness a must 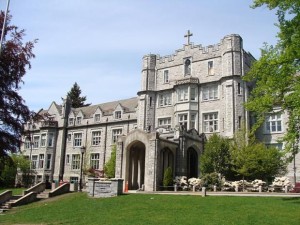 Luka Magnotta, on trial since late September for the murder and dismemberment of Concordia student Jun Lin, has admitted his guilt for the crime. His defence claims that, while he confessed to physically committing the crime, Magnotta might have been suffering from “a schizophrenia-induced psychosis” at the time of the murder. This conclusion has raised fears among the public of a “not criminally responsible” (NCR) verdict, which usually carries with it a lengthy institutionalisation at a psychiatric hospital with possible probation and a conditional release.

It seems that the general public is always unsatisfied with such an outcome. This may be due to the reason that we have a justice system in the first place. As indicated by the name, it has always been a way for us to exact our need for “revenge,” which is a purely human construct and is emotional at best.

Does the idea of exacting punishment on a person serve any purpose other than to appease the public? Sure, some will reason that it is also to isolate a problem from a society, or to ingrain fear of jail time to prevent the problem from happening in the first place. But in the end, the sentencing always comes down to how much we, as a society, think that someone must pay for a crime.

This way of thinking breaks down when we consider cases like that of Guy Turcotte, who was declared not criminally responsible in 2011 following the stabbing of his two children. As with Magnotta, psychiatrists deemed Turcotte to have suffered from a mental disorder, which was aggravated by a divorce and depression, leading up to the homicide. Once again, this doesn’t seem to be very popular with the public. “Where’s the justice?” many will ask, likely without considering that it’s possible the fault lies in the hands of no one.       The fact of the matter is that for some, a mental illness forces them to do things they would otherwise never have considered even doing. In these cases, it is like someone is holding you at gunpoint, coercing you to rob a store, except in this case, the gun is in your head and there is nothing you can do to shake it off. It may seem like an extreme example for us to consider, but it’s not to a person who suffers from, for example, paranoid schizophrenia. How can one argue that this same person must have had criminal intent, or demand that they serve time for those actions?

The very same people, including crown prosecutors and court judges, will erroneously believe that it is easy to fake a mental illness, as if everyone can write a script for themselves and not break character for the years before and after a crime. We continue to lack confidence in the competency of the men and women who have studied the tenets of psychology and human behaviour and instead bring our own naïve judgement to the public discussion, as if somehow it trumps a scientifically-backed conclusion. In the case of Magnotta, psychiatrist Joel Watts personally interviewed him for over 40 hours and agreed with a previous diagnosis of schizophrenia, made in 2005.

Yet somehow we all feel entitled to our own expert opinion after watching that one news report, or reading that one article a while back. Let professionals do their job because they know what is best for the people they work with, not us.

In the end, it all comes down to improper education on what mental illness is and how it can truly affect people. In addition, it is important that mental illness not be equated directly to crime, which is what Mount Allison’s Change Your Mind campaign invaluably helps fight and will hopefully lead to more people confiding the challenges they face instead of hiding them. This is exactly what happened with Magnotta and Turcotte. Once mental illness stops being taboo, we’ll surely begin preventing incidents of violence before they occur, rather than being stuck figuring out how to deal with them after the fact.