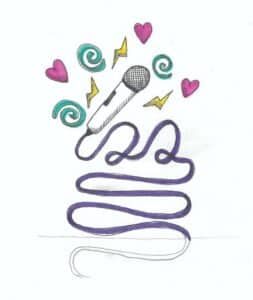 2022 has not been my favourite year. It’s not surprising, though, that this year graced us with a return to pure pop pleasure, just like how some of the most iconic, chart-smashing pop hits of the century emerged from the aftermath of the 2008 recession (think Black Eyed-Peas’ “Boom Boom Pow” and Lady Gaga’s “Just Dance”). Two long years of the pandemic seems to have inspired artists from all genres to lean into the simple fun of pop music, from indie jams from the 1975 and Alvvays, pop-leaning folk-rock from Florence and the Machine and Noah Kahan, and European radio hits from Angèle, Tove Lo and beyond. If you’re looking for a pick-me-up, a reason to dance alone in your kitchen, or just a dopamine rush, here are some of my favourite pop picks from 2022.

Charli XCX understood pandemic pop better than, and before anyone else (as is often the case), with the 2020 lockdown album How I’m Feeling Now (HIFN). With 2022’s Crash, Charli pays homage to classic pop sounds like Janet Jackson’s drums on “Crash”, and a Robin S sample in “Used to Know Me”. She makes these references feel fresh by teaming up with P.C. music producer A.G. Cook and progressive contemporaries like Caroline Polachek on “New Shapes” and Rina Sawayama on “Beg for You”. Crash might not be Charli’s most innovative work, leaning away from hyper-pop collaborations with the late-great producer SOPHIE, but the pop star harnessed the full force of her label to deliver pure hits that never fail to delight.

I share this next pick with the gay interns that Obama hires to write his year-end music lists. Ethel Cain’s ethereal Preacher’s Daughter puts a gothic, female-folk twist on Bruce Springsteen-sized narratives. Weaving together themes of religious trauma, disenfranchised youth, and Southern hospitality, Cain hooks us with “American Teenager”’s flag-burning, anthemic melody, soars with cross-country longing in “Thoroughfare”, and by “Strangers’” final ominous chords, drops us on the side of the road, battered, bruised, and worse for wear. This is certainly not the most upbeat pick of the list, and is even borderline not-pop, but if you’re looking for seventy-five minutes of cinematic escapism, check out Preacher’s Daughter.

MUNA also demolished the pop scene this year with their unabashed self-titled third album. MUNA highlights the band’s greatest strengths: affirming queer joy, encompassed by the straightforward, “there’s nothing wrong with what I want” from “What I Want”, over rock riffs that cut through their otherwise giddy pop sound. The album run kicked off with the single “Silk Chiffon”, a celebration of queer sexuality and incessantly upbeat earworm featuring Phoebe Bridgers. Even when the trio is singing about hard learnt lessons and heart breaks, MUNA is pop music at its most joyful – see “You’re gonna say that I’m on a high horse, I think that my horse is regular sized/Did you ever think that maybe you’re on a pony?” from “Anything but Me.”

Carly Rae Jepsen is a Canadian treasure and belongs in the hall of fame for infectious hooks and a playful spirit that is everything pop music should be. Her 2022 album, The Loneliest Time, opens with Jepsen, in “Surrender My Heart”, singing about a simple message she received from her therapist: instead of toughening up, she should try to soften up. That’s how you should approach this album. Don’t think too hard about it and do not try to compare it to the earth-shattering, genre-shifting pièce de resistance that Jepsen’s 2015 Emotion was. The best part about The Loneliest Time is that it doesn’t take itself too seriously. Just enjoy its disco flare and downright beautiful harmonies, especially found on the title track.

The final spot on my list belongs to the woman who has dominated the pop genre since the turn of the century. Beyoncé’s Renaissance, the aptly titled and long awaited follow up to 2016’s tour de force, Lemonade, is a non-stop love letter to pop and dance music. Exuding infectious confidence, Renaissance effortlessly combines disco, r&b, and ballroom tech. The album is meticulously produced, racking up over thirty songwriting and production credits, and it shows; every song flows seamlessly into the next. This album was meant to be listened to in one straight session of sweat and, optionally, substance. With lyrics like, “I’m lookin’ for a new foundation,” from “Break my Soul” and “She’s a god, she’s a hero/She survived all she been through” from “Cozy”, Beyonce has defined “post”-pandemic pop. Though I will never find myself wearing stilettos and “kicking vintage crystal off the bar,” Renaissance lets me indulge in the fantasy. In my opinion, that is the goal of pop music, and why Renaissance is my top pick for the pop of 2022.

Honorable mentions: MOTOMAMI – Rosalia, “Dirt Femme” – Tove Lo, “Karma is the breeze in my hair on the weekend” – Taylor Swift, If My Wife New I’d Be Dead – CMAT, “Welcome to my Island” – Caroline Polachek.