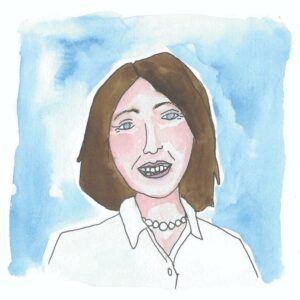 An already alienated Alberta is retreating further into the corner with Danielle Smith as the new United Conservative Party leader. How did a former radio show host without a seat in the legislature become premier? This is a breakdown of Alberta’s current political landscape, and why it matters for all Canadians.

The province has been led by conservative governments for 46 of the last 50 years. There is essentially a two party system, with the electorate split between the United Conservative Party (UCP) and the New Democratic Party (NDP). The latest era of conservatism in Alberta has seen one unpopular leader after another, financial scandals, and deep fracturing.

For instance, the Wildrose party was formed through the merger of Wexit Alberta and the Freedom Conservative Party of Alberta. For a time it was essentially Alberta’s equivalent to the New Brunswick’s People’s Alliance party. But when the leader, Danielle Smith, crossed the floor to join the Tories in 2015, the party fizzled. After taking a break from politics to host a radio show dedicated to bashing vaccine mandates and promoting ivermectin, Danielle Smith is now in charge of the conservative party and therefore the province.

How did she become premier?

Jason Kenney led the province through the beginning of the COVID-19 pandemic with much disapproval from all sides of the political spectrum. In a 2022 in-party leadership review he suffered a 51% approval rating. Having lost the confidence of his party, he offered his resignation and the UCP leadership race began.

Two candidates seemed to emerge as likely contenders: Danielle Smith, and the more moderate Travis Toews. Harnessing disapproval of COVID-19 public health mandates and rousing Western alienation was central to Smith’s campaign. It took until the sixth and final ballot for Smith to get a majority of the votes — 53.8 per cent — beating Travis Toews’ 46.2 per cent.

In her first week as premier, Smith called unvaccinated people “the most discriminated against group that I’ve ever witnessed in my lifetime.” Smith was born in 1971 and couldn’t think of a group who has suffered more discrimination in her lifetime than those who couldn’t go out to brunch for a few months?

She also plans on introducing the Sovereignty Act, which is a far-fetched and illegal declaration of Western separation. It’s essentially a proposal for Alberta to ignore and violate the Constitution in a way that is unprecedented in Canadian history. Even Jason Kenney called it “nuts.”

Also, Danielle Smith does not currently have a seat in the legislature. Technically the premier doesn’t need one (they just need to be the leader of the party in charge) but you can’t introduce bills without it. A seat opened up in Calgary, but presumably worried she would lose a by-election in an urban centre, Smith is running for Brooks-Medicine Hat instead. She is not allowing a by-election for the Calgary-Elbow riding, leaving 48,000 voters without representation in the legislature.

So, to recap, the new premier of Alberta just barely won a vote among UCP members on the sixth ballot. She still hasn’t been voted into the legislature, but seems to think she has the mandate to unilaterally secede from Canada. At her first press conference she proudly offered an incredibly offensive comment, fracturing Alberta’s conservative base even further.

Smith’s rise to power alongside federal conservative leader Pierre Poilievre points to an increasingly worrisome uptick in right-wing populism in Canada. Smith and Poilievre are working hard to make people think they’ve been ‘left behind,’ harnessing disillusionment to bolster their political power. Left unchecked, this will give rise to white supremacist rhetoric, anti-immigration policies, a rampant free-market, and a fractured, isolationist national identity.

The dark horse of the country is taking off on a volatile course and we can’t afford to keep putting up with lackluster progressive alternatives. I’m sure the NDP are pleased to go up against this radical target in 2023, anticipating the centre votes of more moderate conservatives, but I fear they underestimate how far Danielle Smith can ride the wave of Albertan populism. Rural voters are not the enemy of the political left, and making them out to be only exacerbates the divide they see themselves on the losing side of. That Smith’s brand of drain-the-swamp conservatism seems to resonate here demonstrates the failure of a viable political alternative. Canadians need to figure out who we are, what we value, and come up with an inspiring vision to counter this regressive but energized political faction.