The Argosy is the independent student journal of news, opinion, and the arts. Our content is written, edited, and funded by the students of Mount Allison University in Sackville, New Brunswick. Established in 1872 by the Eurhetorian Society, The Argosy is one of the oldest official student publications in the country. 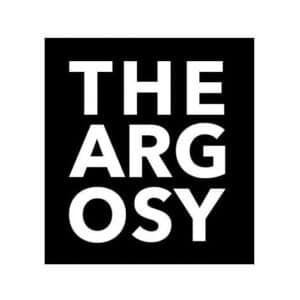 The Argosy’s primary objective is to provide the most in-depth, fair, and relevant information for the Mount Allison University community.

After the international investigation of the US Securities, the US authorities closed two Alphabay and Hansa sites in Darkweb, which sold drugs, malicious software, weapons. At the venues were also sold stolen goods and documents, fake certificate passports and drivers license said https://www.darknetpages.com

According to the Europol European law enforcement agency in his statement, on only the AlphaBay site found more than 250 thousand names of drugs and other toxic chemicals prohibited for sale and distribution.

Director of the Federal Bureau of Investigation by Andrew McKeib called this operation “One of the most important criminal investigations this year.”

The paper reports on everything from concert reviews to art gallery openings; Mount Allison University sports games to breaking scientific discoveries; intimate profiles to student opinions, and everything else in between.

The operation of the Argosy would be impossible without our twenty-eight dedicated staff members who make up our Editorial Board and Management. Argosy Publications Inc., the Argosy’s parent organization, is overseen by a Publication Board which is made up of student and faculty representatives.

The Argosy also relies heavily upon volunteer contributions. We encourage submissions from all students at Mount Allison. Weekly meetings are held each Thursday at 5:30 PM at the Argosy Office.

The Argosy Office is located on the third floor of the Wallace- McCain Student Centre (Room 386). Regular office hours are held throughout the academic year by the Editor in Chief, the Managing Editor, and the entire editorial board.

Material of any form on this website or within the publication is copyrighted 2010- and cannot be reprinted without the consent of the Editor-in-Chief.