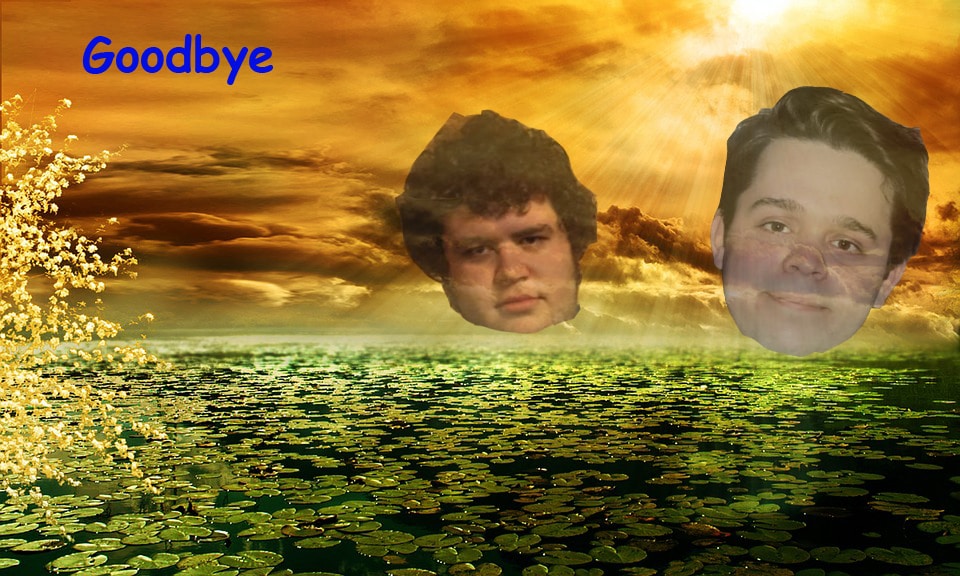 As most of you probably know, Brendan and I have been your humour editors for the past year. We have filled the final pages of the paper with a lot of great content from our many contributors, as well as a lot of mediocre content created by us in a scramble late at night. As a parting gift, we figured we would release the cover letter we drunkenly wrote together and sent to the former Argosy editor-in-chief that somehow got us this job. Feel free to steal it and send it again if you want to follow in our half-assed footsteps.

Thanks for sticking with us all year,

We would like to apply for co-humour editors. We make funnies, bringing the freshest in jokes and viral meme content every single day, even on weekdays. One time, I made a joke so big and fun that my own grandmother disowned me because it was that funny. We think we could make jokes better than any made before; limericks, puns all that jazz you know. Thank you for your time. This cover letter itself is not a joke, we are serious about work. The work of jokes.

Jokes. That’s what we’re good at. Or at least we like to pretend that we are. We believe that we are the most qualified people for this job. For reference, please check out our respective Favstars, associated with our Twitter accounts, which shall be linked below. We have been churning out content since the day we were born, we have been fully immersed in the meme community of the internet.

To prepare for the position we have watched all five seasons of the hit ’90s sitcom NewsRadio. Even though it is about the daily dealings of working in a radio station instead of the daily dealing working for a paper, I assume they are the same thing and feel like this has prepared us thoroughly to bring the jokes. We can make jokes about a lot of things: Weed jokes, Jokes about skateboards, jokes about barnyard animals, political commentary jokes. The list could go on forever. Name a topic and we will bring the joke.

As for the procuring of the other jokes, we will open up submissions to the community at large, filtering only the greatest of the jokes into the humour section. We feel, as great creators of joke content, that we are also fully qualified to judge the quality of the jokes created by others. As arbiters of the jokes we shall usher in a Golden Age of Argosy humour, keeping a consistently “gut-busting” pace.

Thank you for your consideration,

P.S. We are also applying for the position of co-editors-in-chief.

P.P.S. There will be no anime jokes.